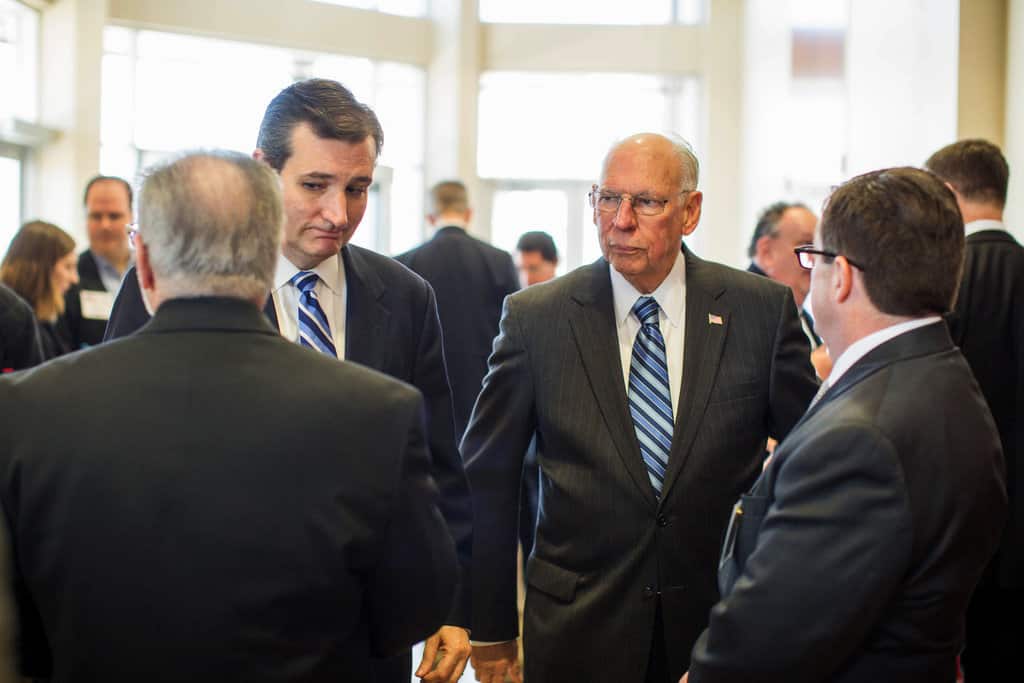 Ted Cruz Wouldn’t Visit Cuba, But His Reasons Are Hypocritical

Senator Ted Cruz has criticized President Barack Obama’s announcement to visit Cuba saying he would not visit the island “as long as the Castros are in power.” Cruz brought his family’s experience into the discussion.My family has seen firsthand the evil and oppression in Cuba. The President should be advocating for a free Cuba! #GOPTownHall

The really funny thing about Cruz saying that his father saw the evil in Cuba, is that his father helped the Castros get into power. His father, Rafael Bienvenido Cruz, was arrested and jailed in Cuba before fleeing to the US in 1957. However, he forgot to mention that his father was arrested by the forces of Cuban dictator Fulgencio Batista, which means that he was, therefore, jailed for fighting with Fidel Castro’s revolutionaries in an attempt to remove the right-wing ruler from power. Cruz’s father was a 1950s communist revolutionary, joining the rebel forces since he was 14. At the age of 17, he led a group of insurgents that aimed to sabotage Batista. After being jailed and tortured, Cruz was released and wanted to reach Castro’s camp in the Sierra Maestra highlands. Ted Cruz even wrote in his book, A Time For Truth,

“My dad asked if he could join Castro in the mountains and keep fighting,”

And in spite of the claims that his father did not know Castro was a communist (very hard to believe), the evil and oppression he experienced were not under the Castros. Yet, Cruz said Obama will be acting “as an apologist” and demonstrating “weakness and appeasement” to America’s enemies.

Marco Rubio, also a son of a Cuban migrant, slammed Obama’s visit saying it was a mistake, as well. Rubio was asked if he would pay a visit to Cuba if he were president, to which he replied he wouldn’t until Cuba was free. Not surprisingly, since 2014 Rubio had already accused Obama for being a terrible negotiator and of giving Cuba everything.

If it is not through dialogue, then clearly neither can can see other way to work on diplomatic relations and political changes except through military force. Cruz and Rubio have criticized Obama’s foreign policy calling it counterproductive for democracy in the region. This would leave military intervention as the only policy tool to bring about change, conveniently for their Neoconservative backers.

Cruz’s and Rubio’s opposition to Obama’s visit to Cuba is one more of the fault lines that separate Republican and Democratic candidates for the 2016 campaign. And it is also another action by Obama messing with the GOP (as was his visit to Baltimore’s mosque a couple of weeks ago). President Obama has now announced his trip to Cuba. He will be the first serving president to visit the country in almost nine decades, since Calvin Coolidge (1928). The visit will take place in mid-March, and will be part of a larger trip across Latin America.

During his visit, Obama is expecting to meet with president Raul Castro, members of civil society, and entrepreneurs. And surely he is expecting critics from Rubio and Cruz to grow; while votes among the Cuban diaspora in Florida could turn blue. The Cuban-American political affiliation towards the right has changed, seeing that the sanctions against Cuba did not accomplish anything and only hurt the population. Obama has stated on Twitter,

“Next month, I’ll travel to Cuba to advance our progress and efforts that can improve the lives of the Cuban people… We still have differences with the Cuban government that I will raise directly. America will always stand for human rights around the world.”

This message addresses the fact that Obama will continue working for the complete and peaceful reestablishment of diplomatic relations with Cuba, without forgetting that the people inside Cuba are not yet free. This way he satisfies those Cuban-Americans who wish to get closer to Cuba, while addressing the concerns of those who still fear the country.

Since the end of 2014, Obama’s government announced the process to normalize relations with the island. Diplomatic relations have been reestablished and the embargo on Cuba is slowly being removed.

Bigot Pulls Gun On Muslim Couple — Guess What The Judge Made Her Do?