Dearest Republicans: You DO NOT DESERVE A New Candidate 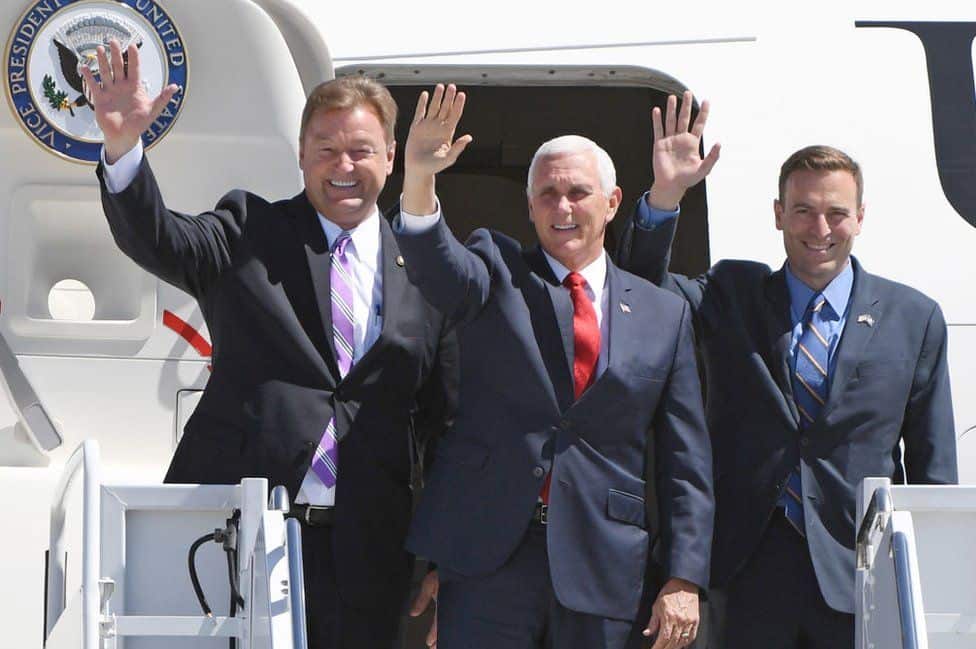 So your presidential candidate bragged about how he enjoys committing the crime of sexual assault, and now you don’t know what to do about him. That’s rough, Republicans. That’s a tough position position to be in. It must be pretty scary to realize that most of the country has finally woken up to the incontrovertible fact that your party is led by a remorseless predator.

Now Republicans, you are jumping off the Trump train into the guardrails of America’s suburbs, the weeds of America’s countryside, bouncing, scraping, and rolling into America’s living rooms to tell the American people that you had NO IDEA he was like this, and you can now no longer support him. It’s gotten so bad that the RNC has summoned its lawyers to look at ways that the Republican party could, at this very late stage, possibly push Trump off the ticket and replace him with somebody else, probably Vice Presidential candidate, Mike Pence. That would be unprecedented.

But here’s the thing, Republicans. YOU DO NOT DESERVE A NEW CANDIDATE!

You knew who and what Donald Trump was when you nominated him at the Convention in August. You knew he was whipping up white nationalism. You knew he was paraphrasing fascists from the 1930s. You knew he was scapegoating Mexicans, Muslims, black people, women. You knew he was bluffing as a billionaire. You knew that there had to be a legion of skeletons in the closet of his tax returns, to rival Army of Darkness. You knew he was the poor, illiterate man’s con artist. You knew he was a failed businessman, and he only had anything at all to his name because, paradoxically, the value of his brand prevented him from getting liquidated when he went bankrupt, so he was allowed to stay on his organization as a mere figurehead. You knew the only reason anyone has heard of him at all since about 1990 is because he has a rare gift for hollow self-promotion. And you knew that’s because he’s a diagnosable narcissist and psychopath.

The media were screaming about all of this, for a whole damn year, not because we were exaggerating, but because we saw him for what he was, and we were terrified that this man could actually become president. And we wanted you to throw up the only meaningful obstacle in his path, because only you had the power to do that, dearest Republicans.

Yes, denying him the nomination at the Convention would have hurt. Trump’s popularity among the white nationalist rabble so enamored with him would have caused a major backlash. You might have lost the election anyway. But instead, you chose The Art of the Deal with the devil, and offered him a path to the presidency in the hope that he might help you hold onto Congress, probably wouldn’t win anyway, but if he did, you might be able to control him. Or he might just end America’s 240-year experiment with democracy. But hey, you can’t gamble without losing a few chips, right, dearest Republicans?

So now here you are, a month from the election, and your party’s standard-bearer is imploding, because he’s a remorseless predator, and he’s too incompetent and delusional to understand why that’s a problem. And it’s affecting downballot races in an election that you thought, in theory, should have been fairly easy for you.

But well beyond your failure to block Trump at the Convention, Trump is no aberration to your party. Oh no. Trump has only said through a megaphone what you have been murmuring since at least 1980.

Starting with the Reagan administration’s catastrophic experiment with “trickle down” economics, you have been telling the country that rich people “create jobs.” Anyone who has looked at the actual data knows that, since 1980, productivity has continued apace since World War II, but median wages have stagnated, because supply side allowed the top margin of earners to leach all growth into bigger and bigger banks, corporations and private accounts. That money doesn’t create jobs or grow wages in the US, it gets parked in foreign tax-havens, creates sweatshops overseas, and is spent on foreign luxuries. You’ve been telling your voters for at least 36 years that rich people have magical powers. So a magical rich man came along and told everyone he could magically save the country, and your diehard voters believed it, even though it was an obvious scam. Good job, Republicans.

In 2010, you contrived to ram the Citizens United ruling through the Supreme Court, gutting all the campaign finance regulation since Watergate, and some that dated back to Teddy Roosevelt. And then you expanded the chicanery in McCutcheon in 2014. This was supposed to be the secret weapon that would lock you into power forever and ever. The biggest corporations had you in their pockets and they would fund mile-high Super PAC war chests. You would be able to monopolize the airwaves and take over the country permanently, and make it a paradise for the rich, bwahahaha, right? Feckless Jeb Bush came into the primaries with $100 million on hand, looking to lock out his competition. But he didn’t count on the actual rich predator. Having a lot of money is pointless if an actual millionaire can fly himself around the country and bark crazy things to big audiences. If you hadn’t gutted campaign laws, Trump never would have had any kind of advantage at the outset. Once again, you created this monster, Republicans.

Trump’s victimizing average Americans is not an aberration. Republicans, for years you have been telling the country Latinos need to “self-deport,” so when Trump came along calling them rapists and murderers, your voters didn’t hear an outlier, they heard someone who said what you said, but louder. You’ve been telling black people they need to respect the police when they’re being choked to death for selling loose cigarettes. Trump said it louder when he called for the execution of the Central Park 5, and calling for “law and order.” You’ve been telling women to close their legs, lose their reproductive healthcare rights and give their rapist parental rights. Trump said it louder when he said women need “punishment” for an abortion. You tried to redefine “rape” as “forcible rape” (as if non-criminal sexual assault were a category). Trump has said it way louder throughout his career, and is now paying for it.

Republicans, you conspired to force the government into dysfunction following the election of the first black president. You shut down the government to prevent the implementation of Obamacare. You’ve refused to vote on any bill that would create jobs. You’ve unprecedentedly refused to fill judge positions, culminating in an empty Supreme Court seat for the better part of a year, despite President Barack Obama’s middle-of-the-road nominee. Trump just said it louder and more crudely when he led the movement calling for Obama’s birth certificate for five years.

Republicans, you lied to the country about Iraq and thrust America into a needless war that has now been raging for fifteen years. The Bush administration destroyed the American people’s faith in government. Trump now runs on rhetoric that is totally devoid of fact or reality. And he calls for war crimes in the Middle East and violating the First and Fourth Amendment rights of American Muslims. Trump is channeling Bush, but more so.

Republicans, you have tried to act like George W. Bush doesn’t exist ever since he left office. Now you’re trying to act like Trump doesn’t represent you. And I’m sure, within weeks, you’ll try to act like Donald Trump never happened. But Donald Trump IS you, Republicans. You made him and he became you. He cornered your voters because, even though he’s an incompetent politician, he did what you have been doing for decades, and did it better than you. He did it bigger, louder, more viscerally, and with greater fantasy and spectacle. So no, you DO NOT DESERVE a new candidate.

So if the Donald Trump airplane is going to slam into the side of the mountain of the Electoral College, you don’t get any parachutes, Republicans. You stay in the cockpit with the megalomaniac steering it and you eat the debris of the impact. And in the next election, you come crawling back to the American people on your knees, owning the fact that you risked the very life of our democracy for expedience, and you beg us to forgive you, dearest Republicans.