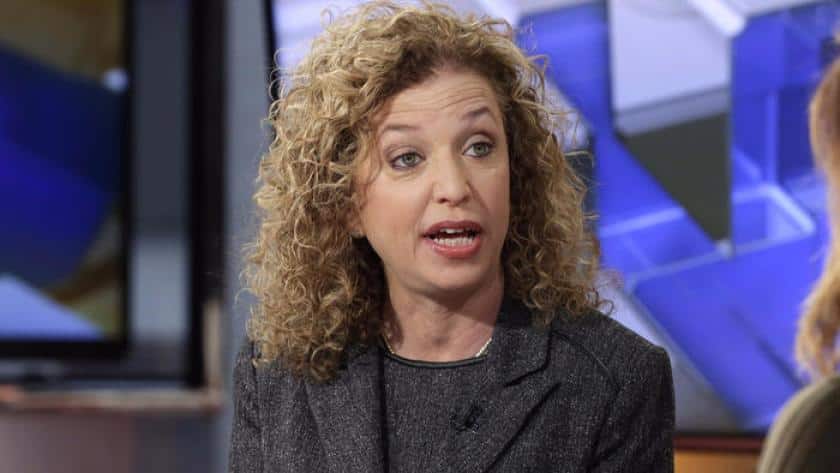 Any list of the most hated political figures in contemporary politics that doesn’t include Debbie Wasserman Schultz at or near the top quite frankly isn’t a very good list. The only people who hate Wasserman Schultz (colloquially known as “DWS”) more than republicans are progressive democrats. And it just so happens one of the latter plans on challenging her in 2016.

Tim Canova, a professor of law in south Florida and an activist with ties to Bernie Sanders, will be dishing up Debbie Wasserman Schultz her first-ever incumbent primary challenge, going after her congressional seat from her biggest and broadest flank… the left.

For those of you who don’t follow politics as religiously as some of us do, let’s bring you up to speed on who Debbie Wasserman Schultz is, and why she’s such a hated, polarizing figure by pretty much everyone who follows politics.

Debbie Wasserman Schultz Is The DNC’s Chairwoman, a title she assumed in 2011. She’s also a Congresswoman, representing Florida’s 20th District from 2005 to 2013, and Florida’s 23rd District from then on. But many critics will be quick to tell you she’s failing at both jobs.

As a congresswoman… well, let’s just take a look at her most recent scandal: right now, she’s co-sponsoring a bill with the GOP that would undermine federal payday loan regulations, a piece of legislation that would screw over minorities and the poor in a big way. That’s not exactly a move that endears her with the progressive left. And it’s just one of the many, many scandals that have come to define her tenure in the US House of Representatives.

But her biggest source of progressive blowback as of late stems from her position as DNC chairwoman. Many believe she’s been flat-out rigging the Democratic Primary in favor of Hillary Clinton, with a questionable primary debate schedule, compromising Clinton’s campaign data and blaming it on Bernie Sanders, and several other acts, some of which may have been potentially criminal, all favoring Hillary Clinton, whom Debbie Wasserman Schultz previously worked for.

You might be thinking Hillary Clinton’s supporters would approve of Debbie Wasserman Schultz, but in many instances, that’s also not true. Many blame her for the Democrats’ big losses in the 2014 midterms, for mishandling the party’s war chest leading into the 2016 season, and for generally putting her own political ambitions ahead of the needs of democratic candidates and the democratic party in general.

How do you take down a career politician whose in it for all of the wrong reasons? How do you end the tenure of a politician whom many consider to be corrupt, dishonest, disloyal, and motivated by greed and their personal political motivations rather than progressive ideology or liberal values?

Tim Canova worked as a legislative aid for late US Senator Paul Tsongas (D-MASS) in the 1980’s, before working as an attorney and then as a law professor. In 2011, he joined the Occupy Wall Street movement, and around that same time, he was handpicked by Senator Bernie Sanders to join an advisory panel on Federal Reserve reform, along with Robert Reich, Joseph Stiglitz, and others.

In facing off against an incumbent Debbie Wasserman Shultz, Tim Canova faces a serious uphill battle, but more importantly, he’s offering progressive democrats their best hope yet at dethroning one of the most polarizing figures to grace the Democratic Party in living memory. Can he build a strong campaign against one of Washington’s most nefarious political movers? Can he rally the people of Florida’s 23rd District behind his agenda? We’ll have to wait and see. But for all the thousands of Democrats who want to see Debbie Wasserman Schultz kicked to the curb, this may represent their best hope yet of ousting her.