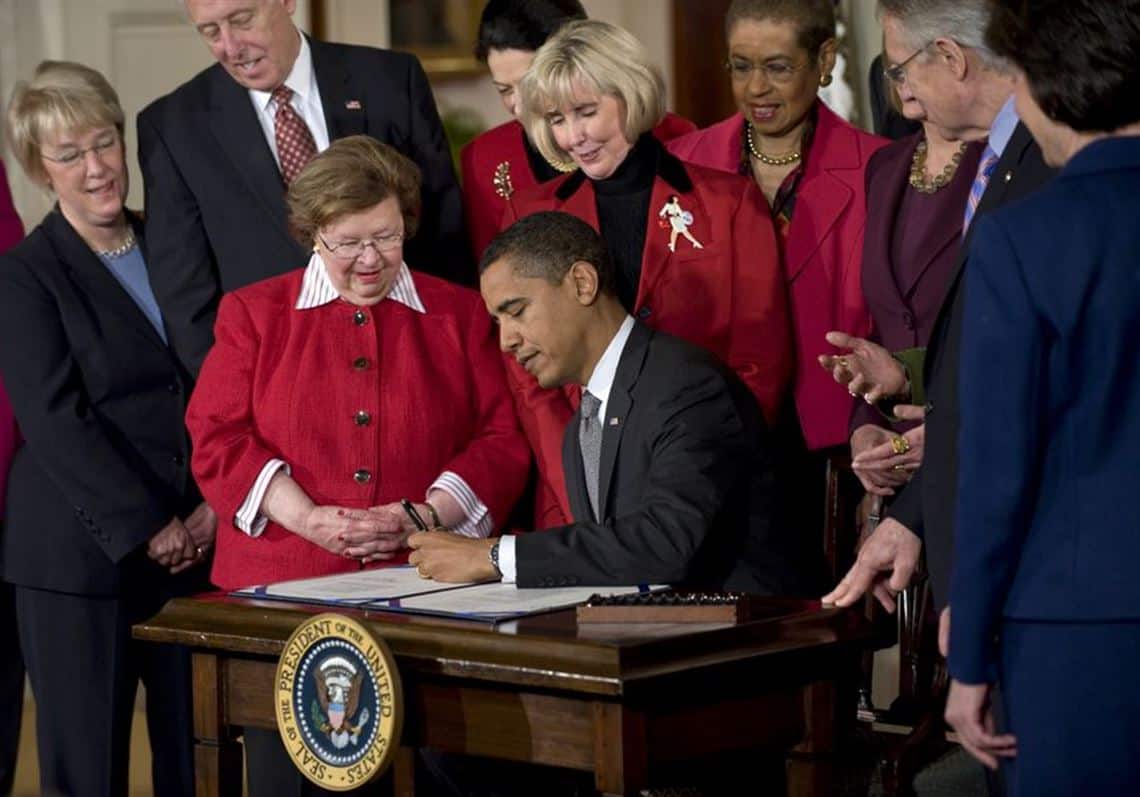 There’s a good chance you’ve seen it floating around on the web, like a turd that simply won’t flush: a meme created by right-wingers listing 37 (to date) of “President Obama’s accomplishments,” in as demeaning a way as possible. The meme has been bouncing around social media sites and email inboxes for years, often being amended. But just how much truth is there behind this list of claims? Let’s break the meme down, line-by-line, and see how accurate it is, shall we? Please note that this article will be presented in three parts, so we could be as thorough as possible when breaking down these lies. Please be sure to check out part 2 and part 3 of this series, too!

First President to apply for college aid as a foreign student, then deny he was a foreigner
False. One of the most widely-cited among “Obama’s accomplishments,” Snopes debunked thisyears ago. The rumor originated as an April Fool’s Day hoax. If Obama were an Indonesian citizen, Fulbright scholarships wouldn’t apply to him as an undergraduate student at Occidental College, which this rumor attempts to claim.

First President to preside over a cut to the credit-rating of the United States
True… almost. It was Republicans, not President Obama, who caused the credit rating downgrade in 2011. The downgrade was actually the result of “political brinksmanship.” Put another way: lenders were afraid Republicans would shut down the government rather than raise the debt ceiling. Their childish behavior was so out-of-control that the country’s credit rating was decreased. Hi Pot, meet Kettle!

First President to be held in contempt of court for illegally obstructing oil drilling in the Gulf of Mexico
False. The Interior Department of the US government was held in contempt of court (not President Obama himself) in 2011 for continuing a drilling moratorium when they weren’t supposed to. The judge who made this ruling has since admitted to owning Exxon stock, making it a conflict of interest. Also, you can’t actually sue the President over something he does in that official capacity, but hey, no need to get technical, right?

First President to require all Americans to purchase a product from a third party
False. This line references the health insurance mandate in the Affordable Care Act, aka “Obamacare.” Technically, the mandate wasn’t something Obama wanted in the first place. He campaigned against the mandate, proposed by Hillary Clinton in 2008. But way back in 1792, George Washington signed the Militia Act, which required every American citizen to own a musket. At the local, State, and Federal level various forms of insurance have been required for years. In most States, you’re required by law to have automobile insurance. This one is also categorically false.

First President to spend a trillion dollars on “shovel-ready” jobs when there was no such thing as “shovel-ready” jobs
False. The phrase “shovel-ready” has been debated over the years, mostly because it requires planning and funding to get the jobs started. Though many argue that by “shovel-ready,” President Obama actually meant workers could begin those jobs without much formal training. Despite this, the “trillion dollar” part of this right-wing lie is $950 billion worth of hyperbole. The shovel-ready budget was actually closer to $50 billion. The entire stimulus was $763 billion… a little over three-quarters of a trillion, but not quite a full trillion.

First President to abrogate bankruptcy law to turn over control of companies to his union supporters
False. This lie refers to Chrysler’s bailout in 2009. It’s true that the Obama administration violated the absolute priority rule in an effort to save American jobs, but that’s about as close to honesty as you’ll get with this lie. The unions weren’t given control of Chrysler, and if it weren’t for this action, countless jobs would’ve been lost. Go ask one of those factory workers if they’re upset today about the Obama administration violating the absolute priority rule.

First President to withdraw an existing coal permit that had been properly issued years ago
True! These are occasionally true, believe it or not! The EPA did pull a coal permit from Arch Coal for a mountaintop removal project in West Virginia. That project was going to cause irreparable damage to local waterways and pose a serious threat to the health of local residents. Also, are you familiar with the process of mountaintop removal? If you think that’s a good thing, then I’m sorry to break this to you, but… you’re a dick.

Next up: Part 2 of the series