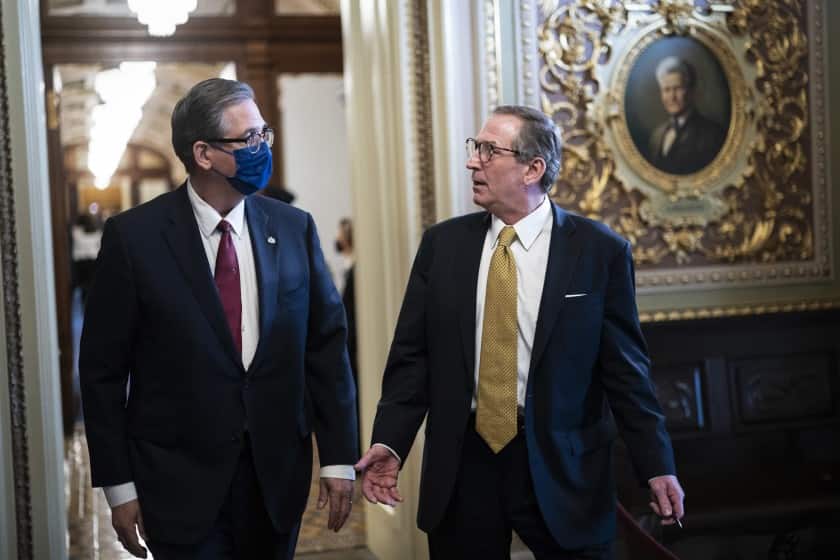 The resolution is sponsored by Representative Steve Cohen and questions President Trump’s fitness for office.

A group of House Democrats are officially questioning President Donald Trump’s fitness for office, introducing a “no confidence” resolution Wednesday. Rep. Steve Cohen, who sponsored the resolution, released a statement through Facebook:

Today my colleagues and I introduced a Resolution of No Confidence in President Donald J. Trump. Since taking office in January, President Trump has exhibited unacceptable and often offensive behavior for a President of the United States. He has taken the unprecedented action in the modern era of refusing to release his tax returns. He has refused to divest from his private business interests, creating conflicts of interest and potential violations of the Constitution’s emoluments clause. He fired his F.B.I. Director while the F.B.I. was investigating potential collusion between the Trump campaign and Russia. He recklessly provided Russian officials with classified information during an oval office meeting. He has repeatedly used Twitter to insult and undermine the press, Congress, and the Judiciary. His Cabinet has the fewest number of women and minorities since the Reagan Administration. The gender pay gap at the Trump White House is more than double the national average. The list goes on and on and on… President Trump has been President for six months and his probationary period is long over. This resolution sends a clear message to the President that we disapprove of his cumulative actions, that we are simpatico with our constituents and a majority of the America people, and that we have no confidence in his service.

The resolution represents the party’s first steps to impeachment of the president, though its supporters concede there is little chance it will pass the Republican-controlled chamber.

“Is it going to have an effect on him? Apparently, his family members don’t have an effect on him”, said Representative Cohen, who sponsored the resolution. “His Republican friends don’t; his Cabinet members don’t.” Nonetheless, Democrats hope to capitalize off of Trump’s historically low approval rating and send a message to the American people. “This is an attempt at a political intervention,” Cohen adds.

The formal vote of no confidence in the president may be symbolic, but it’s also an opportunity for House Democrats to air their grievances with their Republican colleagues, who have largely defended Trump’s controversial actions as president.  “This is not the behavior of the leader of the free world,” Rep. Sheila Jackson Lee told a reporter from The Hill.

“It is not normal,” said another Democratic representative. “Trump’s behavior is cruel and unethical, and it’s driving the people’s faith in government to dangerously low levels.”

Meanwhile, House Republicans have failed to repeal and replace Obamacare, and a Medicare for All or single-payer system polls remarkably well.