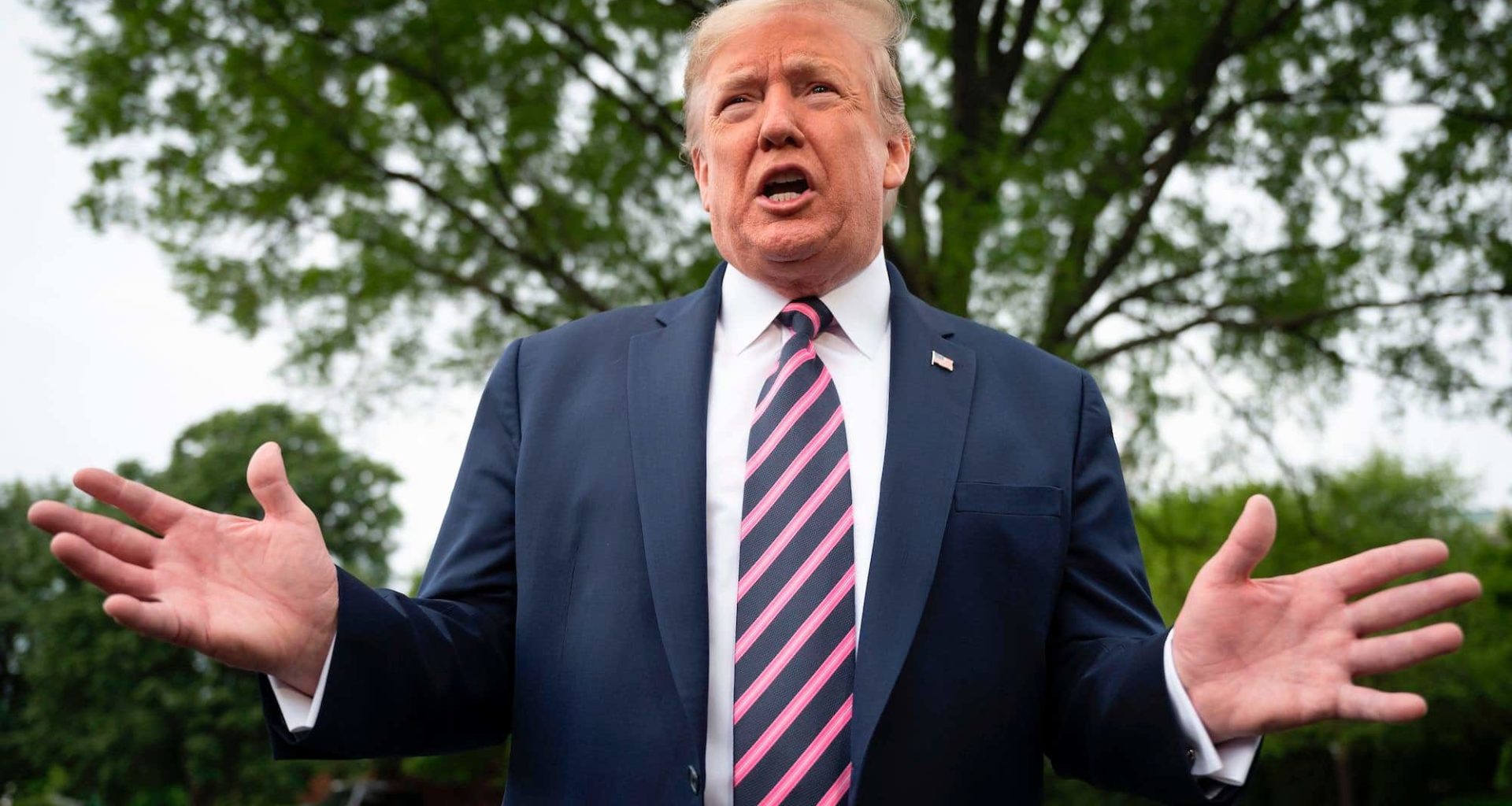 You know things are going horribly for the rest of GOP presidential field when front-runner Donald Trump is able to make time to talk about his hair. It’s no secret that Trump’s hairdo is almost as famous as his brash, obnoxious persona. However, a debate has raged in recent decades as to its authenticity.

Well, during a Trump speech in Greensville, S.C. on Thursday, a woman named Mary Margaret Bannister had the unique opportunity to put the debate to rest.

Here’s a clip from CNN of the incident.

Bannister told CNN that she went with her husband listen to Donald Trump’s point of view. While the boisterous businessman was speaking, somehow the conversation turned to his hair. Trump suddenly felt the need to prove to the world it wasn’t fake. That’s when he called on Mary.

“It was a very bizarre experience,” she said.

“You know, I was just listening to the speech and then it just kind of happened.”

Before a crowd of approximately 1,400 people, Bannister gave a yank and Donald Trump wasn’t left bald. This act either proved that Trump’s hair is real or that he can afford an adhesive that’s remarkably efficient. Most eyewitnesses went with the former explanation.

Although Trump’s volunteer hair-puller told CNN that she’d never met him before (and Trump insists the decision was random), it’s not as if the woman a stranger to Republican politics. Mary happens to be the wife of South Carolina House Majority Leader Rep. Bruce Bannister. Of course, such a fact hardly prepares one for getting up close and personal with Trump…or his hair.

Before a crowd of approximately 1,400 people, Bannister gave a yank and Donald Trump wasn’t left bald.
It shouldn’t be too surprising that Donald Trump wanted to pay tribute to his copyright-worthy hair. Trump actually spent a good portion of the evening discussing his favorite topic — How great he is, and how much better he is than most people. The New York Times reports the GOP candidate went so far as to read the full front-page article from their paper, which was (surprise!) all about him.

As for his nearest Republican competitor Jeb Bush, apparently he’s just not animated enough for Trump’s liking. Donald took the time to bash Jeb’s “low energy,” and claim he would be a much “tougher” president. Jeb Bush has tried to communicate with conservative voters that he would be a more sensible shot at the White House than Donald Trump. It’s hard to feel any sympathy for the struggles of Bush given his history as Florida’s governor, and his treatment of the recent Virginia shooting.

Besides, saying that Bush is a better presidential candidate than Trump is like saying that having your toe shot off is less painful than being drawn and quartered. You might agree, but who’d willingly chose either option if both experiences could be avoided outright?

Donald Trump isn’t worried about Jeb Bush, or any other conservative opponents at this point. For whatever reason, the GOP has allowed itself to be out-shouted and out-trolled by someone who happens to be a walking advertisement for everything wrong with the far-right. Perhaps they’ve really convinced themselves that a man who takes time from a “busy” campaign to call on people to pull on his hair is their best chance at a successful 2016 election outcome.

It’s not surprising that the majority of GOP members and supporters don’t know when it’s time to panic. Common sense and critical thinking were burned at the stake as witches some time ago.

As for Trump and his hair, the fact that it’s real isn’t necessarily the best of news. This stunt would only serve to prove that Donald’s hair looks like that due to a terrible life decision.

Donald Trump willingly walks around with that hairdo. Just let the implications of that sink in, folks.