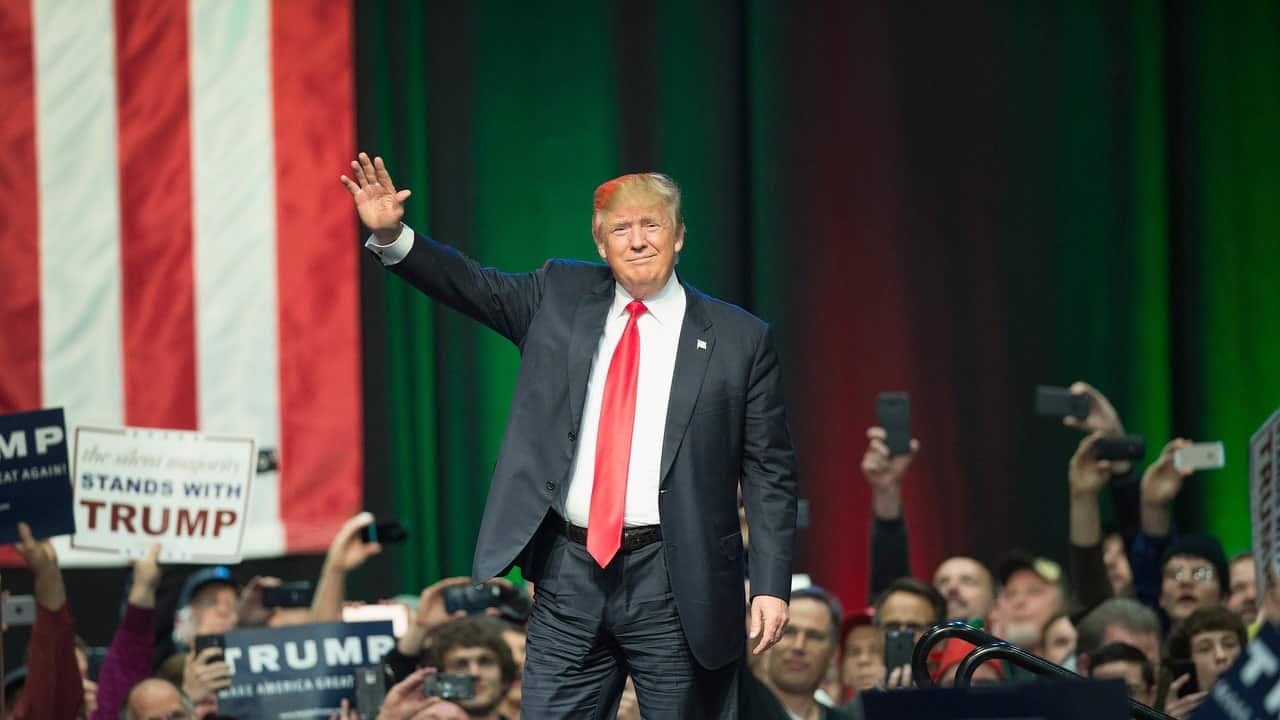 The more time Donald Trump spends in the public eye, the less amusing his candidacy becomes. Yes, his tendency to move his lips as he thinks has led to all sorts of hilarity, his hair is awful, and his lead in the polls could prove the doom of the Republican Party. But that’s the thing: he is leading in the polls, and when you consider what he’s done to reach that position, he becomes a lot less entertaining and a lot more alarming. Donald Trump is a fascist, and he’s leading the polls by preaching a fascist message. This isn’t because Trump recently received the endorsement of David Duke. Nor is it because he has a growing fan club in the white supremacist community. It’s not even because Trump once slept with a book of Adolf Hitler’s speeches by his bedside.

Those are all telling details, to be sure, but more telling still are Trump’s actual words and policy proposals. Fascism is a term that can be somewhat difficult to nail down, but I like the lengthy definition proposed by Italian writer Umberto Eco, which explores the idea from a number of directions:

“The first feature of Ur-Fascism is the cult of tradition.”

Nowhere is this more obvious in Donald Trump’s speeches than in his endless promises to “Make America great again,” a phrase he’s been using for months:

“‘I know what needs to be done to make America great again. We can make this country great again. The potential is enormous and I am seriously thinking of running for president,’ Trump said as the crowd cheered.”

This is little more than a mindless appeal to turning the country back to a mythical time when America was great and all was right with the world. It defies the country in an almost mystical sense. The “America” Trump is speaking of never existed, save as an abstract subject of mindless nationalism. It is also alarmingly reminiscent of the Nazi concept of Blud und Boden – blood and soil – which romanticized the nation as an abstraction of the land and of the racial identity of its peoples. And that brings us to another piece of Eco’s definition of fascism:

“To people who feel deprived of a clear social identity, Ur-Fascism says that their only privilege is the most common one, to be born in the same country. This is the origin of nationalism. Besides, the only ones who can provide an identity to the nation are its enemies. Thus at the root of the Ur-Fascist psychology there is the obsession with a plot, possibly an international one. The followers must feel besieged. The easiest way to solve the plot is the appeal to xenophobia.”

I scarcely need to remind you of Trump’s  virulently racist rhetoric and his seemingly impossible proposals to build a giant wall and deport all 11 million undocumented immigrants. And people are responding to this, to the point of violently attacking the “others” that Trump has targeted. That alone is troubling. More troubling still was Trump’s response:

Again we have the appeal to a mythical America, coupled with the suggestion that the vicious assault on a homeless Hispanic man is a part of somehow making America great. The action is writ small, but it is entirely in keeping with the Nazi notion of Blud und Bond. Consider again Trump’s promise to deport 11 million undocumented immigrants. Yes, the idea is objectively absurd, but Trump is not a man to shy away from absurdities. And his proposal is not terribly different from Nazi policy towards Germany’s Jews during the 1930s. While the regime was viciously antisemitic, and while it encouraged acts of violence, the official policy of mass extermination that led to the horrors of the Holocaust was not to come until well into World War II. During the 1930s, much of the regime’s policy towards Germany’s Jews had the intention of driving them from the country. By the time that war erupted, at the end of the decade, Germany’s Jewish population had gone from 522,000 to 214,000. It was only after the territory controlled by Germany had expanded, and the Jewish population under Germany’s rule had thus grown to a point where forcing Jews to emigrate was no longer viable, that talk turned to a Final Solution. When a hypothetical Trump finds that his dream of deporting 11 million undocumented immigrants is impossible, where will he then turn?

Another notable feature of Donald Trump’s rhetoric is his belligerent approach to those who disagree with him. He doesn’t argue against their words – he resorts to schoolyard insults. His opponents are “stupid” or “dummies” or “lightweights.” His speech has the patterns and vocabulary of a 3rd grader. This is entirely in keeping with his anti-intellectual approach and is another feature of fascism:

“Distrust of the intellectual world has always been a symptom of Ur-Fascism, from Hermann Goering’s fondness for a phrase from a Hanns Johst play (‘When I hear the word ‘”culture” I reach for my gun’) to the frequent use of such expressions as ‘degenerate intellectuals,’ ‘eggheads,’ ‘effete snobs,’ and ‘universities are nests of reds.’ The official Fascist intellectuals were mainly engaged in attacking modern culture and the liberal intelligentsia for having betrayed traditional values. . . . All the Nazi or Fascist schoolbooks made use of an impoverished vocabulary, and an elementary syntax, in order to limit the instruments for complex and critical reasoning.”

And then there is Trump’s infamous misogyny, which has targeted virtually every woman he has encountered. This, as well, is a feature of fascism:

“Since both permanent war and heroism are difficult games to play, the Ur-Fascist transfers his will to power to sexual matters. This is the origin of machismo (which implies both disdain for women and intolerance and condemnation of nonstandard sexual habits, from chastity to homosexuality). Since even sex is a difficult game to play, the Ur-Fascist hero tends to play with weapons — doing so becomes an ersatz phallic exercise.”

Lastly, take the image that Donald Trump presents to the world. He is a living breathing brand, an artificial construct designed to project a certain calculated image. Trump the brand is a distinctly American interpretation of the cult of personality that underlies fascist regimes.

“In a democracy, the citizens have individual rights, but the citizens in their entirety have a political impact only from a quantitative point of view — one follows the decisions of the majority. For Ur-Fascism, however, individuals as individuals have no rights, and the People is conceived as a quality, a monolithic entity expressing the Common Will. Since no large quantity of human beings can have a common will, the Leader pretends to be their interpreter.”

To many, Donald Trump is little more than a bloviating buffoon, and it is more than obvious that he would do an absolutely wretched job as president. But his buffoonery and bluster are a part of his brand and, beyond the fact that he eschews the usual Republican code words and indulges in naked racism, his brand is the reason for much of Trump’s popular appeal. Benito Mussolini was also a buffoon and not terribly good at running a country. One thing he excelled at was building and exploiting the cult of personality that surrounded him. The raw political power that Mussolini harnessed allowed him to do an incredible amount of damage to Italy and to the world.

Donald Trump is a very dangerous man. He is participating in a democracy, but he is not running the campaign of someone who believes in democracy. He appeals to mob rule and racism, to fictional dreams of a once-great America. He bullies the press and is applauded for it. His fascism may not be the fascism of Germany or Italy or Spain. It is a uniquely American take on the concept. But make no mistake: Donald Trump is a fascist. It can’t happen here, we say. Not in America. I beg to differ. It is happening right now, and Trump’s very words are the evidence.