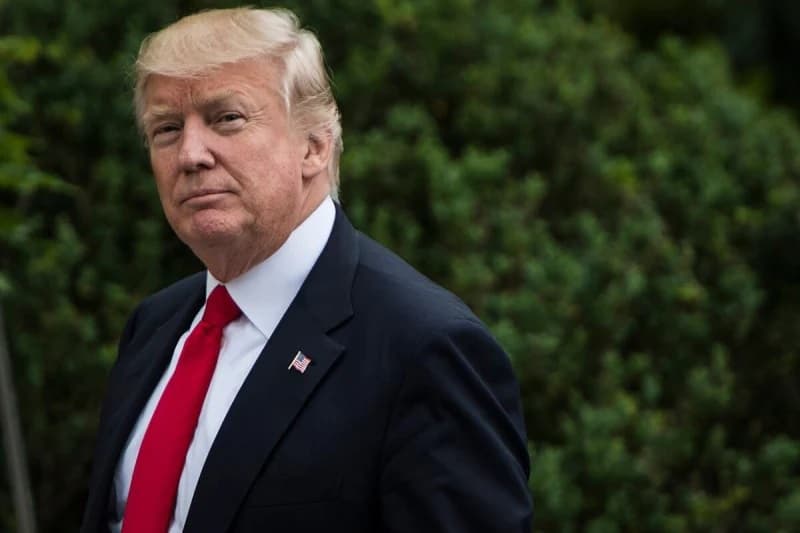 Liberals see Donald Trump as a racist and a fascist. Meanwhile, conservatives claim he’s a closet Democrat. That sounds crazy, but it turns out, they’ve got the liberal quotes to prove it.

On January 21, “The Trump Tapes: Vol. 1,” a montage of video clips with Donald Trump’s liberal quotes made its debut on YouTube.

Politico reports the video was produced by Our Principles, a PAC founded by Katie Packer, a GOP strategist and Mitt Romney’s deputy campaign manager in 2012. A filing with the Federal Election Commission (SEC) reveals that they’re going hammer and tongs in Iowa. So far, the group has spent nearly $45,000 on a direct mail campaign and $3,000 on radio ads.

“Our Principles PAC has focused on conservative principles and ensuring that voters have the necessary information to make a wise decision on Election Day.”

And no, she’s not saying anything about whether her former boss Mitt Romney put her up to this. But since the video is labeled “Vol. 1,” it appears that more footage with liberal quotes from Donald Trump will follow.

Here’s the video with the first round of liberal quotes from Donald Trump.:

But here’s the big question: Will this latest attempt to smear Donald Trump (and now, his campaign spokeswoman Katrina Pierson) as being too liberal make even the slightest difference to Trump’s supporters? Jeb Bush’s campaign tried this back in September and it had no apparent effect.

Alas, the Republican leadership doesn’t get it. What the right-wing establishment refuses to understand is that Donald Trump’s supporters flat-out disagree with the GOP’s economic agenda. Like Bernie Sanders’ supporters, Trump’s followers want better-paying jobs, economic security, and a strong social safety net. The main difference is that Trump’s supporters believe these benefits should only go to “deserving” folks who are “real” Americans like themselves.

Conservatives claim Donald Trump’s a Democrat in disguise, based on these liberal quotes.

1. Donald Trump on Universal Healthcare: “Everybody’s got to be covered, this is an un-Republican thing I’m going to say, I’m going to take care of everybody.”

2. Donald Trump on taxing the rich: “Well, basically, this would be a one-time tax, 14.25 percent against people with a net worth of over 10 million […] It would pay off in its entirety the national debt of $5.7 trillion, and you’d save $200 billion a year. So taxes for the middle class would go way down, the estate and inheritance tax totally wiped out, and the Social Security system would be saved.”
— NBC, “Good Morning America,” 11/10/1999

4. Donald Trump on guns and background checks: “I generally oppose gun control, but I support the ban on assault weapons and I also support a slightly longer waiting period to purchase a gun. With today’s internet technology we should be able to tell within 72 hours if a potential gun owner has a record.”
— Donald Trump, “The America We Deserve,” 2000

5. Donald Trump on quitting the GOP: “I really believe Republicans are just too crazy […] I mean, hey, I lived in New York City, Manhattan all my life, okay? So my views are a little bit different than if I lived in Iowa, perhaps.”
— NBC, “Meet the Press,” 10/1999

7. Donald Trump on who’s the most qualified to make a nuclear deal with Iran: “Hillary Clinton. Hillary’s always surrounded herself with very good people, I think Hillary would do a good job.”
CNN, “The Situation Room,” 9/24/2007

8. Donald Trump on impeaching George W. Bush: “I’m very impressed by her [then-House Speaker Nancy Pelosi], she’s a very impressive person. I like her a lot. She was going to really look to impeach Bush, and get him out of office, which, personally, I think would have been a wonderful thing.”
CNN, “The Situation Room,” 9/24/2007

9. Donald Trump on Obama’s economic stimulus: “I thought he did a terrific job […] I thought he was strong and smart, and it looks like we have somebody that knows what he is doing finally in office, and he did inherit a tremendous problem. He really stepped into a mess, Greta [Van Susteren].
Fox News, 2/9/2009

11. Donald Trump on immigration and the DREAM Act: “For people that have been here for years, that have been hard workers, have good jobs, are supporting a family, it’s very, very tough to just say ‘you have to leave, get out.’ How do you throw someone out that’s lived in this country for 20 years, you just can’t throw everybody out.”
— Fox News, June 18, 2012.