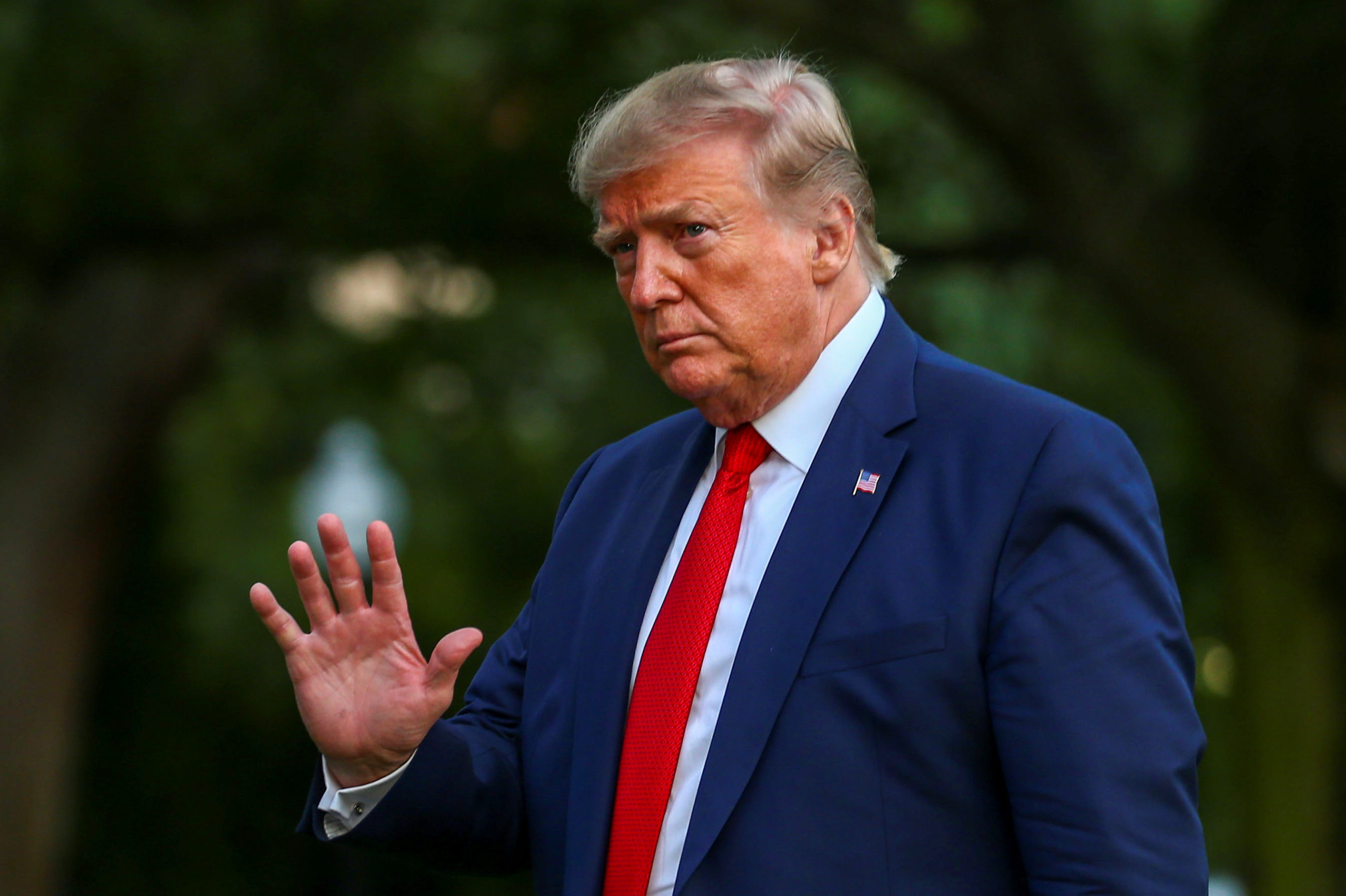 America Needs To Have A Serious Conversation About Donald Trump

For over a year, we’ve watched Donald Trump’s behavior grow increasingly bizarre. Our reactions to his erratic, bombastic behavior have gone from gleeful to shock to horror and now numbness. We expect the insanity from Trump. We have become inured to it. When Trump goes an entire news cycle without offending an entire segment of the population, he gets called “presidential.” That’s the height of the incredibly low bar of standards we have set for Trump.

He brags about his magnificence, his genius, his strength, without nothing to back his claims. Trump grasps onto conspiracy theories and passes them off as fact. This is the man who made the leap from reality TV into politics based on his birther beliefs, after all. When confronted with facts, Trump doubles down on his own wild tales.

Trump lies, and not in a fashion that the American electorate has grown accustomed to when it comes to politicians. No, Trump lies in a soaring, towering manner, he lies not simply to spin a narrative but to actually construct an alternate reality.

The GOP nominee will say one thing on television one day, and the next, look straight into the camera and say, “I never said that.”

His attention span is non-existent. Trump can barely finish a thought before his mind seems to stutter and he’s off on another wild tangent. He cannot handle even the slightest criticism or mild insult without whipping himself into a towering rage, which is then often played out in real-time via Twitter.

It’s not funny. And it’s not an aspect of a presidential candidate to which we should become numbed. Donald Trump’s behavior is so erratic and bizarre that analysts are openly questioning the man’s sanity. Trump’s behavior is so concerning that his sanity is being questioned not just here at home, but in the global section of newspapers like the Toronto Star.

“Is Donald Trump okay?” the Canadian paper muses, and refers to his behavior as “the elephant in the room,” wondering why Trump’s mental health is being “tiptoed around” when electing an insane person to the White House is insanity in itself.

When Michael Bloomberg spoke at the Democratic National Convention to endorse Hillary Clinton, his plea to the electorate was simple, but ominous.

Let that sink in. He made both the argument that Clinton is competent, and the allegation that Trump is not sane. And he is not the first.

Stephen Hayes, a conservative writer for the Weekly Standard, was more blunt. “Donald Trump is not of sound mind,” he wrote.

“Have we stopped to appreciate how crazy Donald Trump has gotten recently?” Ezra Klein mused on Vox.

There’s an entire flock of writers and political figures who have raised the possibility that Trump is mentally incompetent- not as an insult, but as an actual concern. Liberals and conservatives both have begun raise doubt about Trump’s sanity — and this man is one step away from the presidency.

A former Mitt Romney campaign strategist stated that he believes that Trump either has a substance abuse problem, or else he is truly mentally unbalanced.

“At best, this is a very damaged person. And there’s probably something more serious going on.”

Last November, when it became apparent that Trump, despite his lack of substance, had captivated the right, Vanity Fair asked several psychologists to weigh in. Although impossible to give someone a firm diagnosis without interaction, they all agreed that Trump is a troubled person, with an obvious diagnosis.

“He’s so classic that I’m archiving video clips of him to use in workshops because there’s no better example of his characteristics. Otherwise, I would have had to hire actors and write vignettes. He’s like a dream come true.”

Only it’s not a dream. It’s more like a nightmare.

Bullying As A Symptom

Michaelis explained the potential diagnosis in full, pointing to Donald Trump’s “bullying nature,” such as taunting Senator John McCain for his capture and status as a prisoner of war during Vietnam, or constantly saying that GOP candidate Jeb Bush has “low energy.”

In an even more telling example, Donald Trump openly mocked a journalist with a physical disability — and then, in classic narcissistic style, denied that he had made fun of the man and then demanded an apology.

Joseph Burgo, psychologist and author of The Narcissist You Know, also agreed with the narcissistic personality disorder diagnosis in an interview with the Huffington Post. He was struck in particular by Trump’s constant division of people into “winners and losers,” and stated that it’s actually a symptom.

“Narcissists like Donald Trump… are constantly driven to prove themselves among the ‘winners’ of the world, often by triumphing over or denigrating other people as comparative ‘losers.’ If you examine Trump’s language in his public statements as well as in the debates, you will hear him proclaim his winner status again and again while sneering at his detractors as losers.”

Burgo explained that this type of “me-versus-everyone” mentality and behavior is often a narcissist’s way of trying to hide feelings of emptiness and shame. You know, sort of like standing on stage during a nationally televised debate while exclaiming that your penis is actually really big, despite rumors to the contrary. People with high levels of narcissism tend to be driven by unconscious feelings of unworthiness, Burgo stated.

“The constant self-aggrandizement reflects an ongoing, non-stop effort to build up and support a self-image that contradicts this unconscious sense of defect. You don’t need a doctorate in psychology to wonder whether a man who feels the need to forever trumpet his superiority might feel an entirely different way underneath. The gentleman doth protest too much, methinks.”

Trump Is ‘Only Serving Himself’

The American Psychiatrist Association has declared it unethical for psychiatrists and psychologists to “comment on an individual’s mental state without examining him personally and having the patient’s consent to make such comments.” The willingness of mental health professionals to break that rule indicates the level of their concern.

As Michaelis explained, there should be concern.

“He’s applying for the greatest job in the land, the greatest task of which is to serve, but there’s nothing about the man that is service-oriented. He’s only serving himself.”

RELATED: Watch Trump Kick A Baby Out Of His Rally – Yes, For Real

If the Republican candidate is truly mentally unfit for the presidency, then what does that say about those who support him? For one mental health professional, the Trump “enigma” may arise because some Americans believe that Trump is a bellwether, that a man whose own website refers to him as the “the very definition of the American success story, continually setting the standards of excellence” has an appeal to a certain mindset.

“For me, the compelling question is the psychological state of his supporters. They are unable or unwilling to make a connection between the challenges faced by any president and the knowledge and behavior of Donald Trump. In a democracy, that is disastrous.”

This is no longer a laughing matter. Our democracy is at stake.