In 100 Minutes Of Rambling, Trump Proves To Be A Foreign Policy Moron (VIDEO) 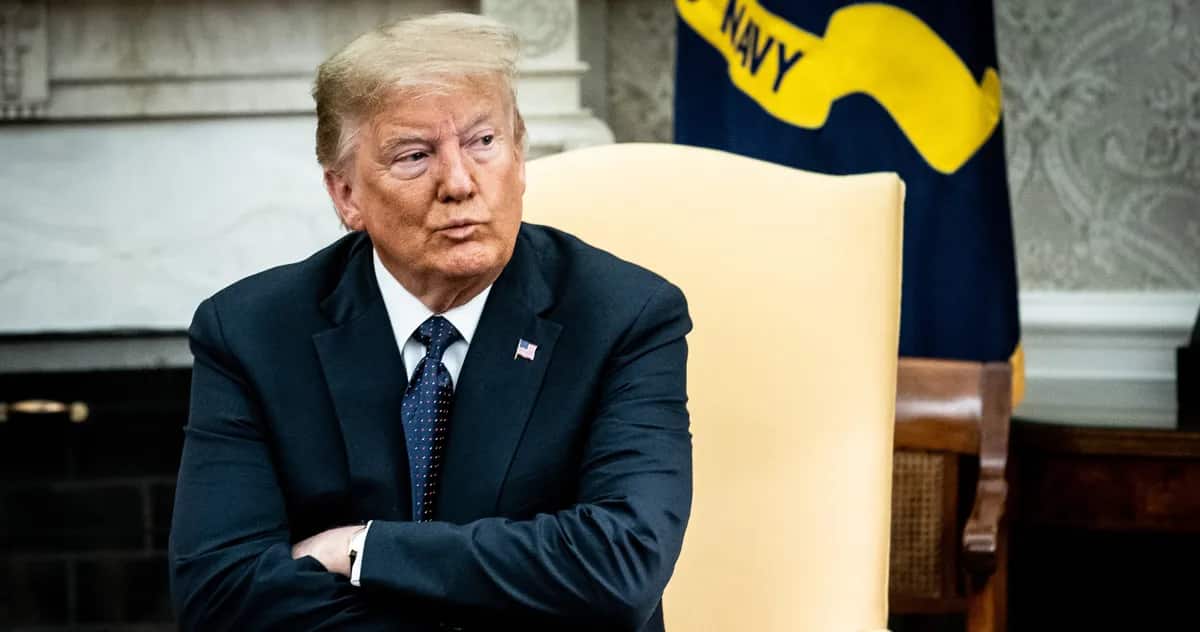 If there is one thing that has become painfully clear, it’s that when it comes to understanding foreign policy, Donald Trump has no clue what he’s talking about. Trump has been playing the “America is a victim” card since he begun campaigning, which is rather mind-boggling.

A major interview in the New York Times, in which Trump rambled for 100 minutes regarding his foreign policy “ideas,” gave pundits good insight into how Trump would destroy the fucking planet if given half the chance.

He told the Times that he wants to stop importing oil from Saudi Arabia, which actually isn’t all that bad of an idea in principle, given the brutality of the Saudi regime and the immense criticism that the U.S. opens itself up to by propping it up. At the same time, there are solid reasons that America has the relationships it has. Oh, and there is that pesky problem of the U.S. not being energy independent.

He wants to pull troops out of places like Japan and South Korea and let them handle shit themselves. Again, not a terrible idea in principle, but in reality it’s terribly unrealistic and dangerous. It’s not as if America’s presence on foreign soil is celebrated by all, but his understanding of why the U.S. is situated in the places it is seems to be completely absent.

For example, the U.S. signed treaties with Japan post-WWII in order to neutralize their power as a military force and give the U.S. power in a region to protect its own interests. It’s part of an intricate series of decisions made at the end of the war to come up with international order.

He also believes that NATO is a one-sided affair and that the U.S. is a victim paying way more than it’s fair share and questions American involvement:

Trump’s problem is one of not understanding that one must give to receive, and it shows that he is more than willing to screw over anyone the U.S. has ever made friends with and who have helped the U.S. become the superpower it has become.

“This is part of why foreign policy professionals tend to express such alarm when Trump suggests that he might reconsider, say, American involvement in NATO. It’s not just about NATO. Whether he realizes it or not — and I suspect he doesn’t — Trump is threatening to tear up the international system on which the US and much of the world relies.”

No, he probably doesn’t realize it, nor does he really seem to give a flying fuck. Fischer further states that what the U.S. is doing is not being screwed out of money, but investing in a secure future:

“Trump’s foreign policy is a little like calling for the United States to abolish all government so we can save money on taxes. At some point, every high school civics student learns that taxes fund the government, which provides security and infrastructure, which allows us to have jobs and income in the first place, as well as live past the age of 30.

This is much like how the international order works: Countries pay into it such that there is a functioning and basically stable world. Trump doesn’t seem to understand this, rather seeing the world as just a place where countries go to make deals.”

The New York Times summed up Trump’s hamfisted approach to foreign policy at the end of their interview:

“Mr. Trump explained his thoughts in concrete and easily digestible terms, but they appeared to reflect little consideration for potential consequences.”

That pretty much falls in line with Trump as a whole. He is willing to say or do pretty much anything without grasping that these things have consequences, like, say, getting protesters at his rallies beaten up. He’s what some might call a “loose cannon” and as Max Fischer points out, he seems to be more than willing to turn the U.S. into a rogue state.

When Jeffrey Goldberg from the Atlantic was asked on the CBS show “Face The Nation” what he got from the Times interview with Donald Trump on foreign policy, this was his response:

The Daily Beast made a brief summary of some of Trump’s other statements regarding Russia and Iran that makes you question who might be advising Trump on foreign policy (oh, right, these guys):

“In an interview with The New York Times, Donald Trump showed how much he knows about foreign policy: very little. Trump, for example, suggested that Russia’s neighbors weren’t afraid of the threat of Russian encroachment. “They’re not even asking us for help,” he told the Times. “They’re literally not even talking about it, and these are the countries that border the Ukraine.” He also suggested that the U.S. can sell to Iran, when in fact there are sanctions in place to prevent sales between the two countries.”

And this, ladies and gentlemen, is the leading candidate for the Republican Party nomination for President. After 8 years of Republicans whining and crying about Obama’s foreign policy, this is the Republican response? This guy? Seriously? Get ready to do some fiddling, because America will be burning if Trump has his way.