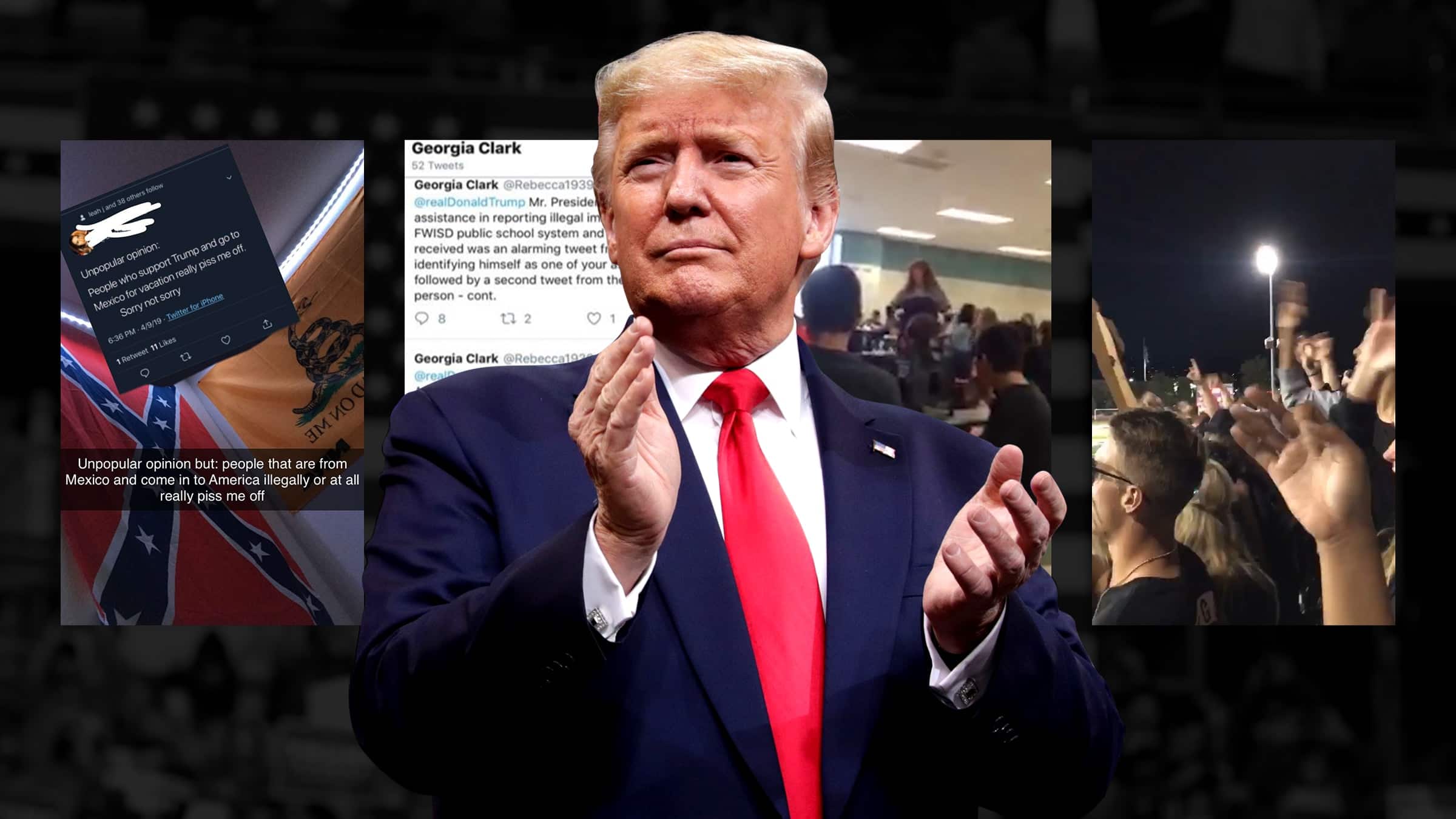 It all started when Matt Blum from Boing Boing dug up an old New York Times article from way back in 1927:

According to a New York Times article published in June 1927, a man with the name and address of Donald Trump’s father was arraigned after Klan members attacked cops in Queens, N.Y.

In an article subtitled “Klan assails policeman”, Fred Trump is named in among those taken in during a late May “battle” in which “1,000 Klansmen and 100 policemen staged a free-for-all.”

Donald Trump’s father was only 21 years old at the time. He and six others were arrested, charged and were represented by the same lawyers in court. Blum is careful to point out that “Fred Trump of 175-24 Devonshire Road, Jamaica, was discharged.” and adds:

To be clear, this is not proof that Trump senior—who would later go on to become a millionaire real estate developer—was a member of the Ku Klux Klan or even in attendance at the event. Despite sharing lawyers with the other men, it’s conceivable that he may have been an innocent bystander, falsely named, or otherwise the victim of mistaken identity during or following a chaotic event.

Cenk Uygur from TYT argues the arrest of Donald Trump’s father during a KKK rally doesn’t necessarily reflect badly on the Donald. After all, “a lot of these guys’ fathers and grandfathers did some questionable things.” Like Fred Koch’s dealings with Josef Stalin and Prescott Bush’s business ties with Nazi Germany before World War II.

“if you go back far enough, are you going to find out a lot of white people’s parents and grandparents in 1927 were deeply racist? Probably.”

That’s true, but there’s also that civil rights law suit against Donald Trump’s father — and the Donald himself — that ended in 1975 with a huge settlement.

A 1979 article, published by [the] Village Voice, reported on a civil rights suit that alleged that the Trumps refused to rent to black home-seekers, and quotes a rental agent who said Fred Trump instructed him not to rent to blacks and to encourage existing black tenants to leave.

But although the consent decree (concessions without any admission of wrongdoing) was “one of the most far-reaching ever negotiated,” the U.S. Justice Dept. continued to express concern about continuing racial discrimination by Donald Trump’s father et al.

“racially discriminatory conduct by Trump agents has occurred with such frequency that it has created a substantial impediment to the full enjoyment of equal opportunity.”

And of course there’s the panicked and irrational way Donald Trump first confirmed his father’s arrest at the Ku Klux Klan rally, then vehemently denied it ever happened, then said it kind of happened but Trump Senior wasn’t convicted, then dismissed Boing Boing as “that little website” — all in that single phone chat with Jason Horowitz from The New York Times.

Oh, and Trump’s anti-Mexican comments and his appeal to the most xenophobic and racist elements of the Republican Party tie all these loose ends into a nice, tidy bow. The apple doesn’t fall far from the tree. As Blum concludes in his Boing Boing piece:

The events described in the Times’ article took place 22 years before Donald Trump was even born, and he’s not responsible for any youthful sins his father may have committed. But given the racially-charged tone of the younger Trump’s campaign, it raises questions about the values he was taught by the man whose fortune he inherited.

Here’s David Pakman’s more skeptical view on whether the sins of Donald Trump’s father should be visited upon The Donald:

Here’s a PDF with the 1927 New York Times article about Donald Trump’s father: