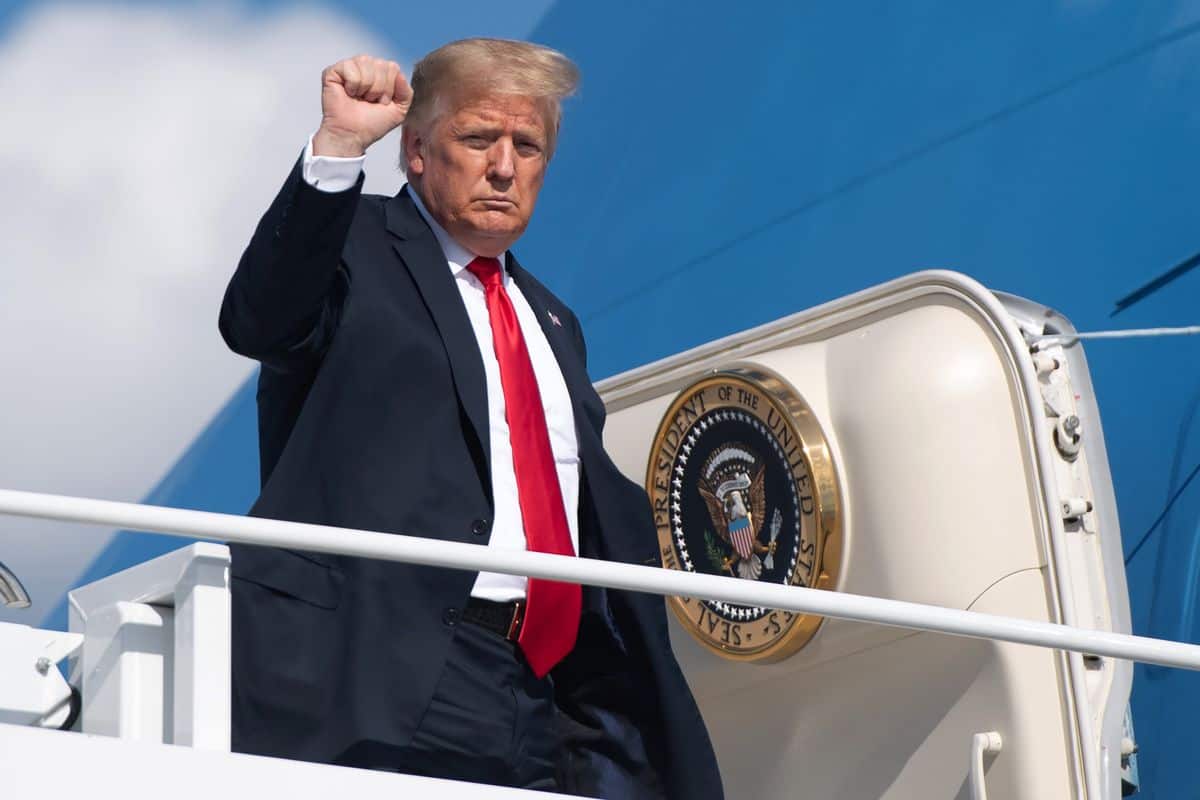 Donald Trump Proving To Be A Great Recruitment Tool For Hate Groups.

Donald Trump decided that the road to the White House needed to veer through a lawn with a burning cross on it. He made that choice, regardless of his limp disclaimers and pointless attempts to disassociate himself with the white power movement that he’s currently energizing.

His legacy at present will not be his controversial business antics, his foray into reality TV, or even his repeatedly unsuccessful attempts to run for president. Donald Trump will, from this latest failed campaign until his dying day, instead be known as the Republican candidate who leaned so hard on hate rhetoric that he got a standing ovation from white supremacist everywhere.

Politico is reporting that try as he might to distance himself, top white supremacists with the KKK and Stormfront readily thank him for the jump in their website traffic and successful recruitment efforts. Don Black, the founder of the infamous white supremacist website Stormfront, said that before Trump came along, “demoralization was the biggest enemy.” After all, with a black president and noted social outcry over race-targeted police brutality, it was as if white bigots had no hope.

“[Trump’s] certainly creating a movement that will continue independently of him even if he does fold at some point.”

Did you hear that Donald? Your white supremacist fanboys will always treasure you for openly insulting people because of their racial background, immigrant heritage, or religious faith. Hate and vitriol right out in the open, just like in the 1950s!

Yes, Trump will be THAT guy who Louisiana Rep. David Duke — noted white nationalist and former Grand Wizard of the Ku Klux Klan — said, “has given more Americans cover to speak out loud about white nationalism than at any time since his own political campaigns in the 1990s.”

Donald Trump may think a disclaimer here or there will keep the blood off his hands, but he’s quite wrong.

While white supremacists are praising “The Donald” to the rafters, watch groups such as the Anti-Defamation League and the Southern Poverty Law Center are growing increasingly concerned. Mark Potak of the SPLC said that when well-known public figures like Donald Trump make highly racist and Islamophobic statements “in the public square”, it’s an action that’s seen by extremists as giving them permission to act out their hate through violence and other forms of terrorism.

Trump, whose spokesperson had nothing to say when Politico asked for comment, may think a disclaimer here or there will keep the blood off his hands, but he’s quite wrong.

By repeatedly and unceasingly stirring up the hateful fringe on the far-right, he’s made it abundantly clear that he fully desires their support. I compare it to fellow Republican presidential candidate Carly Fiorina attacking Planned Parenthood and making references to the hoax “baby parts” video long after the video was proven fake. If GOP politicians and presidential candidates hadn’t pushed the anti-choice rhetoric and “baby parts lie” so hard…would we have had the Planned Parenthood shooting in response to that lie?

Politicians like Donald Trump and Carly Fiorina can claim all they want that they “never meant for anyone to be hurt or killed” or that the entire fault lies with those who act out (and their victims). This is simply a cop-out.

Don’t Be Shy, Donald Trump. You Worked Really Hard For This Recognition From The KKK And Stormfront; It’s Too Late To Claim Otherwise

Donald Trump should just go ahead and thank David Duke, Don Black, and every other champion of white supremacy and hate for their support. After all, it’s the support of these people and those who think like them that’s largely responsible for the attention and support he’s received until now.