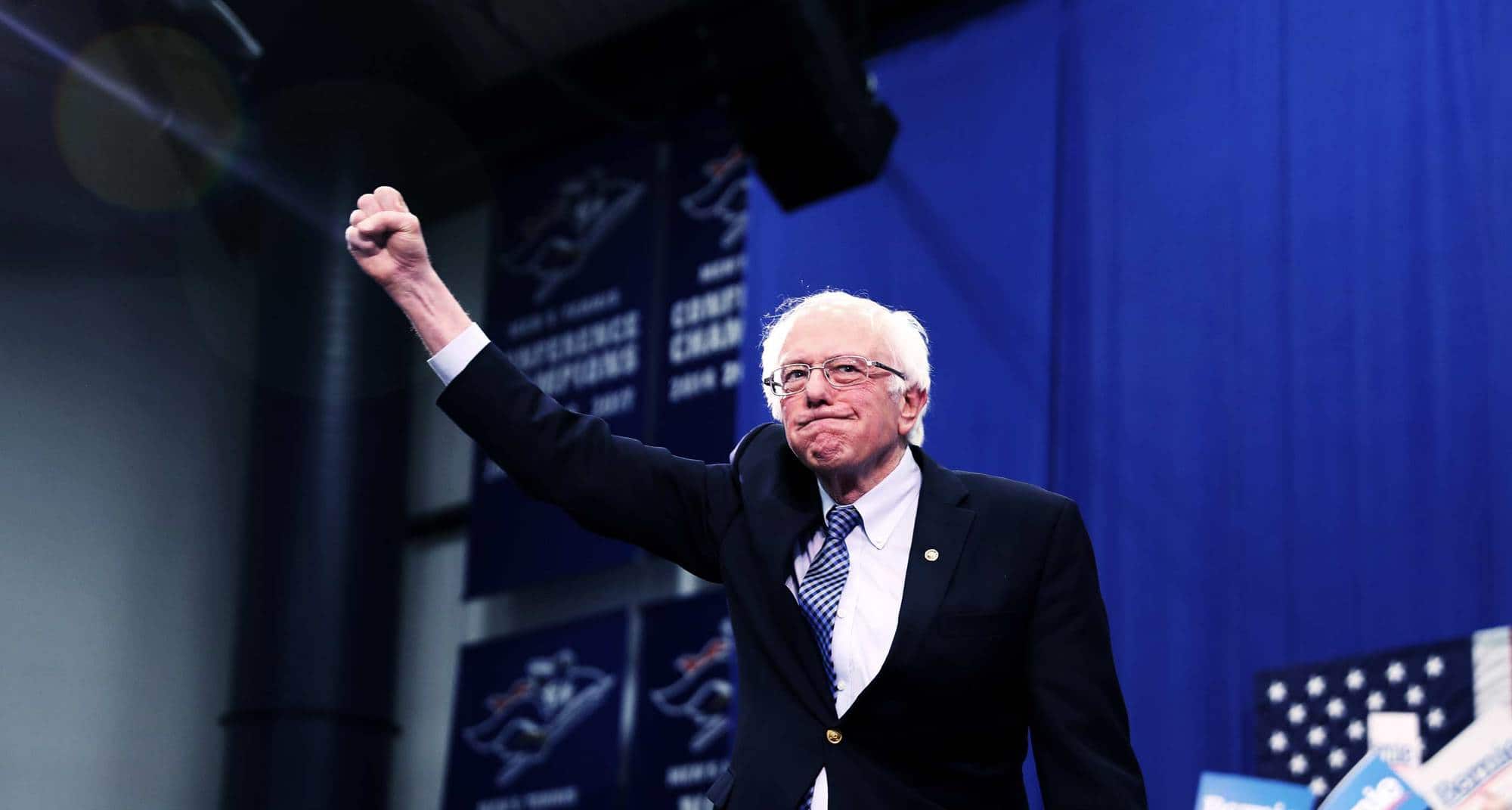 Economist Says The Median Income Will Increase By $22,000, And Sanders Will Lower Unemployment To 3.8 Percent

Looking for a president to “Make America Great Again”? Don’t look to Donald Trump, look to Vermont Senator Bernie Sanders, an economist says. And by making America great again, unlike Donald Trump, it wouldn’t be achieved by kicking all the brown people out of America, it would be accomplished by giving families a fighting chance in this economy.

University of Massachusetts Amherst economics professor Gerald Friedman says that under a Sanders presidency median income would soar to $82,200 by 2026, which is $22,000 higher than the projected median income of $59,300 for that year by the Congressional Budget Office.

Professor Friedman also says that unemployment would plummet to 3.8 percent. Our current national unemployment rate is 4.9 percent — the best it’s been since January 2007.

In addition, poverty would plummet to a record low 6 percent, as opposed to the CBO’s forecast of 13.9 percent. The U.S. economy would grow by 5.3 percent per year, instead of 2.1 percent, and the nation’s $1.3 trillion deficit would turn into a large surplus by Sanders’ second term.

Sanders plans to provide college at no cost to students, offer health care to everyone, shift wealth from the rich to working families, move labor to the green energy field, and rebuild America’s crumbling infrastructure would juice the GDP and productivity. His plan to pour $14.5 trillion into the economy would SAVE money in the long run.

“Like the New Deal of the 1930s, Senator Sanders’ program is designed to do more than merely increase economic activity. It will promote a more just prosperity, broadly-based with a narrowing of economy inequality.”

When people have more money in their pockets, they spend it, which increases the demand for products and services and gives people more to do. So business fares well too, even if they’re paying a higher tax rate.

Other presidential hopefuls also claim their plans will boost the economy, but economists say their plans for tax cuts just doesn’t go far enough and are “overly optimistic.”

Sanders’ plan is essentially the opposite of trickle-down economics, the Reagan-era economic plan that gives big business and the wealthy more tax breaks so they can create more jobs and expand their businesses. It’s been proven that the wealthy only get richer while the middle-class and poor fight over scraps.

“We haven’t had such an ambitious agenda to rebuild the middle class since Presidents Roosevelt, Truman and Johnson.”

While Hillary Clinton and the GOP argue that Sanders’ plans are a fantasy, it’s clear that he’s on the right path — 170 economists endorse Sanders’ vision. Congress has to be favorable for Sanders to achieve his plans, but he could easily make the argument to conservatives that while the spending is high on his proposals, the return is far higher. And that may be just enough to get some of these plans through Congress, although if Democrats show up to vote, we could easily turn Congress blue by 2019.

This isn’t fantasy; this could be a reality if we believe in it and fight for it.

For more information on how Sanders plans to pay for his proposals,