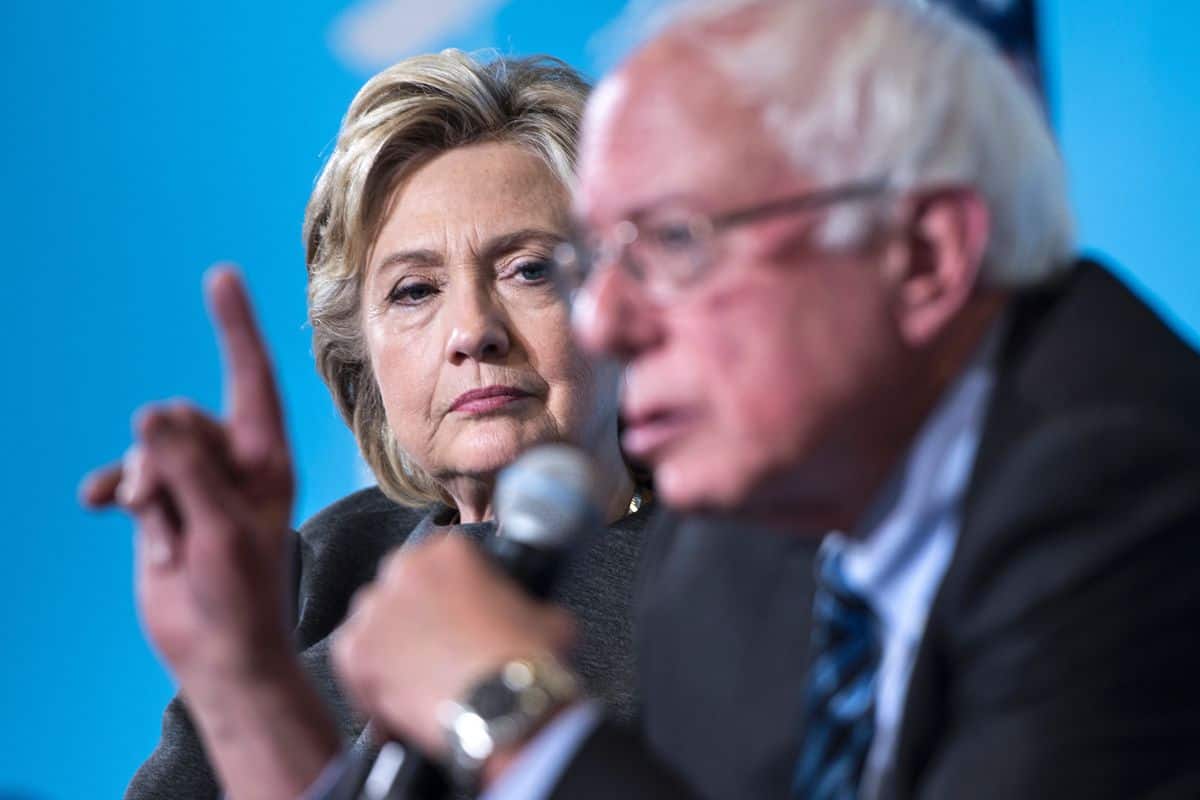 “He’s gonna tax you people at 90 percent,” Donald Trump howled to a cheering crowd in Richmond, Va. He then continued to smear Bernie with alarmist lies about his tax agenda.

“He’s gonna take everything. And nobody’s heard the term communist, but you know what, I call him a socialist/communist, OK, because that’s what he is.”

With rising costs and stagnant incomes, most of the folks packing that stadium have every right to feel outraged by our nation’s tax policy and the economy. And Republicans like Donald Trump love stoking people’s rage while flat-out lying to them so they’ll keep voting against their own interest.

The reason we’re all struggling is because the GOP’s spent the past three decades pushing tax and economic policies that make the rich richer and the rest of us poorer. Alas, people don’t realize that under Sanders’ “communist” plan for tax policy and the economy, Only “high net worth” individuals like Donald Trump would wind up paying more. A lot more. Why? Because right now, our nation’s richest individuals and corporations aren’t paying anything close to their fair share.

“Well, if I had to respond to every absurd thing that Donald Trump said, I would spend my whole life doing it. But I do want to — you raised the issue of taxes. Trump raised that issue.”

But Sanders then explains how over three decades of supply-side economic and tax policies have destroyed the middle and working classes in this country.

“Let’s talk about it. What we have seen, George, in the last 30 years, as most of Americans know, is a massive redistribution of wealth. Unfortunately, it’s gone in the wrong direction, it’s gone from the middle class and working families to Donald Trump and his friends, the top one tenth of one percent.”

If we’re going to invest in our crumbling infrastructure and in our children’s education, the rich are going to need to pay their fair share — meaning at least the effective tax rates paid by working Americans.

At this point, Stephanopoulos keeps interrupting in an attempt to pin Sanders down on what tax rate he would apply to  our nation’s banks, corporations and wealthy individuals. Sanders says he and his advisers haven’t “come up with that rate” yet, but it will be “a damned lot higher than it is right now.”

When you see the rich getting much, much richer, and in their effective tax rates, as Warren Buffet often reminds us, is lower than the effective tax rates of truck drivers and nurses, yes, the wealthy have got to pay more and corporations. That has to change.

Sanders added that his plans for tax policy and the economy would involve taxing Wall Street speculation, ending loopholes that allow corporations to stash money away in tax shelters, and raising the estate tax.

Trillions of dollars have flown — flowed from the middle class to the top one tenth of 1 percent. And we have got to address the fact that the middle class of this country is disappearing. They need help. We have massive wealth and income inequality. The wealthy are going to have to pay more.

And you won’t believe who agrees with Bernie Sanders about rich people not paying enough taxes: Bubba Trump himself said so in an interview with Mark Halperin from Bloomberg back in August.

What Trump fails to mention is that under his flat tax plan,  rich people would pay more, but not enough more, and working families may wind up paying more as well.

Here’s the video with Bernie Sanders defending his plans for tax policy and the economy against Donald Trump’s attacks.