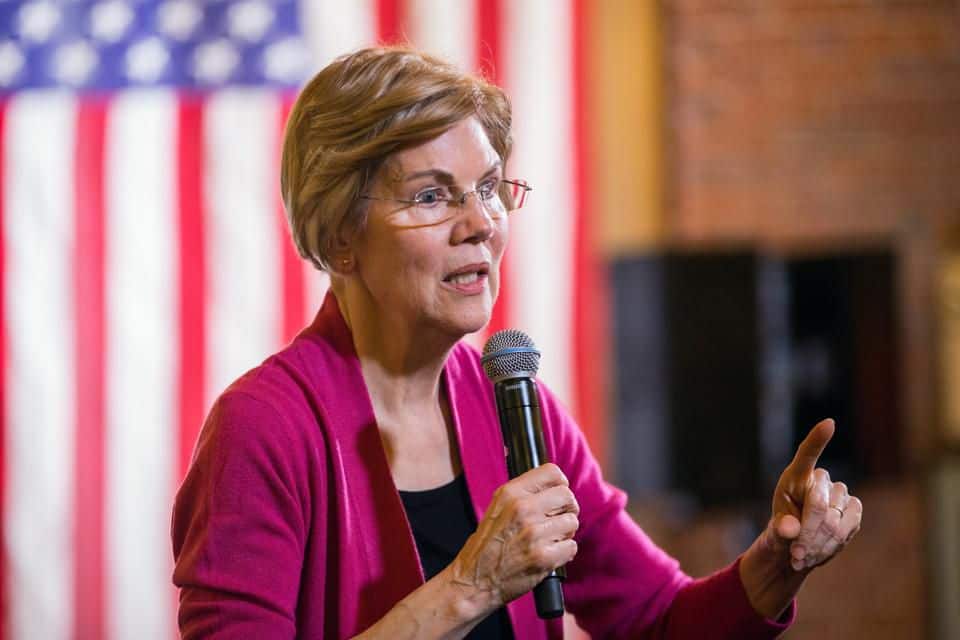 The progressive wing of the Democratic Party is starting to really push for Senator Elizabeth Warren (D-MA) to run for president.

She’s definitely well-spoken, holds the ideals of the working and middle class, and will hold Wall Street to task at the drop of a hat — all things any decent human being would want in a leader.

Here’s the thing — the only way she’ll truly be able to stand up for all those ideals is by continuing her efforts within the Senate. Legislative power lay within the hands of those who write the law. When she can stand with others who hold the same values, such as Bernie Sanders, Kirsten Gillibrand, et. al, she’ll be able to bring on a force to be reckoned with to combat the pro-Wall Street deregulating, pro-healthcare and education if you can afford it, crowd of Senators like Ted Cruz, Mitch McConnell and company.

MoveOn.org, in particular, has just made a huge push to “draft Warren” into the presidential race. Executive Director of MoveOn.org Political Action, Ilya Sheyman said:

“There is too much at stake to have anything other than our best candidates in the debate. We are prepared to show Senator Warren she has the support she needs to enter—and win—the presidential race.”

“There is no more tireless, passionate advocate for progressive values. We’re ready to show Senator Warren that we’ve got her back, and that by running for the Democratic nomination for President, she can change the course of history.”

“The defining theme of 2016 is also the defining theme of Elizabeth Warren’s life: inequality and the crisis of the middle class. From creating the Consumer Financial Protection Bureau to leading the charge against outrageous student debt, Senator Warren has shown by her actions that she’ll never stop fighting for an economy that serves regular Americans instead of Wall Street.”

And yes, she will, but can really only do so most effectively in the Senate holding other lawmakers to task and working with them daily.

What progressives need to learn, as awful as this sounds, is what Republicans are so good at — messaging, and electing people into roles where they’re most effective. There’s a reason there will never be a President Mitch McConnell, or even a candidate Mitch McConnell for president — because he wouldn’t win and he’s most effective for the conservative agenda in his role in the Senate.

President Obama has been able to do a lot, working with lawmakers to make tangible progress happen, especially within his first two years of office. However, the last four years have been dismal as far as effective policy because he hasn’t had the much-needed support from the House and Senate.

Elizabeth Warren on Tuesday has even said no to the latest attempts to draft her into the role of presidential candidate. Warren’s press secretary said:

“As Senator Warren has said many times, she is not running for president.”

Warren has also said in the past about the effort to get her to run for president:

Elizabeth Warren knows what’s up, what’s at stake, and where she is needed:

“I’ll tell you where the tensions are, the tensions are with the Republicans. We want working people to earn more, we want to reduce the interest rate on student loans, we want to stitch up the loop holes that let millionaires and billionaires pay at lower tax rates than their secretaries; that’s the stuff we’re working on, and Republicans have filibustered every single piece of it.”

Now Republicans hold a majority in both the Senate and the House. Democrats, more than ever, can’t afford to lose Warren’s voice… they just can’t, and if she were to run even a candidacy it would remove her from doing what she was elected to do.

The candidate Democrats need for president is someone with experience working on both domestic and international issues. Quite frankly, Warren doesn’t have a lot of the experience necessary, and because she’s so progressive, if she ran it could also severely polarize the Democratic base. If she did run it could help bring up key issues, but it could also damage the parties chances as a whole. Democrats need a voice that is center-left to sign progressive laws into place, but also be able to most-effectively work with the other side of the aisle. It’s about effective strategy overall and not just someone who holds ideals. That’s the reality of the situation.

Plainly — Elizabeth Warren is far more valuable in the Senate, and it seems she knows it too.