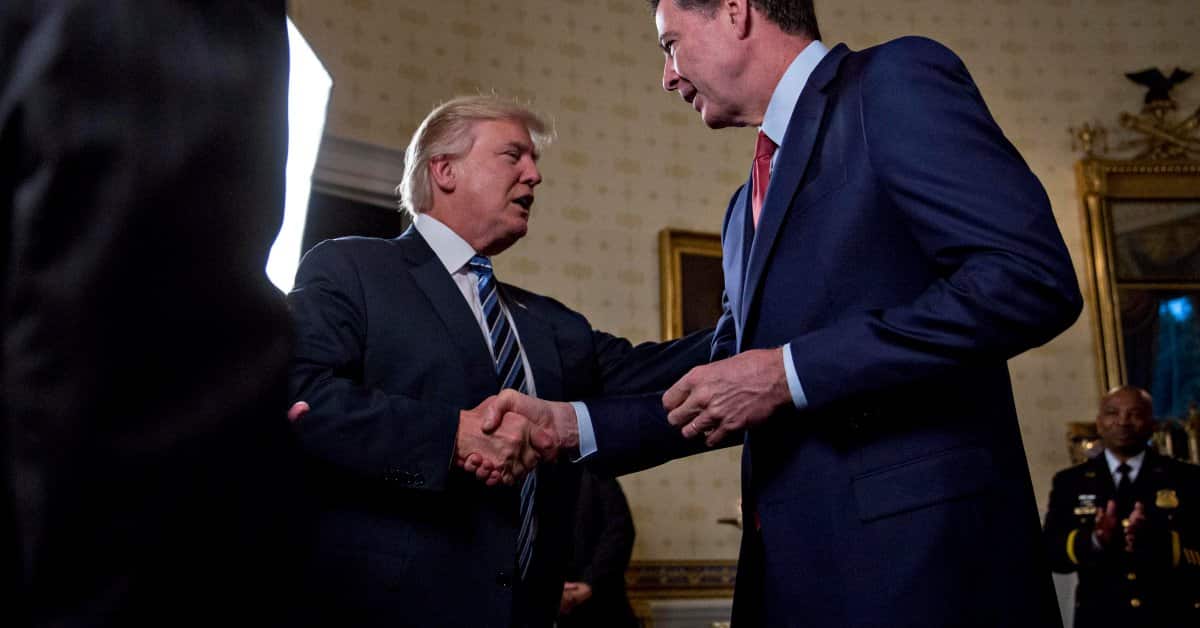 It seems safe to assume that nobody read Donald Trump Jr.’s damning emails with a Kremlin-connected lawyer more closely than Robert Mueller.

Mueller, the special counsel investigating possible ties between the Trump campaign and Russian officials, will surely be making calls to everyone involved in the now infamous meeting, including the president’s son; the president’s son-in-law, Jared Kushner; and his this campaign chairman at the time, Paul Manafort.

As he does, the question is whether Mueller will be able to build a case that goes all the way to the top.

That could depend on what lessons he learned from overseeing the task force that investigated one of the biggest fraud cases in American history: the collapse of the energy giant Enron.

The Enron team was patient and learned from its investigative and trial mistakes. After its yearslong run, it set a high-water mark for complex, high-profile financial inquiries, successfully indicting and imprisoning almost all of the company’s top executives.

Early on, the Enron team also won a jury conviction of the Arthur Andersen accounting firm, Enron’s auditor, on an obstruction-of-justice charge. That experience could prove valuable as the Russia team investigates — among many possible routes — whether President Trump obstructed justice when he fired James Comey, the FBI director.

The frauds Enron was accused of were audacious. The company had hidden debt in a complex web of off-the-books companies and had faked its profits. Yet prosecutorial success was not inevitable. Skilling and Lay pleaded ignorance, blaming lower-level employees and arguing they had relied on the advice of their attorneys and auditors. The government did not have damning emails or wiretap evidence from either man. Prosecutors may face a similar challenge with Trump, who tweets but reportedly does not use email.

The Enron team got off to an auspicious start, with the Department of Justice providing adequate prosecutorial resources. Mueller helped recruit talented prosecutors and investigators from around the county and then got out of their way.

He and other top Justice Department officials then gave their team political cover. Enron and its executives were particularly close to the Bush family and top Republican officials. Early on, the team interviewed White House officials about their recollections. Republican political operatives voiced displeasure, but the team persisted.

The task force conducted its investigations effectively, flipping lower-level employees to build cases against the top bad actors. The Enron team made aggressive and risky moves. For example, it shocked Houston high society by charging the wife of Andrew Fastow, the chief financial officer, with tax evasion to put pressure on him. It worked. Fastow began to cooperate with the government. (His wife pleaded guilty.) Every prosecutor knows this strategy works, but for various reasons today, few put in the painstaking work needed to penetrate the sophisticated legal defenses of highly paid executives.

As it proceeded, the task force weathered relentless attacks. First, critics charged it was moving too slowly. Later, white-collar defense lawyers accused the team of intimidating witnesses and overzealously charging executives. The legal establishment particularly criticized the prosecution of Arthur Andersen. The government won at trial in 2002, but the Supreme Court overturned the verdict three years later on a narrow issue involving jury instructions.

Despite its successes, the Enron Task Force emerged with a mixed legacy thanks to its trial losses and reversals from higher courts. Among them, the Supreme Court reversed part of the Skilling verdict.

Today, many Justice Department officials have learned the wrong lessons from the Enron experience, accepting the idea that the task force was overzealous. Even Democratic appointees like Mary Jo White, President Obama’s chairwoman of the Securities and Exchange Commission, and Lanny Breuer, his assistant attorney general for the criminal division, came to believe the prosecution of Andersen had been a mistake.

Drawing the wrong lessons has consequences. In subsequent years, the Justice Department did not assign prosecutors to work solely on financial crisis cases. While the Bush Justice Department had acted quickly to create the Enron Task Force, the Obama department allowed plans to create a similar task force, after the banking collapse of 2008, to die amid bureaucratic infighting.

It was no surprise, then, that the Justice Department never put any top bankers from the biggest banks in prison after the financial crisis. Forgetting what went right with the Enron prosecutions has contributed to a problem that still plagues the Justice Department: It has lost the will and ability to prosecute top corporate executives from the largest corporations.

Today Mueller’s team is operating in an even hotter kitchen than the Enron Task Force did. The president has repeatedly called the investigation “a witch hunt,” and rumors abound that he could fire Mueller any day. A Trump ally, former House Speaker Newt Gingrich, has grumbled conspiratorially that the former FBI director was the “tip of the deep state spear” aimed at the president.

But the Enron Task Force may have given Mueller a hide thick enough to protect him from those attacks. More than that, Enron honed skills he’ll need now in the Russia investigation, which may well touch on money laundering, secrecy havens, complex accounting maneuvers, campaign finance violations — and multiple lies.

As I talked with Mueller’s former Enron Task Force colleagues in recent weeks, it became clear to me that he believes the Enron team was successful — and understands why. That means his special counsel team will probably move more slowly than people anticipate. But it might also shock people with its aggressive investigative and prosecutorial tactics. If Trump and his advisers committed crimes, Mueller will find them.

Jesse Eisinger is the author of “The Chickenshit Club: Why the Justice Department Fails to Prosecute Executives.”

ProPublica is a Pulitzer Prize-winning investigative newsroom. Sign up for their newsletter.

COLLUSION? Fox News May Have Had an Active Role in the Trump/Russia Scandal