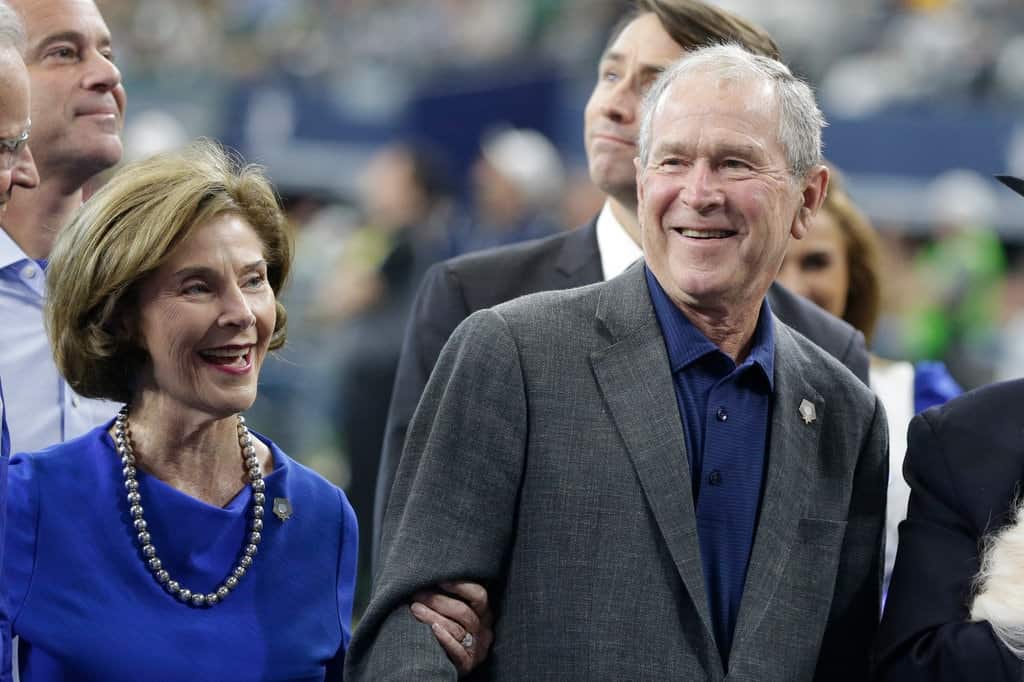 It looks like Republican presidential nominee Donald Trump continues to be shunned by the elites of his own party.

Former President George H.W. Bush was just outed by a Kennedy that he allegedly plans to do the unthinkable—vote for a Democrat in the November election, and of course that means Hillary Rodham Clinton. Trump, as far as Bush is concerned it seems, can start peeling his gold-plated name off his hopes for the White House right now.

Former Maryland lieutenant governor Kathleen Hartington Kennedy Townsend, daughter of the late Robert F. Kennedy, posted a picture to her Facebook page, Monday, shaking hands with the 92-year-old Bush, along with the status:

“The President told me he’s voting for Hillary!!”

George and Barbara Bush have both remained largely silent on the election since their son Jeb dropped out of the race, but Townsend thought she’d toss that cat right out of the bag and let the world know that one more of the GOP’s die-hard upper crust is allegedly turning his back on his own party just to keep from voting for Trump.

Townsend said in a telephone interview with POLITICO that she’d met with Bush in Maine, where the former president supposedly confessed his intent this November, even if his public spokesperson, Jim McGrath, maintains in an email that “[t]he vote President Bush will cast as a private citizen in some 50 days will be just that: a private vote cast in some 50 days. He is not commenting on the presidential race in the interim.”

Townsend’s claim also goes hand in hand with the fact that neither former Bush president, father or son, attended the Republican National Convention in Cleveland, Ohio, this summer.

Of course, it’s no secret that other top Republicans have also declared their intent to vote for Clinton over Trump, such as former Commerce Secretary Carlos Gutierrez and national security adviser Brent Scowcroft, among others.

Leave it to former Vice President Dan Quayle, though, to hold out for Trump, who told POLITICO this summer that he was still hoping against hope that both former president Bushes would see the light and vote Trump. Quayle said: