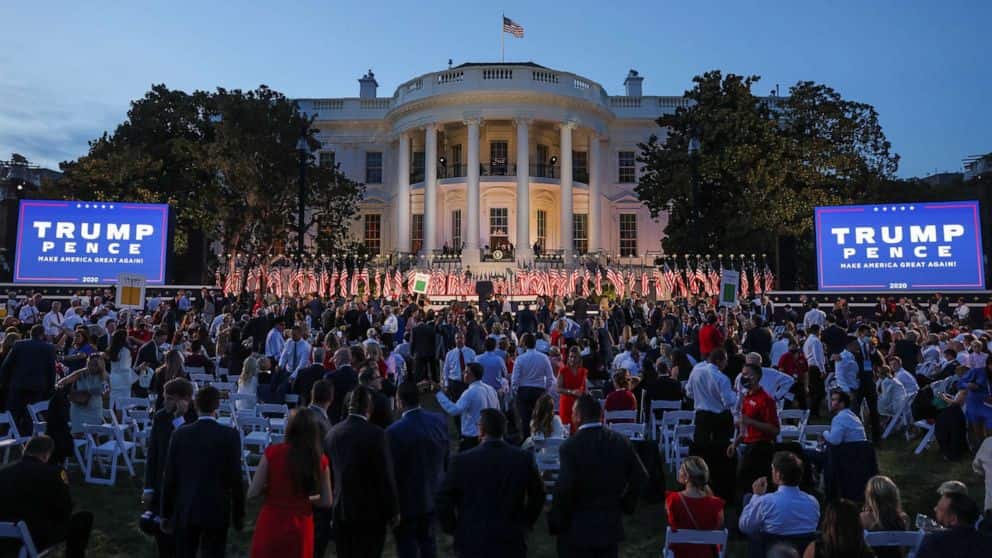 Fact-Checking The RnC Is A HUUUUUUGE Undertaking

It looks like Republicans actually are creating jobs during the RNC…for fact-checkers, anyhow.

The RNC has happily carried on with the tried-and-true Republican message of fear, xenophobia, and the Republican Party’s longstanding, questionable relationship with facts and truth. Death to America Day? Donald Trump on health care reform? Hillary Clinton and the secret, scary, liberal agenda that will allow Big Government to control every aspect of your life, probably after Obama finally implements his plan to microchip every Republican with the mark of the beast and takes all your guns?

We’ve rounded up a collection of the best — or is it worst? — claims made at the RNC.

Florida Governor Rick Scott made the claim during his RNC speech that the current economy is stagnant.

“Today America is in a terrible world, record-high debt. Our economy is not growing. Our jobs are going overseas. We’ve allowed our military to decay and we project weakness on the international stage.”

At the RNC, Rick Scott proves once again that math and numbers remain elusive to the Republican party. The Bureau of Economic Analysis states that the gross domestic product, a tried-and-true method of economic measurement, shows that the GDP has grown between 1.5 and 2.5 percent every year since 2012. And, as the Bureau of Labor Statistics has reported almost every month since the recovery began by President Barrack Obama after George W. Bush broke America, private sector jobs continue to grow, and the unemployment rate is declining.

Sorry, Governor Scott. Go back to Florida. You may hate the guy in the White House, and you are entitled to your feelings, but your claim is False.

Ted Cruz And His Fear-Peddling

“Death to America Day” made a comeback at the RNC, courtesy of Ted Cruz, who used it as a way to childishly whine about the Iran nuclear deal, which is a secret front to cover the fact that he is still sad that Barrack Obama is in the White House, even after years of obstruction and manufactured scandals.

“Theirs is the party that thinks ISIS is a ‘JV team,’ that responds to the death of Americans at Benghazi by asking, ‘What difference does it make?’ That thinks it’s possible to make a deal with Iran, which celebrates as holidays ‘Death to America Day’ and ‘Death to Israel Day.’ “

Ted is leeching on to the fact that November 4 is marked in Tehran, Iran because of the Iranian student takeover of the U.S. Embassy. But even if a few hardliners and extremists (and Ted Cruz should know a lot about being a hardliner and extremist) do mark the day, experts say that it is not a national holiday, and there is no official “Death to America Day.”

Of course, that may change if Donald Trump gets elected.

Donald Trump Jr. made the laughable claim that his daddy will be the best at reforming healthcare — despite multiple reports saying exactly the opposite — while evil Hillary Clinton will destroy it, probably while wearing a pantsuit, reading Saul Alinsky and handing out Obamaphones.

If by “destroying Medicare” little Trump meant exploring more “cost-effective ways to make more health care providers eligible for telehealth reimbursement under Medicare and other programs” as well as allowing “people over 55 years old buy into Medicare,” then yes, Clinton is intent on the destruction of Medicare. Because those are the only two references made to the program in Clinton’s platform.

I hope someone, some day, can explain to me how the Republicans manage to simultaneously scream that their liberal counterparts are socialists intent on making government so big that it will control all aspects of everyone’s life forever, while also crying that those same evil socialistic Democrats are also plotting to destroy such socialistic programs as Medicare and are, therefor, even more evil.

One, if you really hate big government and programs that smack of socialism, wouldn’t you be cheering an effort to end Medicare? And two, no. Just no. No Democrat has ever mentioned, even casually and in passing, anything about destroying Medicare. If you want to talk to an expert on Medicare destruction, talk to Paul Ryan. The guy literally has a plan, written out and everything.

Donald Trump Jr., you need to go home, too. And do America a favor — take your daddy with you, please.

Fact-checking Trump’s VP pick could literally be an entire career in and of itself, and he chose to stick to a popular line with Republicans — Benghazi. It rates right up there with “freedom,” and “Ronald Reagan” for applause.

“It was Hillary Clinton who helped to undo all the gains of the troop surge, a staggering failure of judgment that set ISIS on the loose.”

No, Mike. As the Washington Post points out, Pence’s usage of the word “helped” was a careful, deliberate choice. Pence is attempting to blame Clinton for a “complex dynamic that both pre-dates and post-dates her tenure as secretary of state.” But when have facts ever stopped a Republican?

“It was Hillary Clinton who instigated the president’s disastrous agreement with the radical mullahs in Iran.”

No again, Mike. Again, Pence selected the word “instigated” with precision and care, the Post states.

“Clinton, as secretary of state, helped impose new international sanctions on Iran that helped bring it to the bargaining table. Toward the end of her tenure, she dispatched two top aides to launch a secret effort to test the waters with the Islamic Republic. But virtually all of the agreement was negotiated by her successor, John F. Kerry.”

But Kerry’s not running for president, and that makes all the difference.

“The national debt has nearly doubled in these eight years, and her only answer is to keep borrowing and spending,” Pence claimed, and wow, this one is a doozy, both completely ignoring the real world, and cleverly ignoring the fact that  Donald Trump’s own tax and budget proposals would send the national debt soaring over the next 10 years — by another $11.5 trillion

Clinton proposes $1.45 trillion in new spending, but, unlike Republicans and their penchant for putting things like wars and tax breaks for the wealthy on the national credit card, Clinton’s proposals will be mostly offset by new revenues.

Oh, reality hurts…that’s why Republicans are obviously disengaged by it.