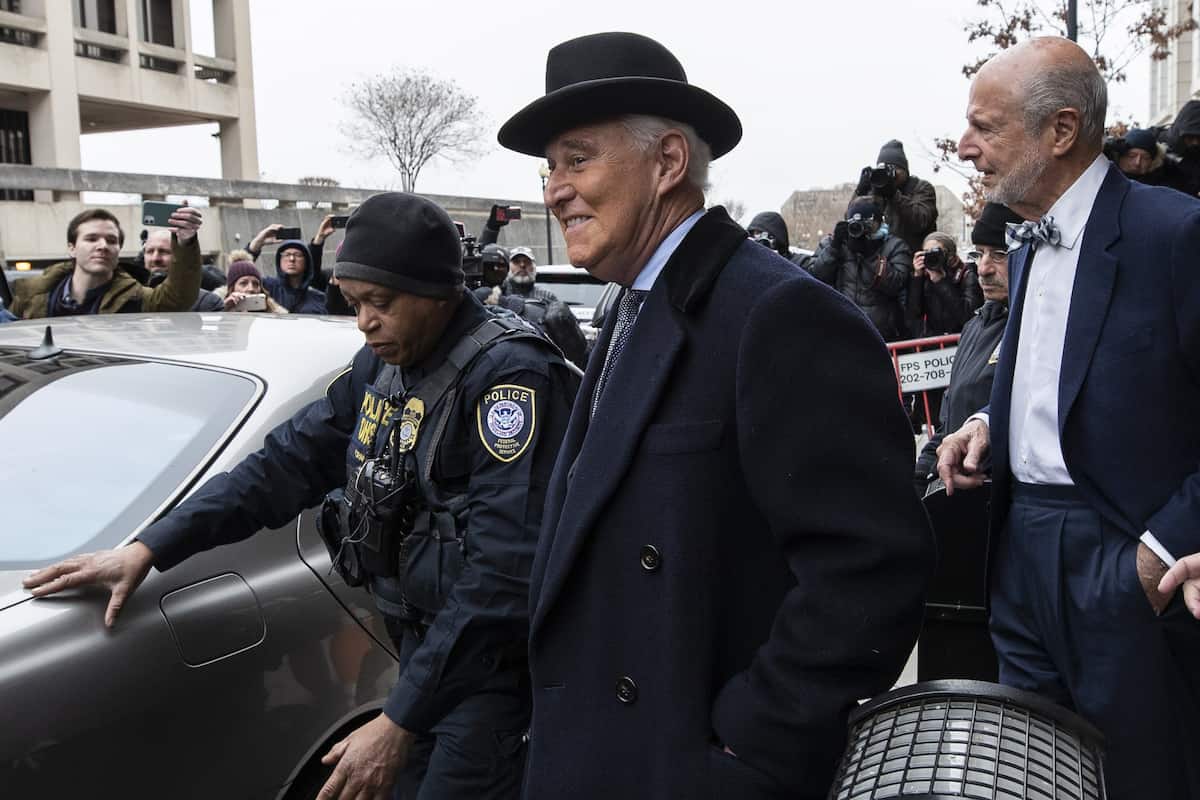 The Smoking Gun: Roger Stone In Contact With ‘Guccifer 2.0’

The web may finally be untangling. According to an in-depth investigation by The Smoking Gun editor William Bastone, the FBI has proof that longtime Trump aide Roger Stone was in direct contact with the Russian hacking group that claimed responsibility for the 2016 hack of Democratic National Committee emails (Intelligence agencies have since corroborated their claim).  Their preferred method of communication?  Ironically enough, twitter.

The contact between Roger Stone, the Trump associate, and the Russian influence operation came via private messages exchanged on Twitter, according to a source. Stone’s contact was with “Guccifer 2.0,” an online persona that U.S. officials say was created by Russian government officials to distribute and publicize material stolen during hacks of the DNC, the Democratic Congressional Campaign Committee, and Gmail accounts used by Clinton staffers like John Podesta, the campaign’s chairman.

Furthermore, Stone does not deny the communication:

Asked if he had exchanged private Twitter direct messages with “Guccifer 2.0,” Stone said in a text, “don’t recall.” In reply to a question about whether anyone else had access to his Twitter account, Stone–who has called “Guccifer 2.0” his “hero”–said, “Numerous people who work for me have access to my twitter feed.”

Guccifer 2.0 was contacted directly by The Smoking Gun in the summer regarding Stone. Even for a hacker, the response was unusually paranoid:

In late-August, TSG asked “Guccifer 2.0” about contact with Stone. After wondering, “why r u asking?,” “Guccifer 2.0” then accused TSG of receiving reportorial guidance from federal investigators: “the fbi’s tracing me, reading my dm [direct messages] and giving u hints. no?”

An FBI investigation began shortly after Guccifer 2.0 claimed responsibility. Bastone reports that the bureau “also has an ongoing counterintelligence investigation that is examining possible links between several Trump loyalists, including Stone, and Russian officials.” And despite the belief that he was being monitored, Stone brazenly and openly spoke of impending doom for the Democrats as election day drew closer:

Both tweets predate the October 7 release of John Podesta’s emails — which analysts pinpoint as the downfall of Hillary Clinton’s campaign. How Stone was so sure of this upcoming event is likely in the hands of the FBI now, according to The Smoking Gun:

Records obtained from Twitter and WordPress–both of which are headquartered in San Francisco–would include IP addresses from which the accounts were accessed. But barring an operational security mishap, those IP logs likely lead to an assortment of proxies spread across Europe. “I took all the measures so that they won’t track me!” Guccifer wrote in one e-mail to TSG.

Stored Twitter records, however, would include tweets and direct messages, according to the company.

The link between Stone and Trump is both simple and complex. Stone left the campaign in early August, yet the two have worked together since the 1980s. Following his dismissal, he arguably grew into a louder advocate for the Republican nominee. There is no doubt, however, that he ranks high among the many influential people connected to both Donald Trump and Russian interests. And thanks to the brilliant investigative work by The Smoking Gun, we now know for sure that law enforcement is collecting the evidence to back that up.

BREAKING: Gold Star Dad Who Criticized Trump Finds His ‘Freedom To Travel’ Is ‘Under Review’