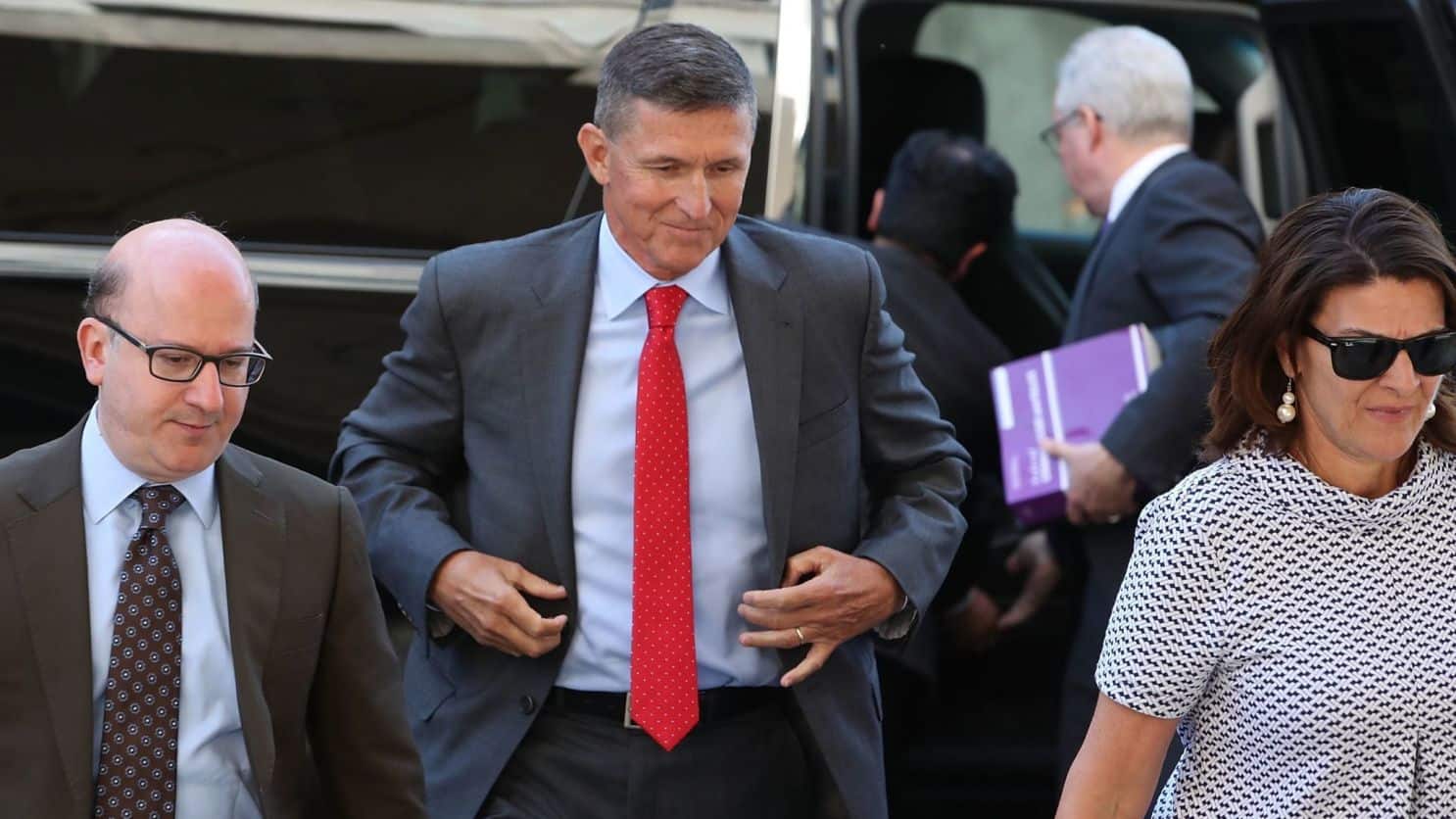 Hints That Flynn Is A Cooperating FBI Witness Could Doom Trump

Democrats on the Hill are talking more openly about the possibility that disgraced Former National Security Adviser Michael Flynn is cooperating with the FBI in its investigation into Russian meddling in the 2016 presidential election. Flynn, who may be facing prison time for taking undisclosed payments from foreign governments, would be the most intriguing individual from the Trump campaign, transition or administration to cooperate with the feds to this point. Just last month he did an about-face when asked to turn over documents in the Senate’s Russia inquiry. After initially invoking the 5th Amendment, Flynn surrendered the documents when faced with a contempt citation.  Coupled with the fact that he has gone “absolutely silent” in the words of one lawmaker, the beginning of the end of the Trump administration could clearly be in sight.

Senator Sheldon Whitehouse (D-RI) was the most vocal in his assumption. He laid the basis of his speculation succinctly to CNN’s Wolf Blitzer:

“All the signals are suggesting that he is already cooperating with the FBI, and may have been for some time. First of all, they had him dead to rights on a felony false statement, on the statement they took from him at the White House on the Kislyak conversations. Second, Comey reported that one of the things the FBI does with cooperators is get them to go back and clean up areas of non-compliance. Flynn, who will never be hired by a foreign government again, went back and cleaned up his foreign agent filings. Third, all of the reporting of the Eastern District of VA on subpoenas is one hop away from Flynn. He is the hole in a donut of subpoenas,”

Flynn’s Desire For Immunity Raises The Possibility Of Cooperation

Whitehouse was not the only high-profile Senator to float the trial balloon about Flynn whistling to investigators. Ranking Member of the Senate Intelligence Committee Mark Warner bolstered the argument Tuesday on New Day— reminding the public that he had long been seeking immunity for his alleged infractions:

“Clearly he’s been looking for immunity for some time. He said he would come in and talk to us at the intel committee but only with immunity. I would have a lot of questions for General Flynn, not only his unreported trips and unreported finances he received from Turkey, from Russia. I’d like to know what kind of conversations he had with Russian officials while he was directly involved in the campaign.”

Then-candidate Trump let the world know what he thought about immunity in October of 2016:

ATTN: @HillaryClinton – Why did five of your staffers need FBI IMMUNITY?! #BigLeagueTruth #Debates

If Flynn was granted immunity or leniency in exchange for his cooperation, you don’t need to own all 20 seasons of Law & Order on DVD to understand how much hot water Trump could find himself in. Rarely does the FBI cooperate with suspects in order to indict someone lower down the totem pole. And from the campaign through the inauguration, few people were higher up the chain of command than Lieutenant General Michael Flynn.

Hopefully, Jay Sekulow got a very healthy deposit for his services.