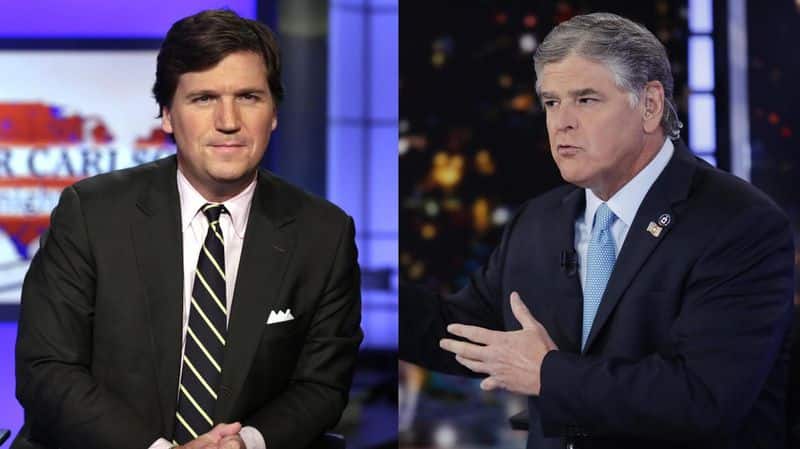 For eight long years Fox News was the central bureau for inventing and broadcasting lies about President Obama. Their pseudo-news coverage included allegations that Obama was a secret Muslim who was born in Kenya. They called him a radical, racist, anti-American who was too incompetent to be president. And even though he has been out of office for six months, they still persist in their campaign of contempt.

The Fox News website posted an article last week with the provocative headline “Obamas under fire from the left for never ending, sizzling ultra-luxury vacations.” However, nothing in that tabloid-style headline was true or supported by the content of the article. The whole thing was one of the worst examples of deliberate slander by a network that has specialized in it. The opening paragraphs said that:

“The Democratic base is growing increasingly frustrated with former President Barack Obama’s actions after leaving office, including a seemingly endless tour of millionaire and billionaire luxury retreats, according to Democrats and activists contacted by Fox News. Ex-presidents, understandably and un-controversially, go on vacations immediately after leaving office. But the level of luxury the Obamas enjoy on their vacations is unprecedented for a modern-day president, say travel experts.”

Many of the destinations mentioned belong to Obama’s friends and associates (Branson, Geffen, and former Ambassador to Italy John Phillips). These were not strictly stays at luxury resorts as much as they were visits with friends. But even if they were conventional vacations, so what? Obama has earned the right to spend his leisure time any way he pleases. It’s his time and his money. The hypocrisy of Fox News to make an issue of this is astonishing. Particularly since they have remained silent about Donald Trump’s lavish expenditures at his luxury golf resorts on the American taxpayer’s dime.

In addition to that made-up non-scandal, Fox News portrayed Obama’s critics as disappointed liberals. However, they failed to document that claim in the article. The only quotes used were conspicuously irrelevant. They included a travel agent of unknown political affiliation, and a socialist from Houston. Even worse, they described the rabidly right-wing Fox News contributor Pat Caddell as a “Democratic strategist.” Caddell pretended to worry that Obama’s trips would offend the Bernie Sanders wing of the party. Fox didn’t bother to ask Bernie Sanders.

The only other citation was one from comedian John Oliver. Fox News used him to assert that “The left-wing media is also worried about Obama’s luxury vacations.” While Oliver did joke about Obama kite-surfing while “America is on fire,” it was at worst gentle mockery. And in any case, it was hardly representative of left-wing media. Fox News offered no examples at all of actual media criticisms of any kind from any source.

To their credit, Fox did include a statement from an anonymous source (really?) defending Obama. What they described only as “a former Obama White House official” gave a brief accounting of Obama’s post-presidency activities:

“One of the first actions after leaving office was to mentor young men from Chicago’s south side who are in a job training program called ‘CRED,’ led by former Education Secretary Arne Duncan. The president also donated $2 million recently to help young people in Chicago get apprenticeships and summer jobs. The president is an avid supporter of the My Brother’s Keeper initiative that aims to improve life outcomes for young men of color.”

That was uncharacteristically fair of Fox. But then they immediately returned to Pat Caddell who declared that “it wasn’t enough.” Caddell went on to ask “When is he going to do anything to help people other than enrich himself?” Of course, that questioned was answered in the prior paragraph. Obama has done many more things that also went unmentioned. And he hasn’t been absent from the political stage either. On his Facebook page he made an in-depth statement about the still pending healthcare debate, saying in part:

“The Senate bill, unveiled today, is not a health care bill. It’s a massive transfer of wealth from middle-class and poor families to the richest people in America. It hands enormous tax cuts to the rich and to the drug and insurance industries, paid for by cutting health care for everybody else. […] Simply put, if there’s a chance you might get sick, get old, or start a family – this bill will do you harm. And small tweaks over the course of the next couple weeks, under the guise of making these bills easier to stomach, cannot change the fundamental meanness at the core of this legislation.”

Obama also made his position on immigration clear through his spokesperson. “The President fundamentally disagrees,” he said, “with the notion of discriminating against individuals because of their faith or religion.”

RELATED: Trump Brags About Having Higher Approval Ratings Than Obama – But Here Are The Facts

Not For The Black Guy

The article made a ludicrous comparison between Obama’s post-presidency and that of Carter and the Bushes. But all of them were wealthy before they moved into the White House. This is Obama’s first opportunity to enjoy his good fortune as a private citizen. There is a distinct note of racism in Fox’s attack that suggests that this sort of activity is undeserved for the black guy. They never offered any such criticism of presidents Carter, Reagan, Clinton, or the Bushes. Why is it only Obama who is characterized negatively for hobnobbing with the rich and famous? What exactly is it that makes him different? Can you possibly imagine?