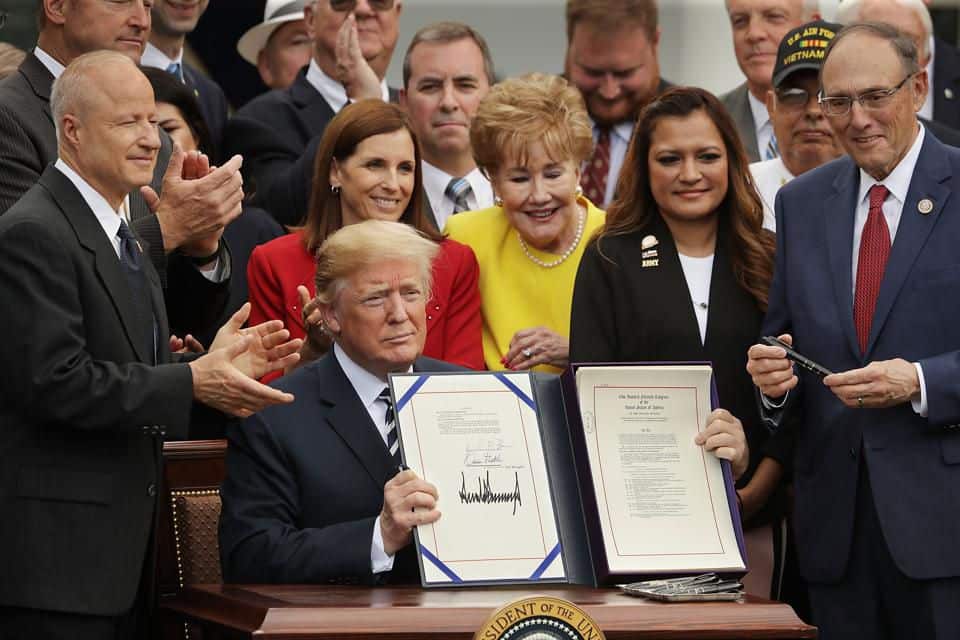 Will the VA be forced to shut down facilities despite massive patient volume and already disgracefully long waiting times for care? They may have to if Congress cannot plug a huge budget hole.

One year after a scandal erupted over waiting times for VA healthcare, demand for that care is rising again and times are up 50% over a year ago despite servicing 2 million more appointments in the year from, March 1, 2014 to Feb 28, 2015 than in the previous year. Responding to that demand, the VA has shifted $2.5 billion from mother accounts and now faces funding shortfalls if the money is not replaced. In a letter to lawmakers, VA Deputy Secretary, Sloan Gibson warned,

“If these program funds are not restored, VA will face shutting down hospital operations during August 2015.”

The VA is requesting Congress to allow shifting of $3 billion from its Choice Card program to keep those closings from being necessary. Even so, such a move is strictly a short term solution. A backlog of veterans waiting for much needed medical care is nothing new. It was already a longstanding problem in 2002 when the VA first instituted electronic records of waiting lists that enabled them to track just how long our warriors were waiting for the treatment they need. Then the numbers of those patients began to swell in the aftermath of President Bush’s two wars and by the time President Obama took office, it was reaching epidemic proportions.

Despite a longstanding tradition of paying lip service to veterans groups, and quick to fund every multi-billion dollar gadget the pentagon proposes, Republicans in Congress have been reluctant to put their money where their mouths are when it comes taking care of the individual vet. In February of last year 41 Senators, all GOP, voted to block the Comprehensive Veterans Health and Benefits and Military Retirement Pay Restoration Act of 2014. According to Huffington Post, the VFW said of the bill,

If signed into law, this sweeping legislation would expand and improve health care and benefit services to all generations of veterans and their families. Most notably, it would expand the current caregiver law to include all generations of veterans and provide advance appropriations to ensure monthly compensation and pension as well as education payments are protected from future budget battles.

But after having no problem with adding trillions to the deficit to fight the two wars in Iraq and Afghanistan, the GOP thought the VA bill was money we could not afford. North Carolina Senator, Republican Richard Burr said,

“With $17 trillion in debt and massive annual deficits, our country faces a fiscal crisis of unparalleled scope. Now is not the time, in any federal department, to spend money we don’t have.”

This is the same Richard Burr who just three months earlier capitalized on a Daily Show piece that was critical of the Obama Administration over Waiting times at the VA saying,

“As the nation’s military stands down from its war footing, veterans should not have to wage another battle here at home, this time against government bureaucracy.”

Last year, long before beginning his candidacy for President, Senator Bernie Sanders said what so many of us have been thinking,

“If you can’t afford to take care of your veterans, then don’t go to war. These people are bearing the brunt of what war is about. We have a moral obligation to support them. “

The last thing we should be doing now is cutting back on the funding for facilities they need to recover from injuries caused by their service to this nation. Taking care of these veterans is part of the cost of going to war. When you commit to their use, you commit to their care.