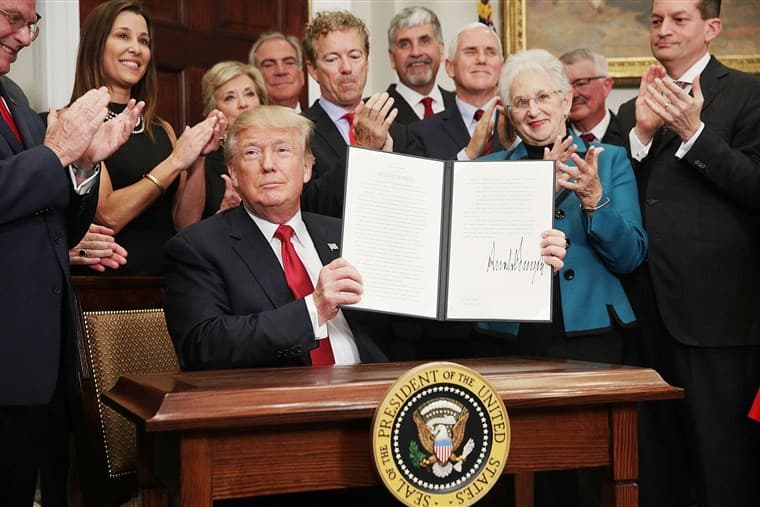 The avalanche of “religious freedom” bills passed by Republican-led legislatures has become a bit sickening. These bills, which are notorious for their ability to allow business owners to refuse service to homosexual individuals based on their “religious beliefs,” are so extreme that even Arizona Governor Jan Brewer, the woman who famously put her finger in President Obama’s face, vetoed one such bill.

A resurrected bill in Georgia, a state whose legislature and governor mansion are both held by Republicans, could put this issue back into the national spotlight. Unfortunately, it could also have effects even more detrimental than legalizing bigotry. It could allow spouse and child abusers to hide behind religion.

Much like the laws put forward in other states, Georgia’s “religious freedom” law would allow businesses to hide behind religion to excuse their bigotry. Republican legislators tried to get this law passed previously, but large companies and religious leaders alike opposed the bill. Sadly, this hasn’t stopped Rep. Sam Teasley and Sen. Josh McKoon from trying to legally codify bigotry.

What’s especially scary, though, is the fact that the law could potentially allow those who abuse their children or spouse a “get out of jail free” card. This is because the law states that individuals won’t be subjected to laws that are against their deeply held religious beliefs.

To put this into perspective, an 8-year-old Georgia boy, Josef Smith, died in 2003 after being beaten and locked in a closet by his parents to pray to Jesus. The parents and their church claimed that the abusive behavior that led to the boy’s death was in line with their deeply held religious tenets. The parents received a life sentence plus an additional 30 years.

One year earlier, 11 members from a Georgia church were indicted for child abuse after beating a 7-year-old and 10-year-old boy so severely that the children were left with open wounds. The pastor said this “discipline” was part of his religious doctrine. In fact, he claimed that his freedom of religion was being directly violated by not being allowed to engage in this abuse. The pastor was sent to prison.

Fortunately, the “religious freedom” bill wasn’t law in Georgia during either of these incidents.

Some people may say that these are isolated incidents, but these are two cases just from the state of Georgia. Others say that common sense would prevail and that no judge or jury would allow these “religious freedom” bills to be used as justification for abuse.

Scarily enough, though, a federal judge in Utah sided with a Mormon man who refused to provide information about the fundamentalist religious offshoot that he was a part of. He said doing so would violate his beliefs, but unfortunately, this information was needed to expose potential violations of child labor laws.

These are very real concerns, and when people are allowed to claim “religious freedom” as an excuse to violate common sense and the law, terrible things can happen. A letter penned by 60 religious leaders in Georgia proclaimed that they did not support the bill. The reasons given were:

“First, it would put an individual’s religious beliefs ahead of the common good. Second, it could unleash a wave of costly lawsuits that will add burdens to both the courts and taxpayers alike. Third, it is unnecessary because our freedom of religion is already guaranteed and protected by the U.S. Constitution and Georgia’s State Constitution.”

A Georgia where business owners can refuse service to homosexuals while abusive individuals can use their chosen religion to justify beating their spouse or child. Sounds like a conservative paradise to me.

A special note to all women who continue to vote Republican and support these types of laws: just remember what the Bible says in Deuteronomy 22:20-21 about ladies who aren’t virgins when they get married:

“But if the thing is true, that evidence of virginity was not found in the young woman, then they shall bring out the young woman to the door of her father’s house, and the men of her city shall stone her to death with stones.”

Enjoy all that religious freedom.