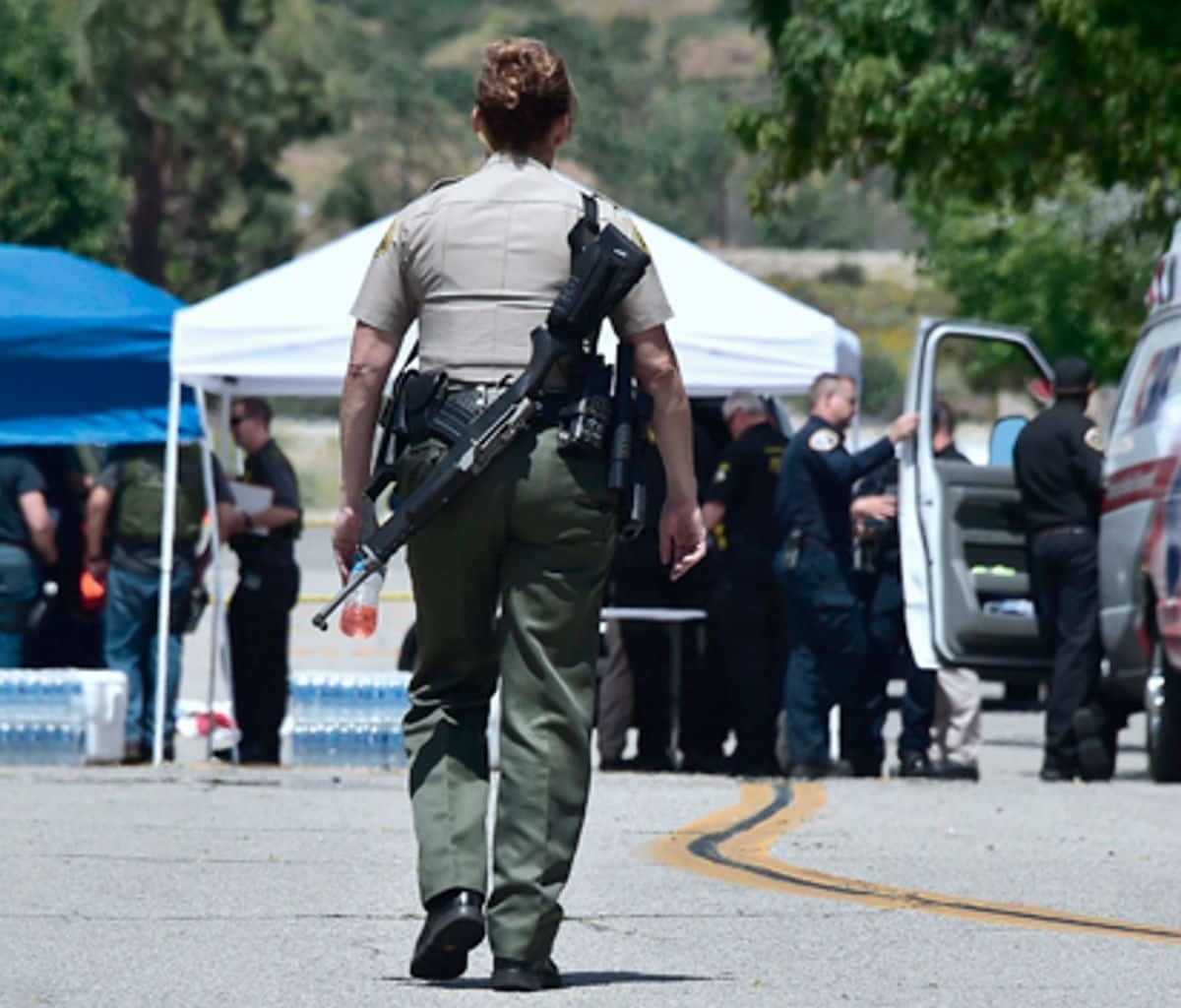 We Already Know GOP And NRA Antics Are Arming Terrorists

The Republicans andtheir NRA friends are hoping Americans are so full of Islamophobic hate that they’ll dare to pat them on the back and consider them vindicated by yesterday’s nightmarish events in San Bernardino, Calif. In reality, the truth is the EXACT opposite. The GOP and NRA should instead get down on their knees and pray that this isn’t linked to foreign terrorism.

Not only would it vindicate the New York Daily News instead, it would put members of Congress and NRA lobbyists on the threshold of treason.

If even one of those suspected terrorists were confirmed to be an ACTUAL terrorist, it would mean that Republican lawmakers enabled the dangerous individual to arm his or herself against Americans.

As the Daily News pointed out on their “NRA Jihad” cover, over 2,000 suspected terrorists were able to legally buy guns thanks to “gun nuts” blocking every attempt to close gun law loopholes. If even one of those suspected terrorists were confirmed to be an ACTUAL terrorist, it would mean that Republican lawmakers enabled the dangerous individual to arm his or herself against Americans.

This was a commonly held concern before the San Bernardino shooting on Wednesday. During that horrific event, a man and woman now identified as Syed Rizwan Farook and Tashfeen Malik carried out one of the worst mass shootings in recent history.

Police officials have already gone on record as labeling it an act of domestic terrorism, which it certainly is. However, as the right-wing media and GOP politicians play up the killers’ “otherness” by emphasizing how “Middle Eastern” they are, it seems they’re angling for proof this is a foreign terrorist act.

Such behavior from the far-right suggests they don’t seem to realize the GOP and NRA together, through decades of purposeful action, would be likewise implicated. You see, NBC News has already confirmed that two of the weapons used in the San Bernardino massacre were purchased legally.

There is simply no way the GOP and NRA can spin this ugly situation and potentially chilling reality in their favor. Either their blocking of vital gun legislation continues to aid in acts of domestic terrorism or this is the first major case of these antics leading radicalized terrorists to arm themselves right here on American soil in order to kill Americans.

Pouring billions of dollars into military funding is useless if the enemy is already here, using your own legal loopholes against you.

It doesn’t matter where the threats to the security of Americans hail from if they are easily able to carry out their anti-American missions thank to gun lobbyists and Republicans. It’s one thing to claim that these terrorists smuggled illegal arms into the country; it’s something entirely different when the media is reporting terrorists can just walk into a gun store and buy whatever they need. Pouring billions of dollars into military funding is useless if the enemy is already here, using your own legal loopholes against you.

I shouldn’t have to tell you we’re WAY beyond the stupidity of, “As long as Muslims are kept out of gun stores, we’re all safe!” Did you miss that Planned Parenthood shooting last week? How about the many mass shootings this year alone that had NOTHING to do with DAESH or sympathetic ties to radical Islam?

We are at a place where the only option is for the GOP-controlled Congress to do their damn jobs. They MUST pass laws that regulate gun purchases and help keep these weapons out of the hands of dangerous people.

Blatant refusal to do this, and despite strong indication such an act aids domestic and foreign threats to the United States, must be considered TREASON.

How are GOP and NRA antics practically treasonous at this point? Well, let’s have a closer look at 18 U.S. Code § 2381, which deals specifically with treason. Emphasis mine:

Whoever, owing allegiance to the United States, levies war against them or adheres to their enemies, giving them aid and comfort within the United States or elsewhere, is guilty of treason.

American politicians should, more than anyone else, owe their allegiance to the United States. They are charged with doing everything in their power to represent the best interests of their American constituents. However, GOP legislators have allowed gun lobbyists to influence their decisions to the point where not only are the best interests of Americans irrelevant — They are continually blocking laws that could directly aid American enemies already on American soil.

Terrorists are at war with the United States. They will use any means necessary, either within our borders or abroad, to destroy our nation. As an American, you are therefore not at liberty to act in ways that aid these enemies of the United States…Not while also claiming allegiance to it.

As far as I’m concerned, there is only one course of action. The GOP and NRA must demonstrate their loyalty to the United States by ceasing any and all acts that give “aid and comfort” to those working against our nation. This includes knowingly working to block legislation that would stop terrorists from gaining access to weapons.

To continue to do otherwise should be considered treason. Perhaps it would help these persons to be reminded of the consequences of treason before continuing on their present path.

Whoever…is guilty of treason and shall suffer death, or shall be imprisoned not less than five years and fined under this title but not less than $10,000; and shall be incapable of holding any office under the United States.

UPDATE 1:08 PM: It’s now being reported live (via ABC News) that all of the weapons used in the San Bernardino mass shooting were legally purchased.