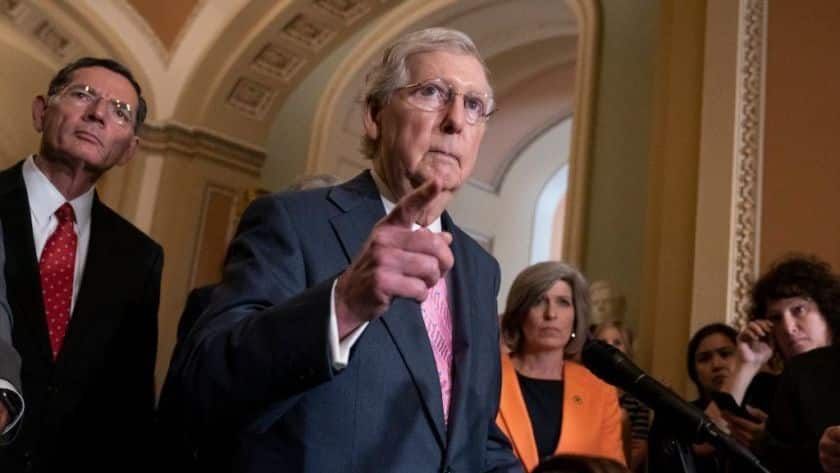 Before their newly filled seats in Congress were even warm, Congressional Republicans effectively cut benefits to millions of disabled workers by the end of next year. In a feat of legislative sleight of hand, the GOP made the cuts a near certainty while maintaining deniability that they have done so. All of this was accomplished with a simple change of Congressional rules. No new legislation was passed, not even a cut in the budget.

The new rule slipped in on the first day of business restricts the routine transfer of funds from the Social Security trust fund into the fund for disability payments. Such reallocation has been common practice in the past, transferring money between the programs at least 11 times. Without the transfer, the Disability Insurance fund will run dry before the end of 2016, necessitating a 20% cut in benefits to some of our most needy.

The GOP’s ability to deny they have made such a cut stems from the rule’s exception. A reallocation would be allowed if it “improves the overall financial health of the combined Social Security Trust Funds.” There are two ways to do that. One is to make cuts in benefits. The other is to increase revenue flowing to the fund. Since the GOP shows no signs of abandoning their mantra of no new taxes, the only possibility is cuts.

In the words of Max Richtman of the Committee to Preserve Social Security and Medicare,

It is hard to believe that there is any purpose to this unprecedented change to House rules other than to cut benefits for Americans who have worked hard all their lives.

Republicans justify the move by claiming it’s for the good of Social Security in the long run. GOP Congressman, Tom Reed of NY said in a statement,

“My intention by doing this is to force us to look for a long term solution for SSDI rather than raiding Social Security to bail out a failing federal program. Retired taxpayers who have paid into the system for years deserve no less.”

To accept this line of reasoning is to buy into the same tired GOP distorted logic that taxes cause spending and cuts reduce it. If Ronald Reagan proved anything in his 8 years in office it is that this is not true, but his party still refuses to accept this as fact no matter what history reveals.

In the past, Republicans have cited the need to reform the system to combat fraud. If fraud is a problem, then by all means find ways to eliminate it. Increase funding for investigation. Increase penalties. Clarify the rules for eligibility. But de-funding the program does not address that issue.

There is a problem with Disability Insurance funding. But this system is not broken, it is merely underfunded. The Center for Budget and Policy Priorities, a non-partisan research and po0licy institute, reported, The last two reallocations have shortchanged DI, underfunding it compared with the retirement program. The only thing keeping congress from addressing the real problems in the DI system is the GOP’s unwillingness to lose the threat of cuts as a bludgeon to force the Democrats to their will in other areas.

“Rather than solve the short-term problems facing the Social Security Disability program as we have in the past, Republicans want to set the stage to cut benefits for seniors and disabled Americans.”

After repeating ad infinite the refrain that President Obama is misusing his power with executive orders, Republicans in Congress have surpassed him in using a minor rewording of Congressional rules to undercut one of the most fundamental programs supporting the most vulnerable of Americans.