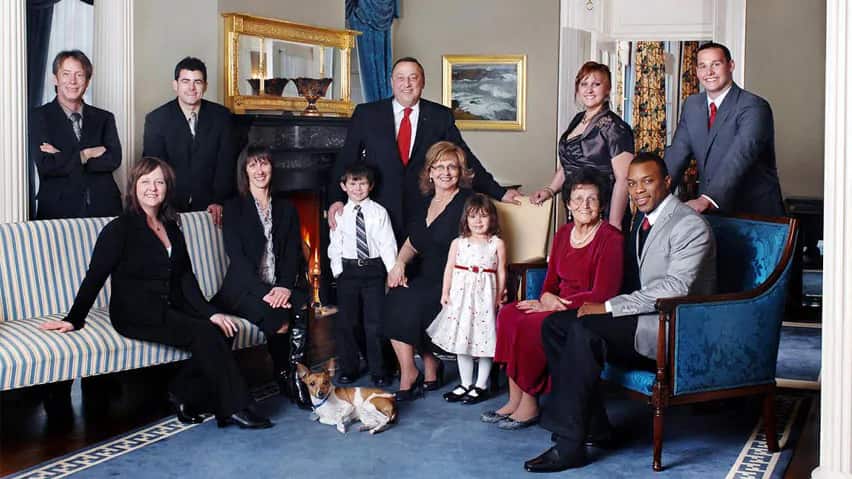 In a recent interview with WGME-TV, LePage encouraged Maine’s residents to take matters into their own hands wild-west style to combat the state’s ongoing drug crisis:

“Everybody in Maine, we have constitutional carry. Load up and get rid of the drug dealers… Because, folks, they’re killing our kids.”

LePage’s use of the term “constitutional carry” refers to Maine’s extremely liberal gun laws that allow residents to carry concealed weapons without a permit.

You read that correctly. The governor of a state suffering from a drug epidemic, and in which a large portion of the population can legally carry a concealed weapon, just told his constituents to go out and shoot drug dealers. What could go wrong?

Setting aside the legal and ethical implications of citizens implementing some sort of harebrained vigilante justice, it’s just not very smart to advocate people going out and looking for drug dealers to shoot. Why not? Because, at the risk of sounding cliche, some drug dealers carry guns, too. And when people with guns shoot at other people with guns it becomes a shootout, which increases the possibility of innocent people getting caught in the crossfire.

When a reporter asked, “Governor, you’re not suggesting a vigilante type justice here, right?” LePage was quick to respond. Chuckling, he said, “No, sir. I’m smart.”

Let’s skip over the “I’m smart” part and stay focused on the fact that it sure seems like LePage is suggesting vigilante violence, especially when taking into consideration that he says, “Where’s the outrage? Let’s get mad. Let’s stop it,” in another clip from the interview.

Now that’s how you kick your irresponsible rhetoric up a notch—you throw some “outrage” in the vigilante mix.

LePage’s tough (read: “reckless”) talk came only a day after he publicly called for reinstating Maine’s death penalty so that drug dealers could be publicly executed by guillotine.

Yes, you read that correctly, too.

In a radio interview Tuesday with WVOM, LePage argued that drug dealers found guilty of selling drugs that lead to lethal overdoses should face the death penalty. “I think the death penalty should be appropriate for people who kill Mainers,” LePage said. “Actually, if you want my honest opinion, we should give them an injection of the stuff they sell.”

Considering that capital punishment is still legal in 31 states, suggesting that drug dealers receive death for their crimes might not seem too crazy to some people.

But don’t worry. LePage one-upped himself only moments later to ensure that it was completely clear that he was, in fact, saying something 100 percent insane:

“What I think we ought to do is bring the guillotine back. We could have public executions and have—you know—we could even have which hole it falls in.”

So there you have it. The democratically elected governor of the state of Maine wants to start having game-show style public executions where people get to guess which hole a convict’s freshly decapitated head will tumble into.

Of course, when reporters later pressed him on the statements, he said that he was joking.

For the record, Maine abolished capital punishment in 1887.

Fine. Everybody slips up and says something dumb now and then. And perhaps LePage just has a quirky “isn’t the thought of gruesome public executions funny” sense of humor. Fair enough.

With LePage, however, it’s not an occasional harmless flub that can be easily laughed off and dismissed. It’s a persistent and unabashed pattern of outlandish and offensive statements. Like Trump and far too many others in the Republican Party, making inflammatory comments is part of his political persona.

During a town hall meeting in Bridgton, Maine, on January 6, LePage made racially charged statements during a discussion of the state’s drug epidemic:

“The traffickers—these aren’t people who take drugs. These are guys by the name D-Money, Smoothie, Shifty. These type of guys that come from Connecticut and New York. They come up here, they sell their heroin, then they go back home. Incidentally, half the time they impregnate a young, white girl before they leave. Which is the real sad thing, because then we have another issue that we have to deal with down the road.”

Aside from the inanely stereotypical names LePage associated with supposed drug traffickers (which Twitter and other social media had a field day with), LePage made sure to throw in an allusion to good ol’ fashioned anti-miscegenation prejudices just to ensure there was zero doubt he was being overtly racist.

LePage later downplayed the racial implications of his statements. “I made one slip,” he told reporters at a press conference on January 8. “I was going impromptu, and my brain didn’t catch up to my mouth.”

“Instead of ‘Maine women,’ I said ‘white women,’” LePage added. “I’m not going to apologize to the Maine women for that because if you go to Maine, you will see we are 95 percent white.”

Hmm… Yeah… That still sounds kind of racist. To be fair, LePage was gracious enough to give everyone permission to say so. “If you want to make it racist, go ahead and do what you want,” he said at the press conference.

Mainers should have expected behavior like this from the governor they elected — twice. After all, it’s not as if LePage avoided making dumb, off-the-cuff comments when he ran for the governorship the first time back in 2010.

While campaigning in September of 2010 LePage was caught on video telling fisherman at a Republican forum, “As your governor, you’re gonna be seeing a lot of me on the front page saying, ‘Governor LePage tells Obama to go to hell.’”

And in August of 2013, just three months before being re-elected, he “joked” about blowing up the Portland Press Herald building while strapped into an F-35 Lightning II simulator at aerospace corporation Pratt & Whitney’s annual employee appreciation day. “I want to find the Press Herald building and blow it up,” LePage told a Lockheed Martin Corp. employee standing nearby.

In response to media criticism of the comment, LePage’s office responded via Twitter, tweeting, “Threatened? It was a joke, folks.”

Yes, it was obviously a joke, but it was a very dumb joke, one unworthy of a governor.

Fortunately, Maine’s governors are limited to two elected terms in office. LePage’s second term will end in January of 2019. That’s if ongoing impeachment efforts don’t force him out sooner.

In recent months LePage’s approval ratings have dropped as low as 32 percent, making him one of the least popular governors in the country.