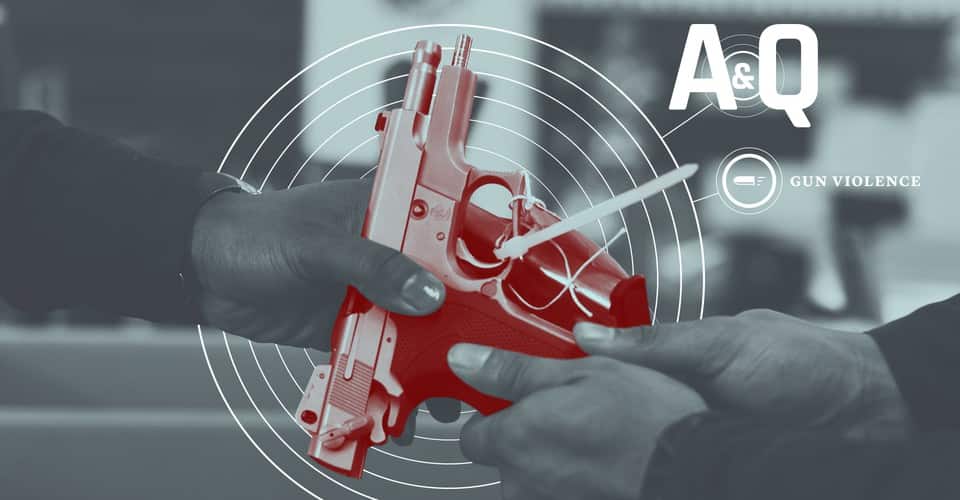 Gun control is a contentious topic. Everyone has an opinion on it, and rarely do two people agree fully about every facet of it. There are only a few constants in this debate that we all know universally across the board: Guns are dangerous in the wrong hands, we need reasonable gun control in this country, and far too many Americans are dying in mass shootings because no one wants to have a serious discussion about gun control.

At first, I was going to write a lengthy piece demanding real gun control, tearing down America’s gun culture, and outlining why we need to have a rational discussion about it. In the end, though, I decided to scrap that idea entirely and do the thing that more people need to be doing: offering a tangible solution.

Is my gun control idea the best idea? I don’t know. Is it even a good idea? That’s for you to decide. But at least it’s something, and that’s a hell of a lot better than all of us flinging anger at each other while accomplishing literally nothing. So do us all a favor: Please read this idea before you comment on it. And if you try to say it’s a bad idea, try to also offer up ways to improve it, or a better idea entirely. Because we need to change something, and we need to change it now.

The Solution To Gun Control? The DMV

So what’s my idea, and where do we find it? How do we solve the quagmire of gun control? The main segment of my solution can be found in one of the most despised locales in America… the DMV.

For my idea to work, we’ll need to create a new department of the Federal government — let’s call them “The Department Of Firearm Safety,” or “DFS” — and their job is to work much like the DMV, but for gun control. The DFS would have offices all over America, pretty much wherever a DMV office exists. And if you want to own a gun, you’ll need to spend some time there. If you’re a gun owner, this already sounds terrible, but stay with me… I think it gets better.

In order to use or own guns, you’ll need to obtain a gun user’s license from the DFS.  But this isn’t as simple as walking in, paying a fee, and walking out. It’s a lengthy, arduous process that replaces several existing gun control laws we have today, in a way that I personally believe is better.

Step one? You’ll need a permit. Permits can be acquired at any age, though you can’t get your actual license until you’re 18 years of age. You’ll need to pass a vision test, as well as a very simple written test on gun safety. Also, you must have your permit for one full year before you can acquire your license.

The permit allows you to operate a firearm only under the direct supervision of its licensed owner standing within 50 feet of your person, who is actively assuming an equal portion of liability for what you do with that weapon. The idea is that the weapon’s owner can train a permit-wielding individual in gun safety and safe usage.

Permit-holders must take a mandatory safety course from a federally-certified school/instructor, similar to the five-hour safety course New York State has for driving. This course would include a written exam be passed as well. Next, the permit-holder would need to pass a physical evaluation and a mental evaluation, both certifying they’re safe to operate a firearm. The particulars of these evaluations I’ll leave to medical professionals.

When the permit-holder is ready, they’ll take a gun range test with a certified instructor, proving that they fully comprehend firearm safety and that they’re capable of aiming a firearm well enough that they aren’t a danger to bystanders. If they pass this test, voila! They’re given their license, which expires every five years and must be renewed, along with physical and mental health evaluations. Failing those tests later in life will result in law enforcement seizing your weapons until such a time that you can pass both tests again.

With your new license in your pocket, you’re now allowed to own firearms, and buying them is considerably easier, too: there’s no more background checks or waiting periods. But this idea wouldn’t be complete if we didn’t also make drastic changes to how guns are sold in America.

You can only purchase firearms from licensed dealers, who are required by law to swipe your license prior to a sale and record the full transaction for the authorities. That transaction is immediately entered into a federal database, accessible by local, State, and federal law enforcement around the country. All firearm purchases and title transfers are automatically logged by the DMF, and all firearm registration numbers are tracked by them as well.

At this point, you’ll need to purchase gun insurance, which will be considerably cheaper than car insurance. The idea is that if your weapon hurts another person or damages someone’s property, the insurance pays medical expenses and is used to settle lawsuits and legal fees resulting from the incident. If your weapon is stolen, the insurance will replace it, too, but only if you contact law enforcement within some period of time of learning the weapon was stolen (which you should be doing anyway).

That just about does it for gun control… now let’s talk about bullet control. All bullet manufacturers will now be mandated to imprint registration numbers on all bullets sold in America. These alphanumeric codes will allow law enforcement to know precisely who purchased what bullets and track down possible murderers incredibly fast, since no one can buy bullets without a license. This transforms a lengthy, arduous murder investigation into a few minutes of lab work.

Is This The Solution To Gun Control?

Is this the solution to gun control? I don’t know for certain, but I certainly think it is. It makes guns harder to obtain for the wrong people, easier to obtain for the responsible people, obliterates mountains of frivolous gun control regulations that aren’t working, and vastly improves what law enforcement can do… if this isn’t a sensible solution, I’d love to know what is. Leave a comment below and let me know what you think!