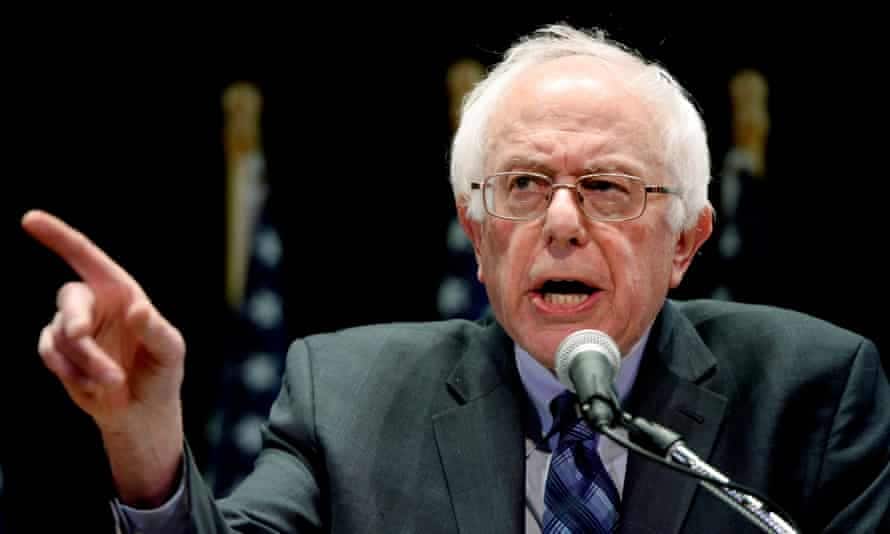 Bernie Sanders: If We Take Private Health Insurance Companies Out Of The System, We Can Have Health Care For All.

Uh oh, if the shareholders and top brass of our nation’s health insurance companies aren’t quaking in their boots already, they will if Bernie Sanders wins the White House. Why? They’re the only thing standing between him and his goal of providing health care to all Americans.

During Monday’s Brown and Black forum for Democratic presidential candidates in Des Moines, IA, Bernie Sanders blames private health insurance for the failures of our nation’s health care system, which has the highest costs and the worst outcomes among industrialized nations.

And yet, despite all of those failings, guess what? We end up spending far, far more per capita than do the people of any other country, who guarantee comprehensive health care to all of their people. We’re spending almost three times as much as the British, 50 percent more than the French.”

When asked for his thoughts on the role of private health insurance companies in health care, Bernie Sanders baldly stated that there is no role for them, because they serve no useful purpose.

“So to answer your question: What I believe, is in comprehensive, universal health care for all people with a Medicare for all, single payer program. And when you do that, by the way, because you take private insurance companies out of the system, whose only function in life is to try and make as much profit as they can, when you control the costs of prescription drugs, you end up providing healthcare to all — comprehensive — and saving middle class families thousands of dollars a year. That’s why I believe in a Medicare-for-all system.”

Cutting the health insurance companies out of our health care system would save us $600 billion a year, Right-wingers go on about saving money, and how businesses are more efficient than “Big Government” agencies, but really, they’re dead wrong. As Bernie Sanders points out, these private sector, for-profit health insurance companies are terrible at providing quality health care at a reasonable cost. Compared with the government-run health care systems of other countries, our health care sector’s a bloated behemoth. And to add insult to injury, these companies pass their higher costs to US taxpayers.

As my Reverb Press colleague, Jenna LeFever wrote in November, health care spending is through the roof, and we get little for our money:

And guess what? As Jenna LeFever’s article explains, Bernie Sanders is dead-on right. If we adopt universal health care (with Medicare as the single payer), costs would go up: The US government would pick up 80 percent of health care costs and spend $6 trillion a year more, to the tune of $1.9 trillion per year. But (and there’s a BIG but) cutting out useless middle men — the health insurance companies — and moving to a single payer system would result in a net $600 billion per year in savings for all of us.

How Can For-Profit Health Insurance Companies Be Cost-Effective When They Pay Their CEOs Over $10 Million A Year?

Republicans refuse to admit that when we pay inflated amounts for health insurance, prescription drugs, treatments, doctor visits and other health-related products and services, it amounts to an invisible tax. Only instead of covering health care for ourselves and our communities, our money goes straight into the bloated bank accounts of corporate CEOs and shareholders.

According to Fierce Health Payer, a trade publication for health plan executives, the CEOs for the “Big Five” health insurance companies are making out like bandits:

And in case you think the so-called non-profit health insurance groups are any better, think again. In 2011, Modern Healthcare reported that George Halvorson — then the chairman and CEO of Kaiser Permanente — raked in $7.9 million. If you ask why these CEOs get paid so much, health care industry spokesmen and women will insist they need to pay competitively to attract “top talent.” To which I respond: Really? Given how greedy and destructive these CEOs are, I’d say we don’t need any more of that kind of talent.

Polling Trajectories Suggest A Repeat of 2008 For Hillary Clinton