Hey, Hillary Fans, Back Off! In A Democracy, It’s OK To Have Other Ideas 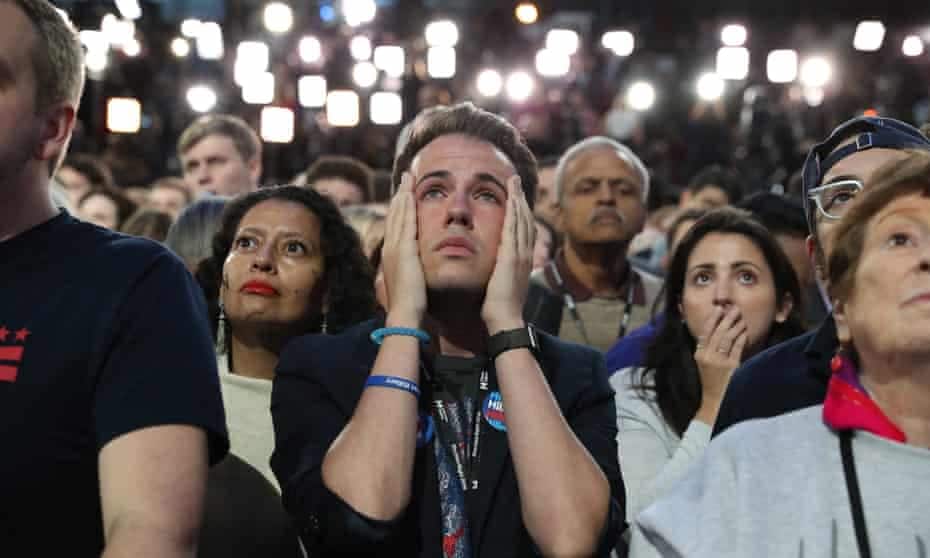 All you Hillary fans who think you’re doing her some kind of favor by pummeling every Democrat and liberal/progressive who isn’t a fan need to think again. You’re pissing people off.

Not everyone believes she’s the only candidate who can beat the nutty GOP field in 2016. Not everyone thinks that a discourse of ideas among liberals is a bad idea. And it’s especially maddening to be piled upon when there are legitimate concerns about where Hillary stands.

Those concerns have been voiced in publications like HuffPost and Truthout.  But U.S. News makes a point that possibly no one else has yet:

“If Clinton folds under political attack or has an unexpected health emergency, absent a bigger and better field, Democrats might as well hand Republicans the White House with a bow on top.”

As the magazine puts it, why is there no Plan B? Being so gung-ho about one candidate that other voices are actively squelched could well mean the left will be shut out in 2016. Contingency plans, people!

As valid as that point is, it’s not what’s pissing off many on the left. There are two issues: some of Hillary’s positions have been anathema to liberals, plus, other candidates do exist, if there weren’t such an effort to smother the life out of them.

More importantly, some of where she stands threatens the kind of future that liberals/progressives want for this country. Here are some of the most problematic issues:

— She’s a HAWK. Yes, in capital letters. From her votes in favor of a war with Iraq, to her desire for military intervention in places like Syria and Iran, to her unwavering support of Israel’s Netanyahu — including a defense of the attack on Gaza that massacred 2100 Palestinians, mostly civilians, last summer. If the U.S. keeps going to war, we can write off any kind of desirable future and any concerns about domestic issues. The country will have neither the time nor the money for other priorities.

—She’s way too cozy with Wall Street. Among her top contributors are Citigroup, Inc. (#1), Goldman Sachs (#2), JP Morgan Chase & Co. (#4), Morgan Stanley (#6). These are the out-of-control companies that almost broke the U.S. economy with their risky ventures in 2008. That’s a time when the country can say without qualification, Thank God Obama won the presidency, not Hillary.

— She only embraces a progressive viewpoint on issues of freedom when backed into a corner. It wasn’t until support for marriage equality swept through the country that Hillary finally stepped up — a scant 2 years ago — and said she supported it as well. She voted for the Patriot Act and its reauthorizaton. In 2005, she co-sponsored a bill to make flag-burning a felony. Regardless of people’s personal feelings about flag-burning, the left historically protects freedom of expression.

—She has a questionable history on the environment. She has consistently refused to state a position on the Keystone XL pipeline. However, she’s been a vocal supporter of fracking. As Secretary of State, she helped oil companies sell the practice to countries around the globe.

Those aren’t the only concerns, but they should give anyone on the left pause about Hillary’s candidacy and the future of the country if it were under her stewardship. If she can defend herself on these issues, then let her do so. But whether she can or not, voters —even on the left — have every right to explore their options.

There are, believe it nor not, potential candidates who have plenty of time to build a campaign. Martin O’Malley, former governor of Maryland, has made his interest known. Jim Webb, former senator from Virginia has an exploratory committee.

Set on a woman? Try drafting one — say, Senator Kirsten Gillibrand of New York or Senator Amy Klobuchar of Minnesota. Don’t know who these people are? There’s plenty of time to find out — start with clicking their names to go to information about them. Explore the possibility that liberals can do better.

But for God’s sake, Hillary fans, stop trying to shove your candidate down everyone else’s throats! That’s a good way to get liberal voters to choke.