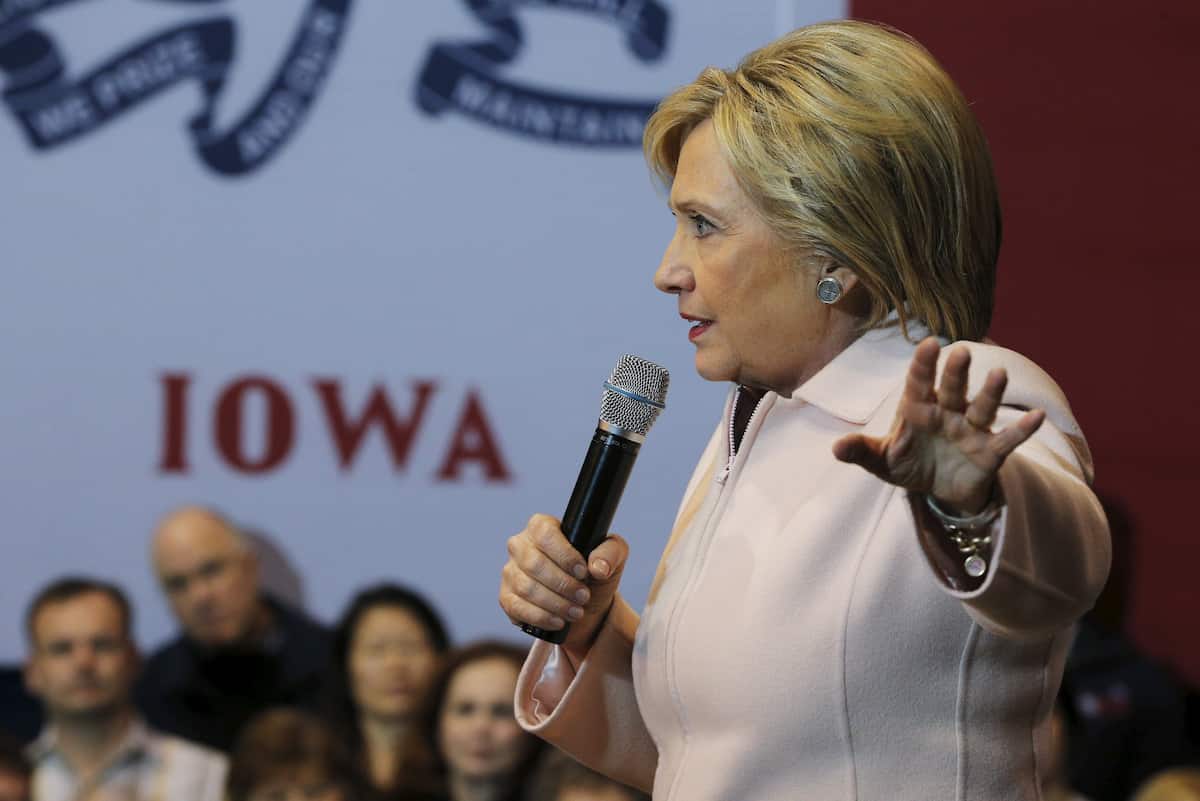 Presidential front-runner Hillary Clinton keeps attacking insurgent candidate Bernie Sanders’ call for a single-payer universal health care system. But, as it turns out, she was singing a different tune in 1993.

Back then, Hillary Clinton was President Bill Clinton’s first lady, Americans were reeling from a recession, and she had an ambitious health care agenda of her own. Health care reform was a central part of Bill Clinton’s platform, and he put Hillary in charge of his  Task Force on National Health Care Reform. Universal health coverage was the central tenet of “Hillarycare,” and of course, the Republicans never let it get anywhere and smacked Hillary Clinton down for being uppity. Because first ladies should be in the kitchen baking cookies, of course.

Back then, Bernie Sanders was a congressman and one of Hillary Clinton’s key allies in her push for health care reform. On Wednesday, Bernie Sanders tweeted a little reminder: It’s a signed and dated photograph from the then-first lady with the two of them chatting.

“To Bernie Sanders with thanks for your commitment to real health care access for all Americans…”[email protected] pic.twitter.com/XMVPEx8fT8

At the bottom of the photograph with Bernie Sanders and Hillary Clinton from 1993 is the following inscription from the first lady:

“To Bernie Sanders with thanks for your commitment to real health care access for all Americans and best wishes” — Hillary Rodham Clinton, 1993.

So Why Is Hillary Clinton Bashing Bernie Sanders On Universal Health Care Now?

Given how Hillary Clinton led the crusade for universal health care back when Americans were getting laid off right and left and hadn’t yet gotten used to working crappy jobs and contract gigs with no benefits, her change of heart seems odd. Especially since her husband’s Labor Secretary Robert Reich has explained in-depth that Sanders’ seemingly expensive policies would actually cost us nothing, and recent data shows that a single-payer health care system would save us $600 billion a year.

No, actually. It’s the ACA that unfortunately puts Republican governors in control of people’s access to health care. Because it’s a miracle that President Barack Obama and the Democrats were able to get anything through the obstructive GOP lawmakers at all.

So what’s lurking behind Hillary Clinton’s sudden change of heart?  It might have a lot to do with the fact that she has received more contributions from pharmaceutical companies for this election cycle than any other presidential candidate, Democratic or Republican. As of October, she’d already raised  $164,315 from Big Pharma. According to U.S. News and World Report, since she first ran for Senate back in 2000, Hillary Clinton has received millions from insurance, drug and health-related companies.

Since her first bid for Senate in 2000, Clinton has accepted nearly $1 million from drug and health companies and more than $2.7 million from the insurance field and its related sectors, according to an analysis of public records from the Center for Responsive Politics. While the analysis did not include campaign finance figures for the 2016 cycle, some of the same donors and patterns can be seen in Clinton’s lone financial disclosure filed in July.

‘Ted Cruz Is NOT Eligible To Be President,’ Declares Constitutional Law Expert (VIDEO)