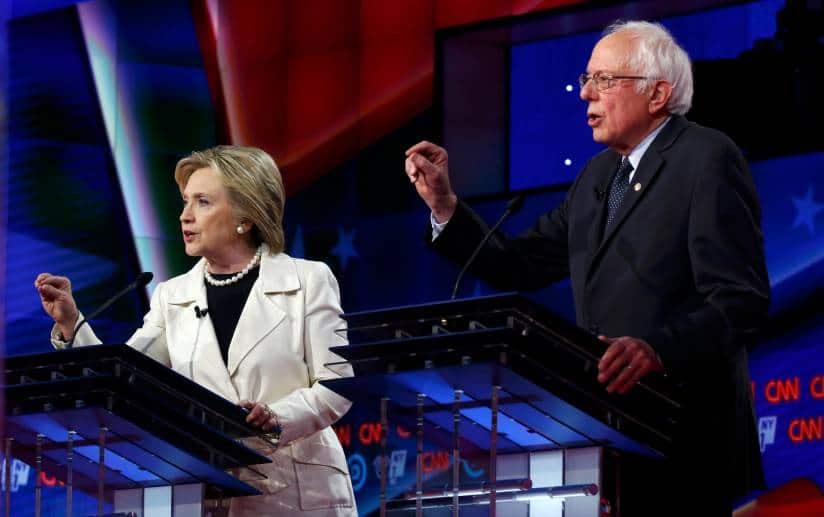 How Does Hillary’s Campaign Finance Reform Plan Compare With Bernie’s? You’d Be Surprised

This might come as a pretty big shock to some of you, but Bernie Sanders isn’t the only democratic presidential candidate running in 2016 who wants to bring about campaign finance reform. Despite the criticisms lobbed her way, Hillary Clinton also wants to fix the number-one issue crippling Washington today. But what does her plan entail? And how does it stack up against that of Bernie Sanders?

For those of you who aren’t familiar with the phrase, campaign finance reform refers to policies that would hopefully reverse the trend of big money in politics. By reforming the way campaigns at every level are financed (from mayoral races straight through to presidential runs), politicians wouldn’t be as beholden to their campaign donors and would be free to legislate based on the needs of their constituents, rather than the whims of whoever funded their campaigns the most.

Two democratic presidential candidates have stood at the forefront of demanding campaign finance reform. The first has obviously been Bernie Sanders, while the second is someone you’ve probably never heard of: Lawrence Lessig, who made this the only issue he cared to campaign on. At one point he vowed to deliver campaign finance reform before handing over the keys to the White House to his Vice President, but has long since dropped out of the running.

Campaign finance reform is a staple of Sanders’ platform, and a huge selling point for his armies of supporters. Many of America’s biggest problems — gun control, climate change, prison reform, clean air and water, and even right-leaning issues like budget reform — hinge on our inability to fix the way campaigns are financed. This isn’t just a big deal… it’s the biggest.

Campaign finance reform is a huge problem, but here’s the good news: All three candidates running for president on the democratic ticket have issued plans to resolve this serious issue (here’s Martin O’Malley’s plan). Are these plans as comprehensive as that of Bernie Sanders? That’s for you to decide.

How Does Clinton Stack Up Against Sanders?

How exactly does Hillary Clinton’s campaign finance reform plan stack up against that of Bernie Sanders? With most issues, Sanders tends to call for bigger, more drastic changes, while Clinton calls for smaller, subtler changes that are more politically feasible. But really, their plans for campaign finance reform aren’t all that different.

One notable separation, however, is that Sanders was calling for these things far earlier than Clinton, who didn’t add campaign finance reform to her official platform until September of last year, whereas Sanders has been championing it since he announced his candidacy. Clinton did the same with her college tuition plan; win or lose, Sanders has very successfully pushed the debate to the left of where it would be otherwise.

The smart money is on Bernie Sanders, the only presidential candidate on either side of the aisle who is running in 2016 without a single super PAC backing him (putting his money where his mouth is), and without question the candidate who has focused on this issue more than every other candidate combined. That’s not to say Hillary Clinton isn’t honest or doesn’t care about this issue, or wouldn’t fight for real campaign finance reform. But you couldn’t really argue that she’s as determined for this as Bernie Sanders is, not with a straight face at least.

At the end of the day, we can at least find comfort in knowing that if we elect a democrat into the White House, something will be done to bring about campaign finance reform. Which candidate has the best plan? Which candidate is the most sincere in wanting to bring about meaningful change? That’s entirely your decision. But one thing is certain… Trump aside, this isn’t something republicans want for the American people.