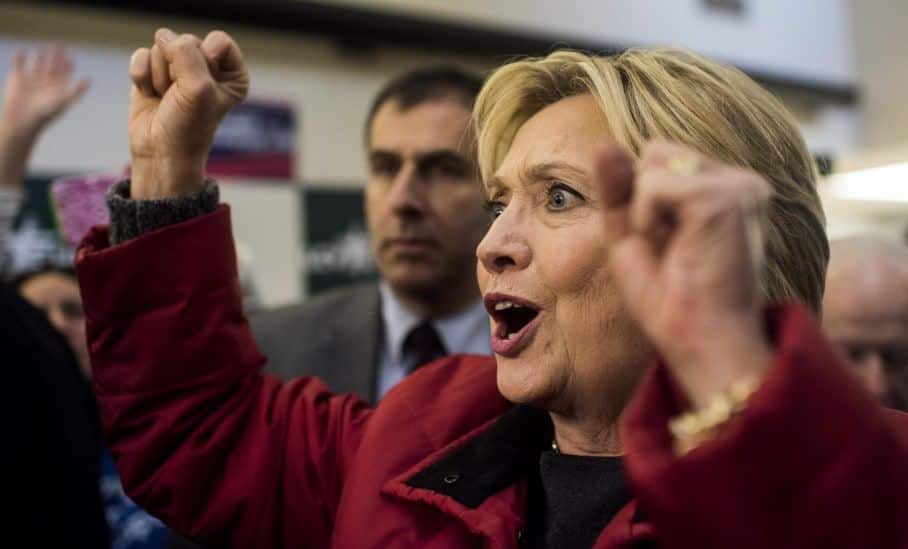 Did Those Coin Flips Hand Hillary Clinton Her Iowa Caucus Win? Probably Not.

“Wow! What a night! An unbelievable night,” Hillary Clinton exclaimed to a cheering crowd as she announced her narrow Iowa Caucus victory over Bernie Sanders late Monday. For many of Bernie Sanders’ supporters, “unbelievable” is the operative word here. The votes in at least six precincts came to a tie between Bernie Sanders and Hillary Clinton, and were decided with … wait for it … a coin toss. Furthermore, the Democratic frontrunner won an astonishing six out of six of these coin flips. No wonder the Bernie Sanders campaign called for a raw vote count [NOTE: Sanders’ campaign has since stated they will not challenge the Iowa Democratic Caucus results].

The Guardianreports that when Hillary Clinton was declared the winner, results from some Iowa precincts were still missing because the state’s Democratic Party didn’t have enough volunteers to count votes properly. Bernie Sanders told reporters:

“I honestly don’t know what happened. I know there are some precincts that have still not reported. I can only hope and expect that the count will be honest,. I have no idea. Did we win the popular vote? I don’t know, but as much information as possible should be made available.”

What Are The Odds Of Hillary Clinton Winning Six Out Of Six Coin Flips?

So what’s are the odds of the former Secretary of State winning all six coin flips? A statistically improbable (but not impossible) one in six. The Des Moines Register insists that since the coin flips all took place at the county level, not the state level, they amounted to “only a tiny fraction of the ultimate result.” Alas, some Bernie Sanders fans and Hillary Clinton haters aren’t buying it.

What you don’t see anyone talking about is the odds of Hillary winning all 6 precincts on a coin toss. Only 1.6%. #IowaCaucusresults #shady

Her winning streak aroused suspicion even before the sixth coin was tossed.

[email protected] won 5/5 tosses?!. . . Did they get the coins from the Goldman Sachs bank? #coinspiracy #IowaCaucus #DemCaucus @SenSanders

Some even wonder if Hillary Clinton’s supporters in Iowa’s Democratic Party had double-headed coins stashed away for this occasion.

@BernieSanders winning if it weren’t for 3 delegates decided by a literal coin-toss. #IowaCaucus #coinspiracy #dems.

Even those who seem neutral in the Bernie Sanders vs. Hillary Clinton debate find it bizarre that something as important as which Democrat will run for President of the United States would be decided with a coin toss.

In other words, although six is a small fraction of the thousands of overall county delegates, these coin tosses — all of which Clinton reportedly won, despite the low probability — may have pushed her over the edge, giving her the extra statewide delegate equivalents that granted her an additional Iowa delegate.

On Tuesday afternoon, Roll Callreported results from all the precincts had come in, confirming a win for Hillary Clinton. The Democratic Party’s state Chair Andy McGuire announced:

In the end, it doesn’t matter that Bernie Sanders lost: All he needed to do was make a respectable showing and Sanders went above and beyond that. Meanwhile, Hillary Clinton’s campaign is getting more of a fight than they bargained for.