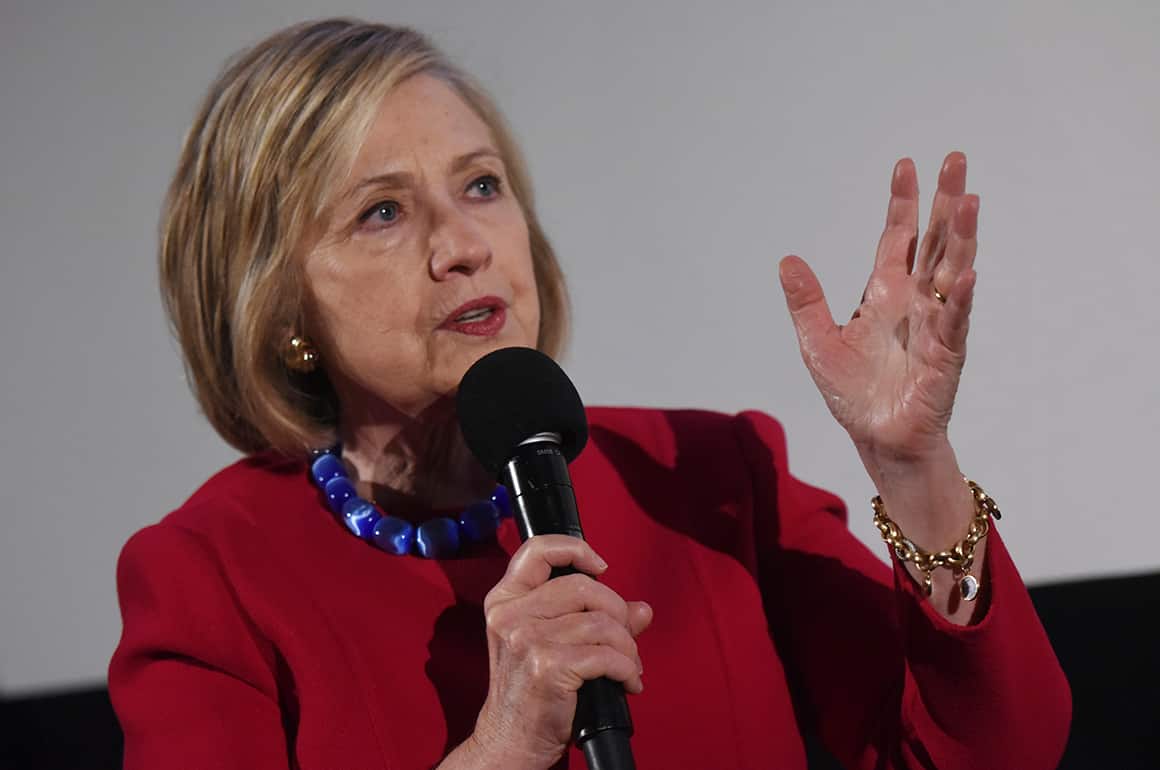 What’s the difference between Democrats and Republicans? Some say there is none, but Hillary Clinton begs to differ. She’s also just proven that if she and Jeb Bush run against each other in 2016, she’ll squash him like a bug.

On Monday, Hillary Clinton held a Facebook Q&A and answered questions from 16 lucky fans. While the event was a great success, the best part came when Charles Amuzie, a Washington, D.C.-based activist, asked what Hillary Clinton thought about Bush’s recent totally-not-racist comment. You know, the one about black people only voting Democratic because they want “free stuff,” and Hillary Clinton totally nails it. First, she declared that the casually racist comments we keep hearing from GOP presidential candidates like Bush are “deeply insulting.”

That kind of rhetoric is deeply insulting, whether it comes from Jeb Bush or Mitt Romney or Donald Trump. I think people are seeing this for what it is: Republicans lecturing people of color instead of offering real solutions to help people get ahead, including facing up to hard truths about race and justice in America.

Then, Hillary Clinton points out the true difference between Democrats and Republicans, when it comes to handing out “free stuff.” When push comes to shove, Democrats want to spend our tax dollars on fighting poverty and helping people get ahead, while the GOP only seems interested in helping big corporations and the rich people who run them.

Not to mention — Republicans have no problem promising tax breaks and sweetheart deals to their corporate friends, but when Democrats fight to make sure all Americans have access to quality, affordable health care, early childhood education, and job training, that’s giving away “free stuff”?! Talk about backwards.

Oh, wait, there’s another major difference between Democrats and Republicans. While political parties in the U.S. have always indulged in a little gerrymandering, vote rigging and election stealing, the GOP has taken it to a whole new level in recent years. Hillary Clinton calls out Bush (who just happened to be governor in Florida when his brother “won” the presidential election back in 2000) and his fellow Republicans for their assault on voting rights.

And that’s not all. I’m calling for an end to the era of mass incarceration, criminal justice reforms, and protecting voting rights, but Republicans across the country are making it harder to vote. That’s wrong and it’s got to change. -H

BOOM! Republican leaders used to at least make an effort to pretend they weren’t racist, but those days are gone. It’s about time Hillary smacked them down for it.

This isn’t the first time Hillary Clinton’s called Jeb Bush out on his B.S. and pointed out the stark difference between Democrats and Republicans. While speaking to the National Urban League conference in Fort Lauderdale, Fla. back in July, Hillary Clinton scoffed at the hypocritical name for her GOP rival’s PAC, “Right to Rise.”

New US Poll: Vast Majority Want Money Out Of Politics