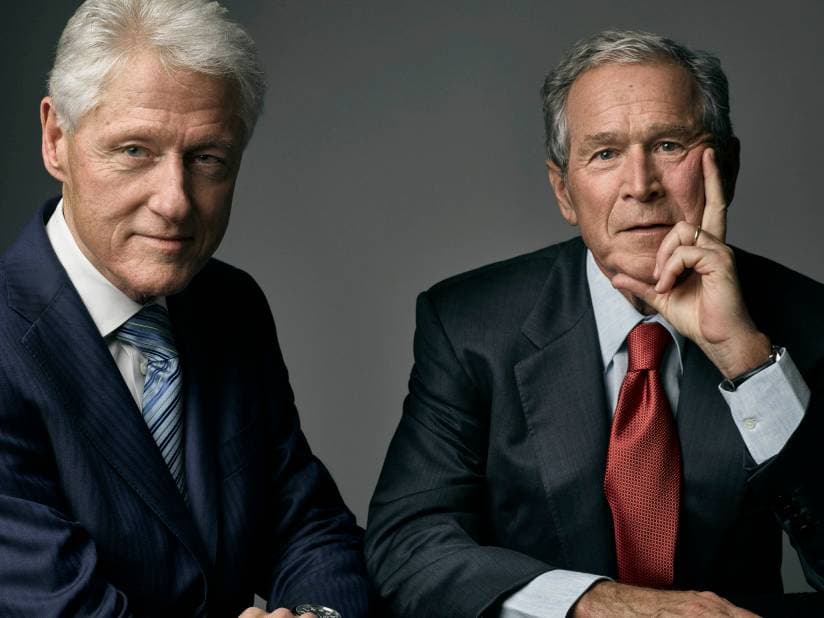 The more money a candidate has at their disposal, the smoother their campaign runs. Of course in our naive way, the average American assumes that “every little bit helps”. But it’s not the “little bits” linking presidential candidates Hillary Clinton and Jeb Bush. Instead, some of the richest Americans have splashed cash on both their campaigns.

This information comes by way of Vocativ and the Daily Beast, who analyzed Federal Election Commission data. What they found is that over 60 of the country’s richest and most influential individuals had given substantial donations to both candidates’ federal campaigns. Of that number, 17 men and women had also donated to their presidential campaigns.

It’s an eyebrow-raising situation to say the least, one where (as Vocativ and the Daily Beast suggest) it seems very rich people are “hedging their bets” to make sure they have a hand in the pocket of the winning candidate. But is this behavior all about controlling the aims of the future president?

To illustrate, let’s look at Shawn Seipler and James Richman. Seipler is the CEO of the nonprofit organization Clean the World Global, and Richman is a textile magnate who actively supports the cause to end income inequality. Could it be that they are so passionate about their causes, they’ll give to whoever they think has the best chance of bringing positive change? Certainly cause for speculation, but not quite as worrying as the motivations of certain “dynasty” donors. John Tyson, chairman of Tyson Foods, has a rather disconcerting connection to the Clinton political dynasty. In the late 1990s, then-Agriculture Secretary Mike Espy was accused of accepting illegal gifts. Several of these were from Tyson, who was a senior employee at the time. John was granted immunity from prosecution in exchange for his testimony. Although Tyson Foods was forced to pay $6 million to the government, only two people were ever sentenced to jail time. They were later given pardons by former President Bill Clinton. Despite the close shave, it appears that John Tyson has not backed off the “pay to play” game. According to Vocativ, this year he’s spent half a million on lobbying efforts concerning immigration reform, food safety regulations, and fuel taxes. Tyson also paid the Hillary Clinton and Jeb Bush campaigns $25,000 each.

Perhaps the most telling statement about the motivations of wealthy donors comes from David Stevens, CEO of the real estate lobbying group the Mortgage Bankers Association. Stevens served in the Obama administration as the Federal Housing Administration or FHA commissioner at the Department of Housing and Urban Development from July 2009 to April 2011. Though he wants to support the candidate that “best represent issues of housing and issues important to” him and is “not extreme,” he acknowledges that his money is spent to grant him “access” to make his case.

“While [Hillary Clinton and Jeb Bush] don’t make commitments, obviously, I want to make sure my views are presented to them, because they are considered more center-left or center-right.”

Some donors are “double-dippers” because they drifted from one camp to the other due to disillusionment. Others just want to be on the winning team. Regardless of the reasons for the multiple donations, what these double donations drive home is just how connected the most wealthy and powerful of Americans are.

Fun fact: @JebBush and @HillaryClinton both have the same top individual donors pic.twitter.com/ed64VoNYqp

While Hillary Clinton and Jeb Bush aren’t exactly “bosom buddies,” and they can’t always help who supports them and why. It’s still worrying, that so much money is flowing into these campaigns based on who spends enough to have the ear of the White House. The average American voter — the group that supposedly puts the president there in the first place — hardly has a fighting chance at such access.

Sorry John Boehner: Denali Is NOT, Never Was, And Never Will Be ‘Mt. McKinley’