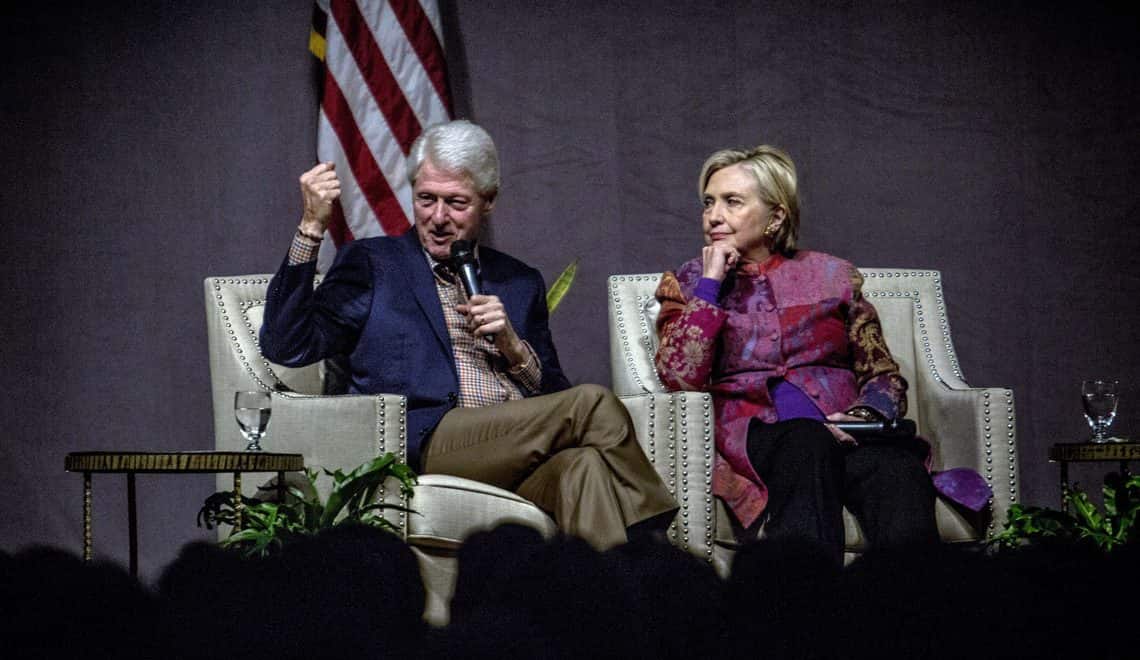 During the Republican primary debate in Iowa, Kentucky Sen. Rand Paul was asked if it’s fair to blame Hillary Clinton for her husband’s infidelities. His response

“I don’t blame Hillary Clinton at all for this. I don’t think she’s responsible for his behavior. But I do think her position as promoting women’s rights and fairness to women in the workplace, that if Bill Clinton did, any CEO in our country did with an intern … in their office, they would be fired. They would never be hired again.” [about Bill Clinton’s affair with his intern Monica Lewinsky.] “She can’t be a champion of women’s rights at the same time she’s got this that is always lurking out there, this type of behavior, so it’s difficult.”

“I combine this also with the millions upon millions of dollars they’ve taken from regimes in the Middle East who treat women like cattle.”

Sen. Rand Paul is perfectly within his right to question the Clintons’ ties with the Middle East, considering the atrocious, violent behaviors committed against women in the Middle East, often in accordance with Sharia Law.

Where Sen. Rand Paul crosses the line is in his contradictory response to the original question: He answers that no, Hillary Clinton is not responsible for Bill’s adultery and accusations of sexual harassment and rape. Yet he simultaneously proclaims that she’s not a feminist because she stayed with her husband. Since feminism should be about respecting women’s choices, let’s categorize this as utter nonsense, ludicrous, and a classic case of sexism and male chauvinism.

What’s puzzling about Sen. Rand Paul’s and the GOP’s obsession with Hillary Clinton’s decision (and right) to honor her marriage vows is the “little” known allegiance Republicans have to the religious right and traditional values. Unlike thrice-married Donald Trump — whom many on the “religious right” have inexplicably embraced — Hillary is committed to the Christian definition of marriage. Conservatives hate the fact that Hillary Clinton remains committed to her husband, her daughter, and now her grandchild. Hillary illuminates what conservatives embrace as “traditional values.” If she were a Republican, the GOP would bask in her glory and praise her commitment to her marriage.

The truth is the party that claims there is no “war on women,” indeed has perfected being the party that is against women in rhetoric and policy. Look at the attacks liberal women have faced, from Jane Fonda, Lena Dunham, to Sandra Fluke. Don’t even get me started on how they treated Anita Hall. Conservatives, especially the men, are addicts of belittling and berating women feminists that dare to admit they take birth control, have premarital sex  (and love it), and are workaholics too.