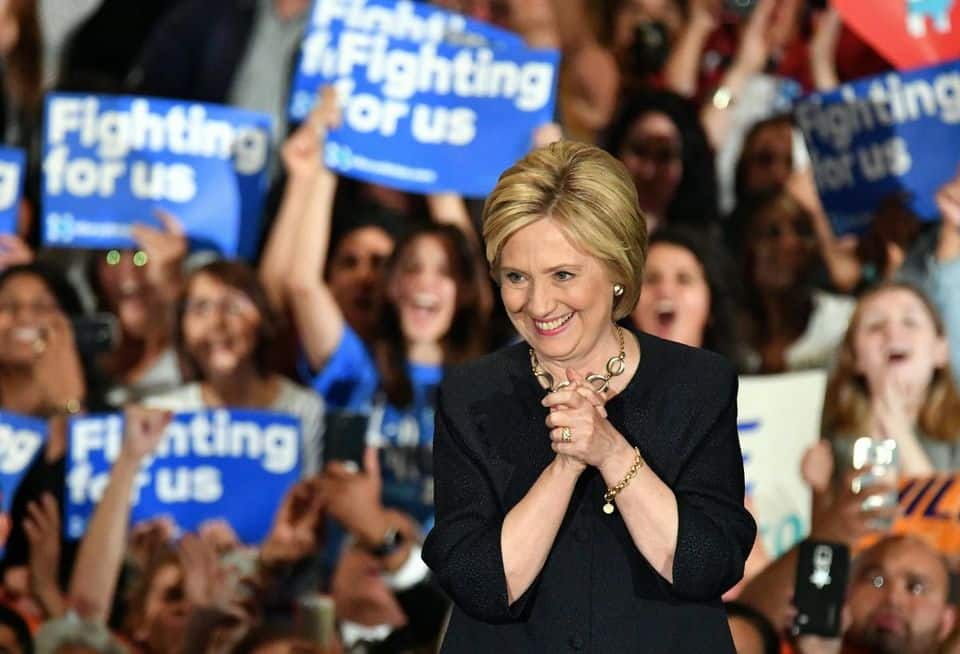 As the race for the White House inches ever closer to a conclusion, supporters on all sides are seeking out ammunition to use against their competition. As both parties have multiple candidates in the running, though, much of the mudslinging has been intraparty.

When looking at the Democratic side, many have complained about Hillary Clinton — the lawyer turned politician who is taking on Vermont Senator Bernie Sanders and former Maryland Governor Martin O’Malley — and her top campaign donors. Some say that Clinton is “bought and paid for,” but when one actually looks at these donors, things become a little less black and white.

There’s no denying that the donors of Bernie Sanders are quite different from those donating to Clinton. His top campaign contributors, for instance, are the Machinists/Aerospace Workers Union and the Teamsters Union. By comparison, Clinton’s top donors are Citigroup Inc and Goldman Sachs.

In reality, though, the fact that banks top the chart doesn’t mean that banks are actually her biggest contributors. As OpenSecrets points out:

“Because of contribution limits, organizations that bundle together many individual contributions are often among the top donors to presidential candidates. These contributions can come from the organization’s members or employees (and their families).”

So in actuality, Citigroup Inc. being at the top of Clinton’s donor list doesn’t mean a single bank is giving her huge chunks of money — any more than the Machinists/Aerospace Workers Union is single-handedly funding the largest portion of the Bernie Sanders campaign. It only means that employees and members of the organization, along with their families, are combining their money.

Thus, we learn more through the individuals donating to the candidates than who they’re donating through. When looking at this data, it’s retirees and lawyers who make up the bulk of Clinton campaign donations.

The lawyer part isn’t too surprising since Hillary is an attorney herself, but when looking at Bernie’s top donors, it turns out that retirees are also at the top of his donor list. Strangely enough, though, law firms and attorneys are also some of Bernie’s top donors. The real revelation on Hillary Clinton’s campaign donors, though, is revealed when looking at President Obama’s top contributors.

It’s easy to ignore the fact that it’s the employees and members of organizations — and not so much the organizations themselves — who are contributing money to these candidates. Even when this fact is ignored, however, one need only look at President Obama’s 2008 supporters to run into a bit of cognitive dissonance when it comes to Hillary’s campaign.

First, we’ll again look at the individual donors for President Obama’s 2008 run. Just like Clinton and Sanders, the President received a huge bulk of his contributions from retirees. His top donors, however, were lawyers and law firms — just like Hillary’s.

When looking at the organizations that campaign contributions are being funneled through, which many people seem content to do, it becomes evident that the donors during President Obama’s first run for the White House are very similar to Hillary’s. From Goldman Sachs to Citigroup Inc, President Obama and Hillary had many of the same top “corporate” contributors.

Looking deeper at these charts, though, one would see that President Obama’s campaign contributions are only for the 2008 cycle. Hillary’s, on the other hand, are from her entire career. This shows that Hillary Clinton has received fewer donations from Goldman Sachs, JPMorgan Chase & Co, and Time Warner than President Obama did in 2008 alone.

When looking at this information, the takeaway becomes obvious: If Hillary Clinton is bought and paid for, so is President Obama. Yet in 2009, President Obama signed the Credit CARD Act, and this helped protect citizens from big banks. He also wants to overturn Citizens United. As it turns out, Hillary does as well, even saying:

“We have to end the flood of secret, unaccountable money that is distorting our elections, corrupting our political system, and drowning out the voices of too many everyday Americans. Our democracy should be about expanding the franchise, not charging an entrance fee.

It starts with overturning the Supreme Court’s Citizens United decision, and continues with structural reform to our campaign finance system so there’s real sunshine and increased participation.”

Under President Obama: The unemployment rate has dropped dramatically, the deficit was cut by two-thirds, the dollar reached values it hadn’t seen in years, consumers got some form of protection from banks thanks to the Credit CARD Act, and he created a health care plan that protects the poor while forcing the rich to pay their fair share.

If that’s the definition of “bought and paid for,” I suppose some people are right. I really am nothing more than a “corporate shill.”

Texas GOP: Refugees Not Welcome Because Any Idiot Can Get A Gun There (VIDEO)