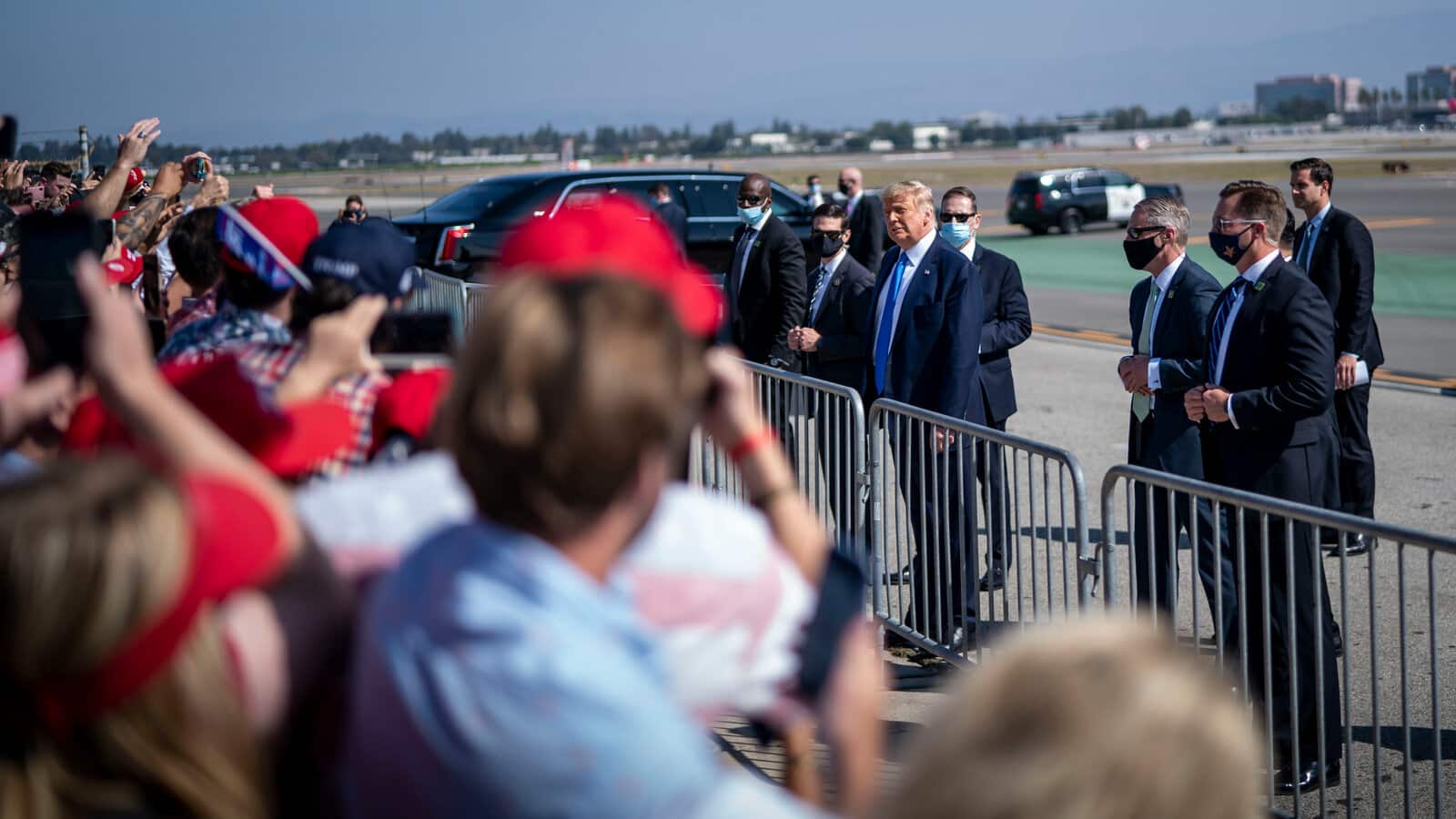 Republican presidential nominee Donald Trump announced Friday that “President Barack Obama was born in the United States. Period.” After un-ironically being introduced by a prominent birther activist, Trump declared his resignation as de facto leader of the offensively absurd theory that President Obama is a secret far’ner. Obama quipped that he had been “pretty confident” about where he was born all along. But Democratic presidential nominee Hillary Clinton had the most devastating response.

In a Facebook post, Clinton wrote a satisfying smackdown, succinctly eviscerating the idiocy of Trump’s previous birtherism, and his announcement repudiating it.

What Donald Trump just did is a disgrace. Expressing zero regret for years of pushing a racist conspiracy theory, Trump again appointed himself judge and jury on President Obama’s citizenship.

Leading the birther movement is deplorable. Attempting to say it “did a great service” to the president who Trump attacked is asinine. When Trump tries to deflect blame for denying that President Obama was born in America, he is lying.

What is remarkable about this statement is the use of words like “deplorable” and “asinine.” The reading level required to fully grasp an average political speech has been slowly declining for decades. It now hovers somewhere around 6th grade, and Trump has driven it even lower. Clinton’s decision to deploy college-level diction reveals a lot. It shows that far from being a “gaffe” or “mistake” as some in the media assumed, her choice of the words “the basket of deplorables” to describe half of Trump supporters was likely a conscious choice. The choice, here, of the word “asinine” (apart from subconsciously containing the word “ass”) is an expansion of the strategy.

One of the most dynamic elements of the race at the moment is the ongoing wavering of college-educated white voters. Republican presidential candidates have won that demographic since Reagan. Even Obama lost them, but Clinton is starting to win them over. And, the wavering ones live in places like the suburbs of Cleveland, Tampa and Philadelphia, currently the fulcrum of the Electoral College.

Trump is dominating among non-college educated whites. Clinton is dominating among women and minorities. By coaxing another few percentage of college educated whites, Clinton can keep the largest swing states out of Trump’s grasp. She can also heighten the inherent contradictions of his campaign. Trump needs heavy turnout among the under-educated and the white bigots, while also at least breaking even among college-educated whites. If Clinton can continuously force him to have to choose between one or the other, the tension will begin ripping his coalition apart.

So, Clinton is forcing the debate to rage on a wavelength that folks without a college education might not be able to tune into. By forcing Trump to respond to loaded words like “deplorable” and “asinine,” and forcing him to choose between owning and foreswearing previous bigotry, his diehards might throw their hands in the air, and say Trump is the same as all the other politicians. Either that, or he hugs his loyalists closer, and the college-educated whites keep drifting on over to Clinton. That’s why Trump was both introduced by a prominent birther activist, and renounced birtherism. Clinton has impaled him on the horns of a dilemma, and his campaign knows it.

Clinton continued the attack in her statement, deploying psychological theory and plot analysis, while comparing Trump to “kids.”

Again, Trump turns his faults on others. Psychologists call it “projecting.” Kids call it “I’m rubber, you’re glue.” This shouldn’t have to be said: You don’t just get to say someone else did the worst things you’ve done. It doesn’t work. No one buys it.

Trump has spent years peddling a racist conspiracy aimed at undermining the first African American president. He can’t just take it back. The birther lie is what turned Trump from an ordinary reality TV star into a political figure. That origin story can’t be unwritten. Trump’s birtherism stems from the same innate beliefs that led to discriminating against black tenants early in his career. That can’t be undone.

What Donald Trump should do: for once in his life, own up to his mistakes. Apologize to the president, and the American people.

Clinton is the adult, Trump is the child. Clinton is the educated candidate, Trump is the buffoon. Clinton defends minorities, Trump has been exploiting them for ages. This statement is what happens when the Valedictorian calls out the class-clown-turned-bully. And it is glorious.