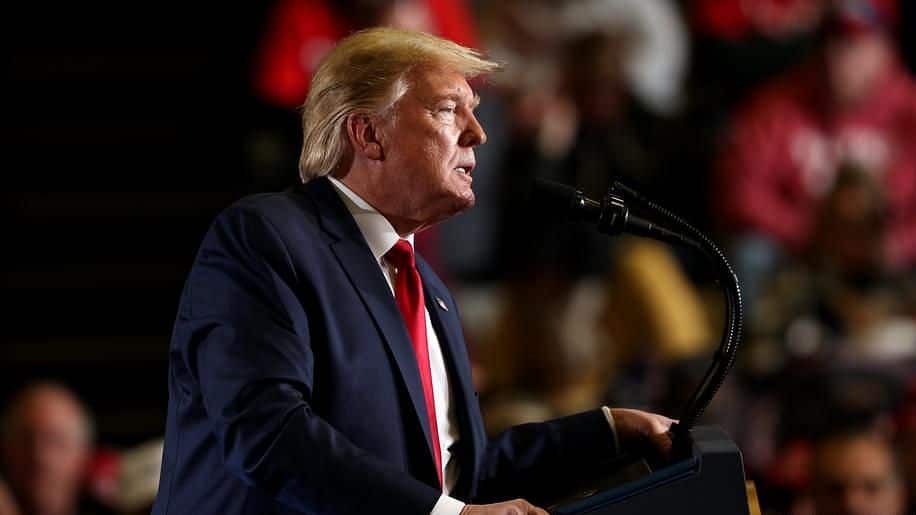 Folks were left scratching their heads in abject amazement as, a day after former National Security Adviser Michael Flynn plead guilty to lying to the FBI, President Trump issued a tweet in which he seems to have inadvertently admitted to obstruction of justice.

In the tweet, Trump acknowledges that he had knowledge of Flynn’s lies to the FBI when Flynn left the Administration, and suggests he “fired” Flynn for having lied when, as Trump put it, there was “nothing to hide”.

I had to fire General Flynn because he lied to the Vice President and the FBI. He has pled guilty to those lies. It is a shame because his actions during the transition were lawful. There was nothing to hide!

Let’s start with a Congressman…

THIS IS OBSTRUCTION OF JUSTICE. @POTUS now admits he KNEW Michael Flynn lied to the FBI. Yet Trump tried to influence or stop the FBI investigation on #Flynn.

And then another Beltway insider…

With one tweet, Donald Trump just implicated himself in a pretty elaborate obstruction of justice conspiracy.

That was explained a little more clearly by a political group…

1) Trump admits he fired Flynn because he knew Flynn had lied to the FBI.

2) Then he went to the FBI & pressured Comey to close the investigation.

3) The President of the United States just admitted to Obstruction of Justice via Twitter.

A reliable critic of Trump seemed rather shocked…

It seems Trump is saying he knew Flynn lied to the FBI. I wonder what the White House lawyers think of this tweet. https://t.co/biHO1dr2y

Trump took 24 hours to come up with a tweet that would bolster Mueller’s obstruction of justice case?

One journalist made a rather lurid, and unfortunately probably accurate, observation…

That Trump tweet is bad. But Trump could also post video of himself murdering a toddler and there wouldn’t be enough votes in the Senate to remove him from office so long as he keeps naming more Gorsuches to the bench.

This is a good point:

So lemme get this straight.. Trump tweeted Flynn fired for lying and in the same tweet stating he ‘did nothing wrong’. These statements can’t coexist in the logical mind. #AMJoy pic.twitter.com/Lal63SiUZH

Not all of the reaction was online, either.

Outside the White House just before leaving for New York City, Trump insisted that “What has been shown is no collusion, no collusion.” Seemingly indicating that perhaps the President doesn’t understand that Obstruction of Justice is an impeachable offense, or that it leads to the logical conclusion that if you’re obstructing justice, there has to be a reason for that.

In response to shouted questions about Flynn’s plea, Trump said only “we’ll see what happens.” Of course, what’s likely to happen is that Flynn will roll over on Trump, his family, and his administration.

“Flynn should spill his guts. He shouldn’t take no bullet for no one. Trump has no loyalty to anyone but himself.” ~NYC Protester

The confrontations didn’t stop once Trump left the White House, either. At a protest on 42nd Street in New York City outside a fundraising breakfast the President attended on the same morning his tax bill passed, a group of protesters outraged by both the bill, which is projected to increase the deficit by as much as $1.5 trillion over the next decade and dramatically increases taxes, in the net effect, on most members of the middle class due to the removal of deductions for their mortgages, student loans, and child-care, and is also projected to cause 13 million Americans to lose their health insurance, and the revelations about Flynn inherent in his guilty plea.

One protester, a 65 year old Bronx union organizer who identified himself to the New York Post as Gerar Despinosse, held a sign bearing a picture of a handcuffed Trump, emblazoned with “lock him up”, a clear mockery of Trump and Flynn’s chants of “lock her up” aimed at Trump’s opponent in the 2016 Presidential election, Hillary Clinton. “Flynn should spill his guts,” Despinosse told the Post, “He should take no bullet for no one. Trump has no loyalty to anyone but to himself.”

And finally, let’s close on this gem of an observation…

It’s a rare Saturday when a president admits to obstructing justice.