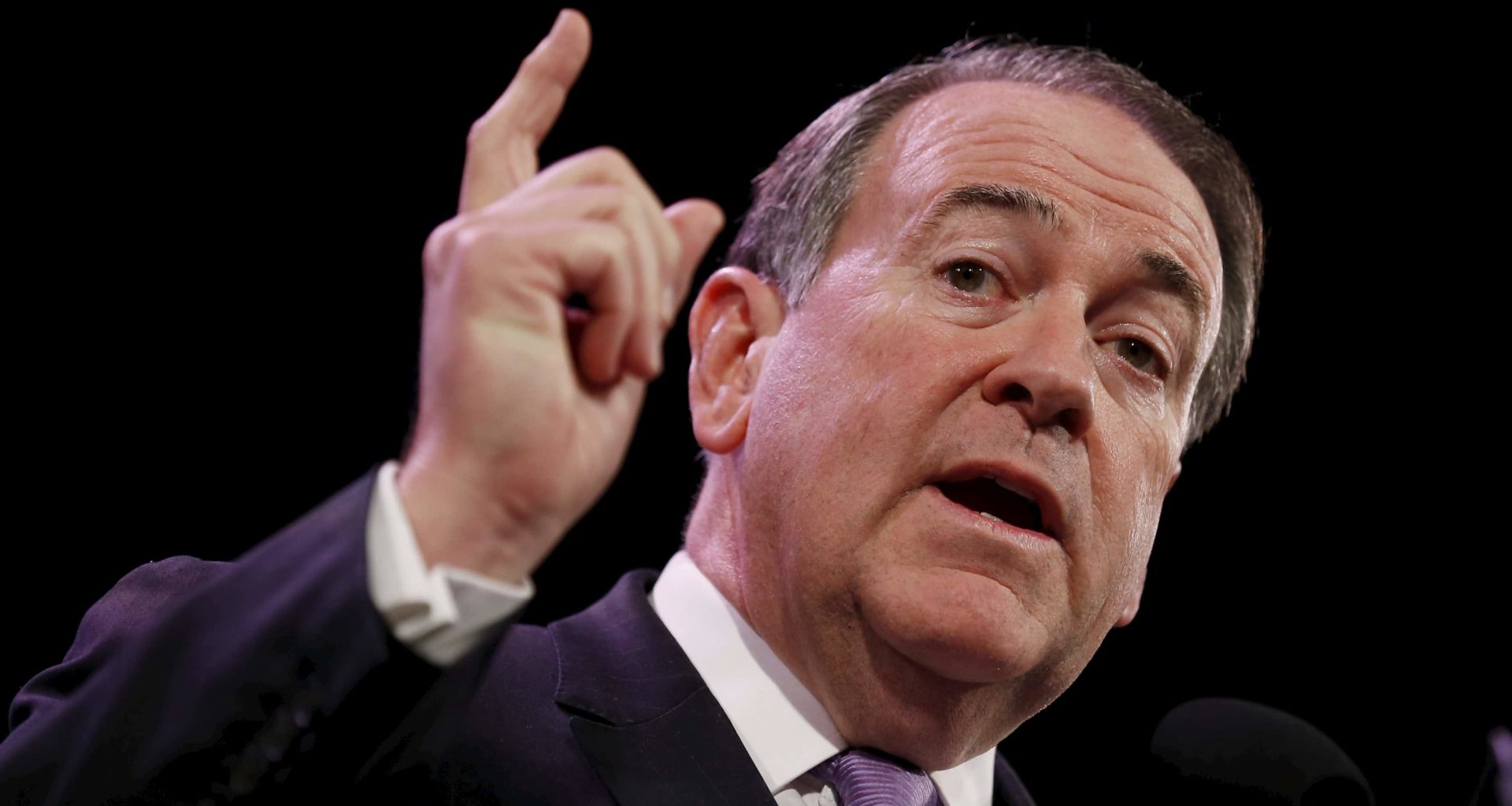 There’s a Huckster born every minute. And one of ‘em is running for President!

Ethically challenged Bible-wellness baron Mike Huckabee took to the airwaves Sunday morning to address concerns over his recent foray into faith-based healing. Huckabee is shilling for a website called “Diabetes Reversed”, a treatment relying on supplements. The American Diabetes Association and Canadian Diabetes Association (hey, multinational cooperation!) have both cautioned against this snake oil, but why let that ruin a perfectly good infomercial?

When pressed on this miracle cure by Face the Nation host Bob Schieffer, Huckabee replied

“You know, I don’t have to defend everything that I have ever done.”

Actually, yeah, you do.

You’re running for President, sir: the highest, most important office in the land. You’re not running for head of the PTA. Everything in your life is on record, and everything is fair game for scrutiny.

For instance, the fact that you are allowing your mailing list to be used as a Spam-shooting RPG. Selling your list to companies pitching cancer cures via Bible verses seems ethically dubious at best. And where do you draw the line? If elected, will you be sending out psalms with your daily news-blasts? Separation of church and state much?

For instance, the fact that you are an outspoken critic of Hillary Clinton’s e-mail problems, but upon leaving the Arkansas governorship, you literally destroyed hard-drives, thus leaving no paper trail of your time in office. Are you familiar with the term hubris?

For instance, the fact that you took the taxpayers of Arkansas for a ride worthy of Great Adventure. You turned a governor’s mansion operating account into a personal ATM, from which you magically withdrew a dog house, panty hose and Taco Bell dinners. Sorry, but occupying the governor’s mansion doesn’t entitle you to use the mansion as collateral for free Gorditas and Victoria’s Secret pasties.

These and many more questions are entirely germane to the conversation about your fitness for the presidency. You can blame the messenger all you want, but that doesn’t change the message: there are many legitimate questions about the scale and ethical scope of your grifting, and this is information that should be weighed very heavily before heading into the voting booth circa November 2016.

You don’t have to defend everything that you have ever done? Sure, maybe not hijinks committed when you were fifteen. But you sure as hell have to account for everything you’ve done while drawing a taxpayer-funded paycheck. And you’ve got a lot more questions floating around than answers.