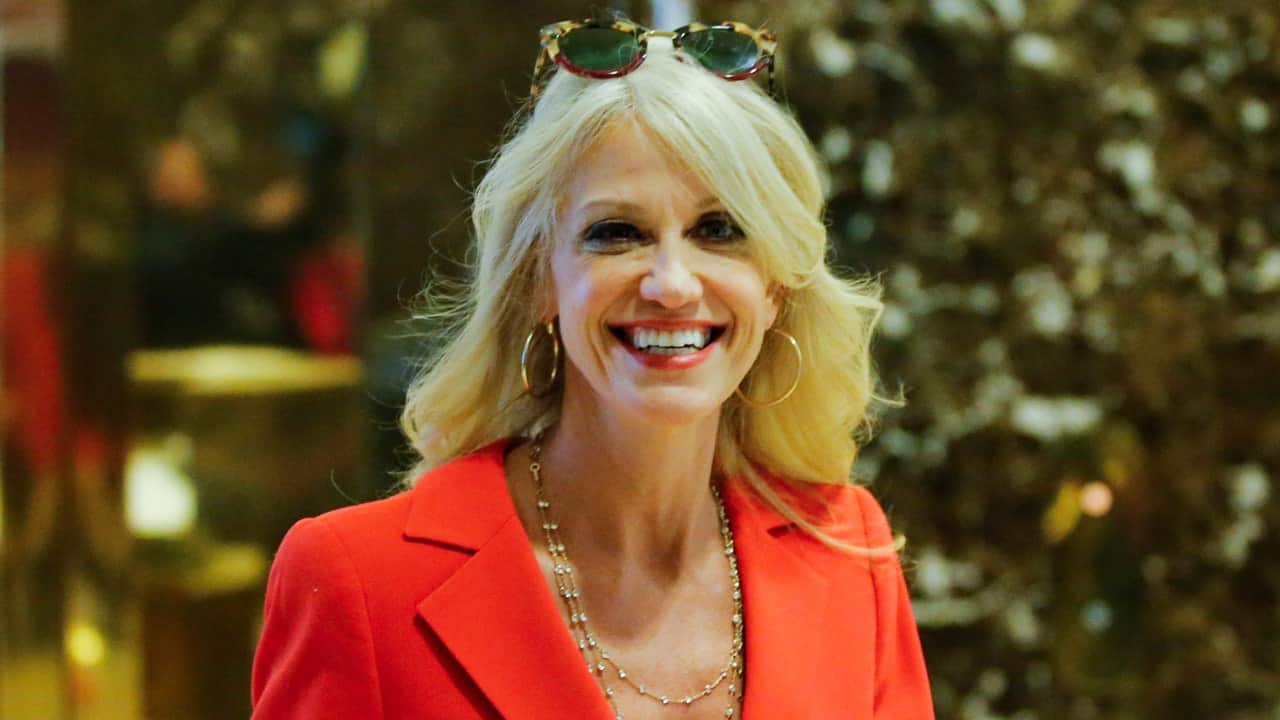 Sunday morning the inventor of “alternative facts” was at it again. Donald Trump staffer Kellyanne Conway made an appearance on This Week with George Stephanopoulos to discuss the Republican effort to repeal ObamaCare. TrumpCare, as it is known, has been widely criticized by a bipartisan array of politicians and pundits. Even Trump tagged the House version of the bill as “mean.”

RELATED: The GOP’s Obamacare Repeals Are All About Money For The Rich, And This Proves It!

Among the complaints are that it would result in higher deductibles and premiums, eliminate protection for preexisting conditions, and throw more than twenty million people off of their health insurance plans. What’s more, it would be paid for by giving billions of dollars in tax cuts to the wealthy.

Trump Breaks His Promise On Medicaid

It’s issues like those that have caused at least five GOP senators to announce their opposition to the bill. If those numbers hold the bill cannot pass. Republicans have a two-vote margin and can expect no help from Democrats. Adding to its problems is that TrumpCare would impose severe cuts to Medicaid. Despite repeatedly promising to never cut the program, Trump is nevertheless enthusiastically supporting the bill. This support comes even though the senate version is even meaner than the one the House passed:

“The much more drastic changes in the Senate bill as compared to the House bill come in the realm of Medicaid. The House bill immediately ended enhanced funding for the Medicaid expansion to able-bodied low-income adults under the ACA, while the Senate bill would slowly phase that funding out. This, in theory, would put millions fewer people immediately in the ranks of the uninsured and increase government spending over the House plan.”

Kellyanne Conway addressed the Medicaid issue in her interview with Stephanopoulos. She was asked directly about the how the bill cuts 800 billion dollars from Medicaid and asked why Trump is going back on his promise. Her lie-riddled, word salad reply was that:

“These are not cuts to Medicaid. This slows the rate for the future and it allows governors more flexibility for the future with Medicaid dollars because they’re closer to the people in need. […] If you are currently in Medicaid, if you became a Medicaid recipient through the Obamacare expansion, you are grandfathered in. We’re talking about in the future.

“You know, ObamaCare took Medicaid, which was designed to help the poor, the needy, the elderly, the sick, the disabled. Also children and pregnant women. It took it and went way above the poverty line. Opened it up to many able-bodied Americans who should probably see if there are other options for them.”

Stephanopoulos deserves some credit for not allowing Conway to advance the falsehood that the bill doesn’t cut Medicaid. He also challenged her baseless assertion that no one on Medicaid now would be affected. He pressed Conway to address the matter of the 800 billion dollars in cuts, to which she replied, “You keep calling them cuts. But we don’t see them as cuts.”

And therein lies the heart of the problem. Trump and his shills have created their own language that ignores the reality of any situation. They will feverishly spin until the rhetoric is hopelessly removed from anything resembling the truth. It’s a strategy that is ultimately aimed at creating confusion and muddying the waters so that a coherent dialog is impossible. And no one is better at that than Conway.