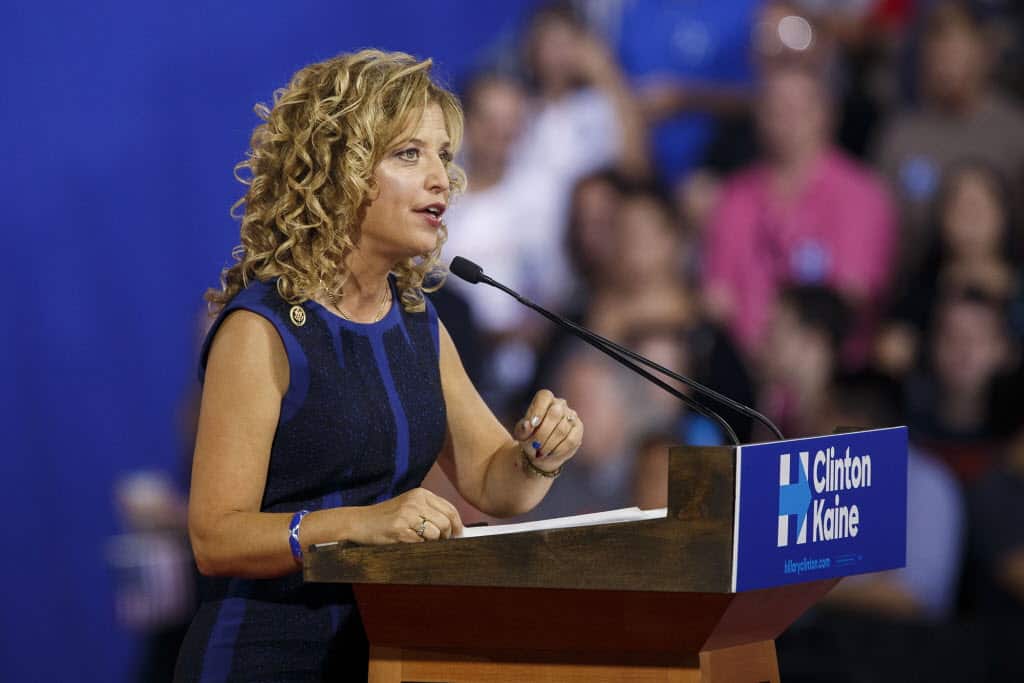 I’ve been a Democrat since long before I was legally able to vote. I’ve supported and/or voted for nearly every Democratic presidential candidate in my lifetime, from Mike Dukakis in my early childhood straight through to Barack Obama in 2008 and 2012, and Bernie Sanders today. But now, thanks to Debbie Wasserman Schultz, I might soon find myself without a political party for the first time in my life.

Debbie Wasserman Schultz took the reigns as the DNC Party Chair in 2011. If you asked me then what I thought of the Democratic Party, I would’ve overwhelmed you with party loyalty and unwavering pride. But that was then. That was before we saw what Debbie Wasserman Schultz would do to the Democratic Party. That was before we saw the borderline-criminal actions she’s taken to undermine the 2016 Democratic Primary.

What has Debbie Wasserman Schultz accomplished since taking office in 2011? The 2012 presidential race was far closer than it should’ve been, and gains in the House and Senate were poor at best. In 2014, Democrats lost control of the Senate completely, with painful losses throughout Congress, due almost entirely to record-low voter turnout. And instead of praising President Obama’s accomplishments, the party as a whole distanced itself from his record in the most shockingly embarrassing way imaginable. As DNC Party Chair, Debbie Wasserman Schultz should be taking a sizable amount of the blame for these tremendous, hideous failures.

And then came the 2016 presidential race. It can be argued, rather coherently, that Debbie Wasserman Schultz, who previously worked for Hillary Clinton’s 2008 campaign, has been putting forward a serious effort to rig the 2016 Democratic primary in Clinton’s favor.

She’s been criticized heavily for developing (and then defending) a debate schedule that very obviously favors Clinton, one that is detrimental to the campaigns of Bernie Sanders, Martin O’Malley, and the other Democratic presidential candidates who have since dropped out of the race.

And many questions loom large regarding this weekend’s data breach as well. Did Debbie Wasserman Schultz intentionally orchestrate the data leak, leaving an IED in the road for the Bernie Sanders campaign to run over, for the sole benefit of the Clinton campaign and, by extension, her own career? It’s just a theory, but one I have no reason to not believe. After all, this is a woman who cherishes her own ambitions above the integrity of the party, so far as I can tell anyway.

Calls for Debbie Wasserman Schultz to either resign or be fired have been as constant as they’ve been thunderous. Reverb Press, Salon, Huffington Post, Observer, and Esquire have all called for her resignation (full disclosure: I’ve done the same on Firebrand Left as well). A Change.org petitionhas well over 34k signatures as of this article being written, while a similar Moveon.org petition has more than 45k.

The question at this point isn’t whether Democrats want to see Debbie Wasserman Schultz ousted. The real question is whether we’re going to actually see that happen, and if the Democratic Party itself is openly willing to alienate voters and disgrace the party’s legacy by allowing her to keep her seat.

There Isn’t Room In This Lifeboat For Us Both

So here’s my message to the DNC, the DCCC, the Clinton Campaign, The White House, and the party establishment on Capitol Hill, a message that will probably be ignored, but one I’d be remiss to not have sent with whatever megaphone I’m granted as a professional writer:

Does the DNC have any particular reason to care if I leave? Not especially. I’m just one voter out of many tens of millions of Democrats. And I’m not prepared to ask anyone else to take this plunge with me… not yet, anyway. But if anyone else wants to join me, and share this article to express their dismay, I certainly wouldn’t protest. I’m sure I’m not the only Democrat who refuses to be associated with a party that stands idly by while a corrupt leader abuses their authority and rigs a national election to favor a single candidate of their own choosing.

The Democratic Party is headed in the wrong direction. We need genuine leadership, a truly progressive visionary with no particular allegiance to any one primary contender. A Chairperson who respects Democratic voters and holds them in greater esteem than they do their own political ambitions. A figure who can unite our party behind the common good… not their own agenda or the betterment of their personal CV. That person is not Debbie Wasserman-Schultz. And while I consider myself to be loyal to the party, I’m not going to sit idly by and play the violin while the ship goes down. The water is too cold for that, and there isn’t room in this lifeboat for us both.

Ted Cruz Wants A “Religious Test” For Refugees, But Can He Pass This Basic History Test?