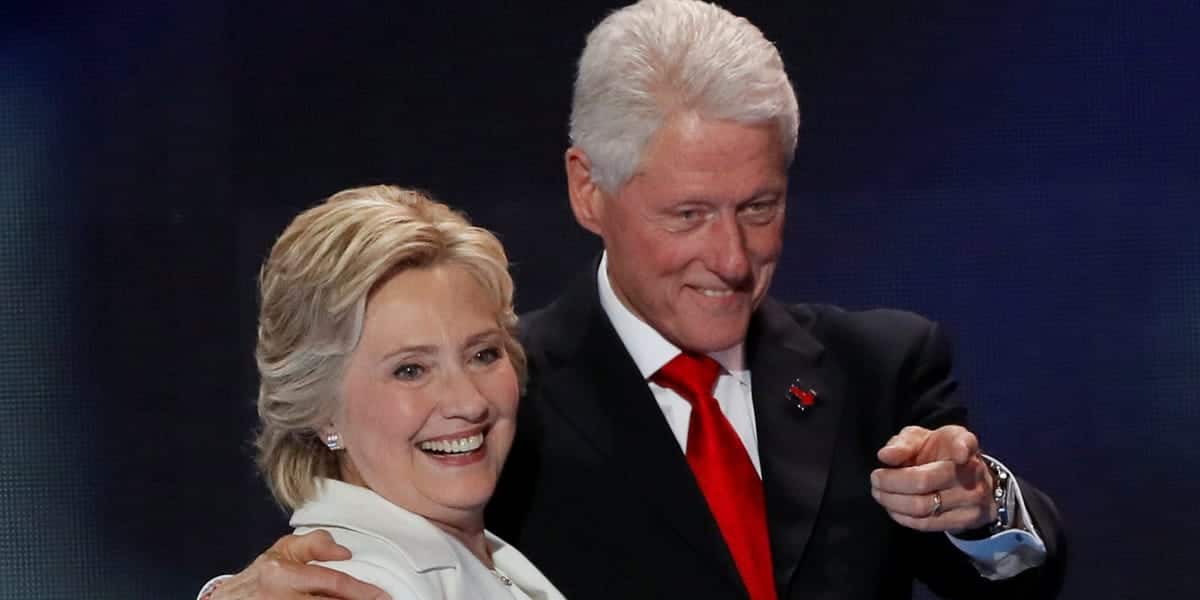 Republicans have an obsessive compulsion to viciously denigrate anything associated with Democrats. This especially applies to Hillary Clinton. Their derangement reached a pinnacle when they decided to go after the Clinton Foundation. It was a repugnant political tactic that could have a devastating impact on the life-saving work of the organization. Republicans, however, are more concerned with smearing Clinton than saving lives.

Today their strategy of demonizing the Clinton’s hit a snag. Charity Navigator, America’s largest independent charity evaluator, completed an analysis of the Clinton Foundation that resulted in awarding it their highest rating. The Associated Press reports that:

“The Clinton Foundation received four out of four stars — the highest rating that Charity Navigator gives after a close look at a charity’s finances. The rating is based on annual federal tax documents and an objective algorithm.”

Rightist critics have been blasting Clinton for unfounded charges of providing access to Clinton when she was Secretary of State. To date they have produced no evidence that there were any favors or special treatment given to Foundation donors. So they re-aimed their rancor at the Foundation’s operations with charges of corruption. They alleged that the Foundation was negligent in funding worthy causes. That specific charge was refuted in by another non-profit evaluator:

Despite these glowing reviews, the GOP continues to slander the Foundation. Fox News, of course, pulled out all the stops to advance these lies. Bill O’Reilly complained that Clinton was “Using a charity for private gain.” Charles Krauthammer called it a “gigantic slush fund.” Jeanine Pirro and Monica Crowley both said it was a “money-laundering operation.” None of these charges had any evidence to back them up. Not to be left out, Donald Trump himself has taken a leading role in the obviously coordinated attacks. He alleged that the Foundation was a “vast criminal enterprise run out of the State Department.” Which begs the quest: Why did he donate $100,000 to the Foundation through his own foundation?

Speaking of which, the Trump Foundation contrasts very poorly with the admirable work done by the Clintons. Vanity Fair described it as a sham:

“Publicly available records for the Trump Foundation show that the real estate mogul has donated very little of his own money to his charity. Even more damning is the fact that few of those donations have gone to legitimate charitable causes, unless you count Trump’s own social interests and society galas as charities.”

Just this week additional proof of Trump’s corruption was exposed when it was reported that he paid a fine for making an illegal political donation with his foundation’s money. Even worse, the gift appears to be an attempt to buy off a prosecutor who was investigating him for fraud:

“Donald Trump paid a $2,500 fine to the IRS this year after it was discovered that the mogul’s namesake charity had illegally made a $25,000 political contribution, The Washington Post reported on Thursday.

“The Donald J. Trump Foundation gave the money to a group called ‘Justice for All,’ which was supporting Florida Attorney General Pam Bondi’s campaign. At the time, Bondi was weighing whether to pursue an investigation into allegations of fraud that had been leveled against Trump University. She eventually declined to bring charges.”

All of this makes it rather remarkable that Trump and his Republican cronies are condemning Clinton without any factual basis. While at the same time his reputation is in tatters and the damage is fully documented. The stellar ratings awarded to Clinton’s Foundation prove that her family has been operating their Foundation with integrity and transparency. Hopefully this news will break through the media clutter of Trump’s hate speech and phony Clinton scandals. The more we share this good news, the more good it will do come November.