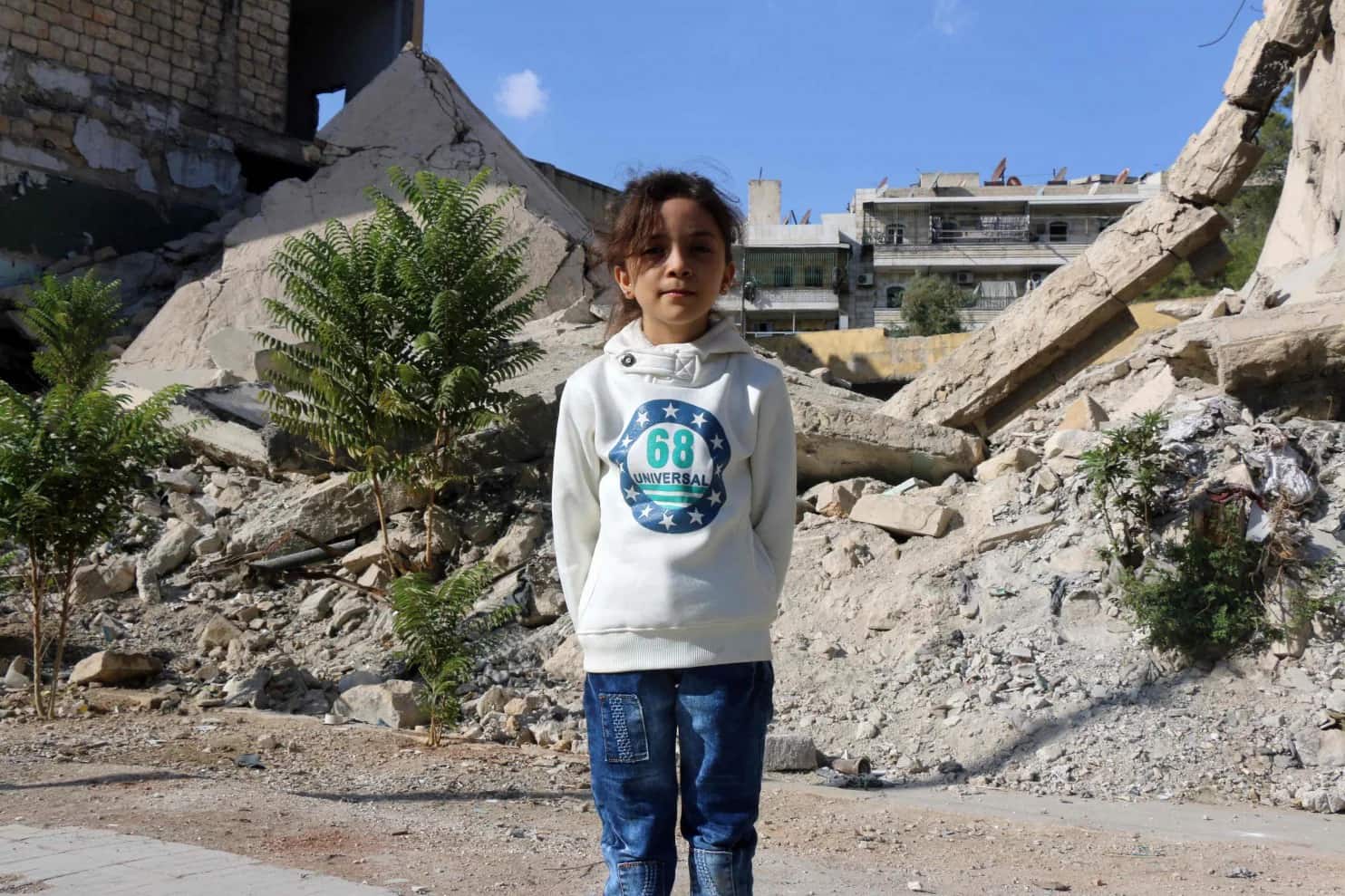 With Gary Johnson failing to understand “what” Aleppo isand last week’s first presidential debate overlooking the war in Syria altogether, it is sometimes easy to lose track of the devastating impact that the conflict is having on innocent civilians in the country. The impact of this conflict is perhaps most evident in the Syria’s second city, Aleppo where the humanitarian cost is rising on a daily basis. As a western onlooker, it is very difficult to appreciate the true depths of despair experienced by the men, women and children of Aleppo who are witnessing, first-hand, the very costly price of war. However, from this darkness has emerged a sliver of light in the form of seven year old, Bana Alabed whose twitter account of the war outside her window is as heart-rendering as it is compelling – being compared by some as the ‘Anne Frank of Aleppo‘.

Her account which is run with the assistance of her mother, Fatemah is a striking first-hand account of the horror associated with day to day life in Aleppo since it became the epicenter of the Syrian conflict between the Assad led government forces and ISIS in 2012. Her tweets are heart-felt yet harrowing accounts and they articulate, with a clarity that so often evades mainstream news outlets, the sheer fragility of life for a child who has to reside in the middle of a war-zone:

I am very afraid I will die tonight. This bombs will kill me now. – Bana #Aleppo pic.twitter.com/KqVHwqRClK

However, like Anne Frank’s diary entries her tweets also demonstrate the bravery and positive outlook that Bana and her family have displayed despite the dire circumstances that they currently find themselves in:

Speaking to The Guardian, Fatemah indicates that Bana has almost known only war and that it is having a major impact on her development. She sleeps less than four hours per night and cannot leave the house because of the constant bomb threat in Aleppo. It is clearly distressing and Bana articulated this succinctly when stating:

We are children. We love life. We want the world to hear us.

The reason I said tweet #SaveAleppo is because we are so desperate that this is like a last attempt to seek help. – Fatemah #Aleppo

As outside observers we can often struggle to understand the depth and magnitude of this crisis. It is with testimonies like Bana and Fatemah’s that we can garner an honest and authentic insight into what daily life looks like inside a war-zone. While we can only hope that Putin and Assad listen to Bana and stop bombing civilian areas immediately, it is imperative that the issue is addressed more thoroughly in the US for the remainder of this presidential campaign.