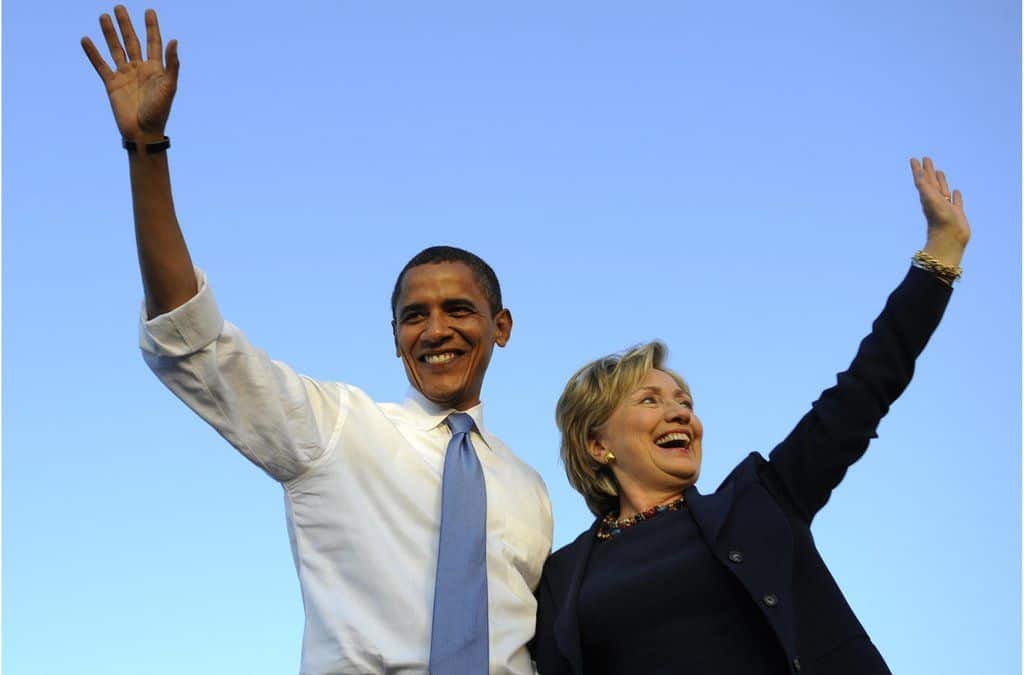 Earlier this morning, photos popped up online showing President Barack Obama walking with Bernie Sanders at the White House. Some speculated that this may be an attempt by Obama to further understand Sanders’ end game, or to possibly request that he take a softer and less divisive tone going forward, so he doesn’t alienate his supporters from the Democratic party. But, from what we know now, this meeting was more of a formal notification to inform  Sanders that the president would now be throwing his full support behind Hillary Clinton.

In a 3:15 video posted to Hillary Clinton’s YouTube channel, Obama not only gives Clinton a remarkably glowing endorsement, but he doesn’t ignore the fact that they had a contentious past in their own Democratic nominee race 8 years ago. In fact, Obama uses their heated debates as a method of proving that any divide is traversable. They went from opponents to closely working together after he named her Secretary of State, and it’s clear that the POTUS desperately wanted to communicate a message of overcoming personal animus (between the candidates and their supporters) to embrace party unity before the general election.

But, it should also be noted that President Obama heartily thanked Senator Sanders for energizing and invigorating voters to become a part of the democratic process. Obama applauded Sanders for addressing income inequality and the need for campaign finance reform, but it’s clear Obama is not interested in seeing a contested election drag out until July 25th.

The big question now is whether or not this endorsement is going to help Hillary Clinton and provide the Democrats with much needed unity, or will it be seen as the establishment pushing back against Sanders right to “continue the struggle.” The video, which just went up, already has a 2:1 ratio of likes to dislikes – which isn’t great for a “unification” olive branch. How things proceed is literally in the hands of Bernie Sanders at this point. He can concede the race and rally his people towards backing Hillary Clinton and maybe even court a position in the Clinton campaign, or he can continue to fight all the way to the Democratic National Convention.

At this point, only time, and Bernie, will tell.