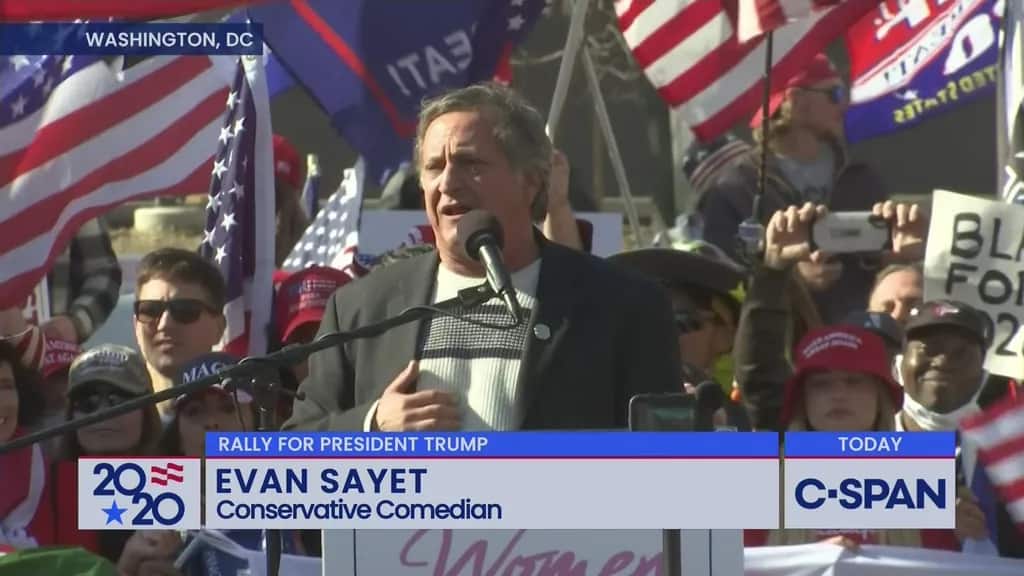 What happens when a young black man goes to a Donald Trump rally alone? Last Saturday, James Troup decided to find out.

No, it’s not what you think. Although this was the notorious event in Dayton, OH where the crowd went wild as Mein Trumpf’s Secret Service agents fended off an attempted attack, James Troup came out in one piece. For that, we can thank the badass Secret Service agent who appears to have been assigned to guard and/or protect him.

Nonetheless, what James Troup — a consultant to emerging musical talent and a Bernie Sanders supporter — saw and videotaped at this Donald Trump rally should scare the living daylights out of us.

Black ppl at @realDonaldTrump rallies get their own personal Secret Service agent! I named mine George #TrumpRally pic.twitter.com/Z4MSqFq6wx

He caught footage of crowds howling as Trump vows to set oil fields ablaze across the Middle East, calling President Barack Obama the n-word, yelling “f*ck those dirty beaners,” howling to “burn that motherf*cker” Bernie Sanders, demanding we kill the Muslims before they kill us and then kill all the protesters, and then giving their one-armed salute as they swear to vote for Donald Trump.

We had some manly men amid the exultant throngs shouting, “FUCK CHICAGO,” as Donald Trump brags about how over 25,000 people turned out for the rally he wound up having to cancel on Friday. Apparently, Mein Trumpf decided not to incite a riot. And then, our howling hordes of Trumpkins are chanting, “Build a wall! Build a Wall!” Because “f*ck those beaners.”

Crowd goes nuts over the wall. Kid said “fuck those dirty beaners” #TrumpRallyNotice the smile of approval that come across the dad’s face when he says it…

And surely a chill of fear must have shivered up James Troup’s spine when he heard what Mein Trumpf and his Trumpkins want to do to Bernie Sanders and his supporters.

And here’s where Donald Trump’s followers get to shout the n-word as Das Trumpenführer blames President Barack Obama for dividing our country, instead of the same old racists who’ve always divided this country.

Our president… “FUCK THAT NIGG…” #TrumpRally

And — after going on about all those savage Muslims putting us in steel cages and dropping us in the water (wait, isn’t that what we did to folks in Guantanamo?) and leading the crowd to conclude we need to kill them before they kill us, and then kill all the protesters, the Trumpkins gave their one-armed salute and swore fealty to Mein Trumpf.

Hands up, swearing to vote for Donald Trump… #TrumpRally

Next thing you know, the Trumpkins will take a page from Adolf Hitler’s Brownshirts and start a militia. Oh, wait … Raw Story reports that’s already happening.