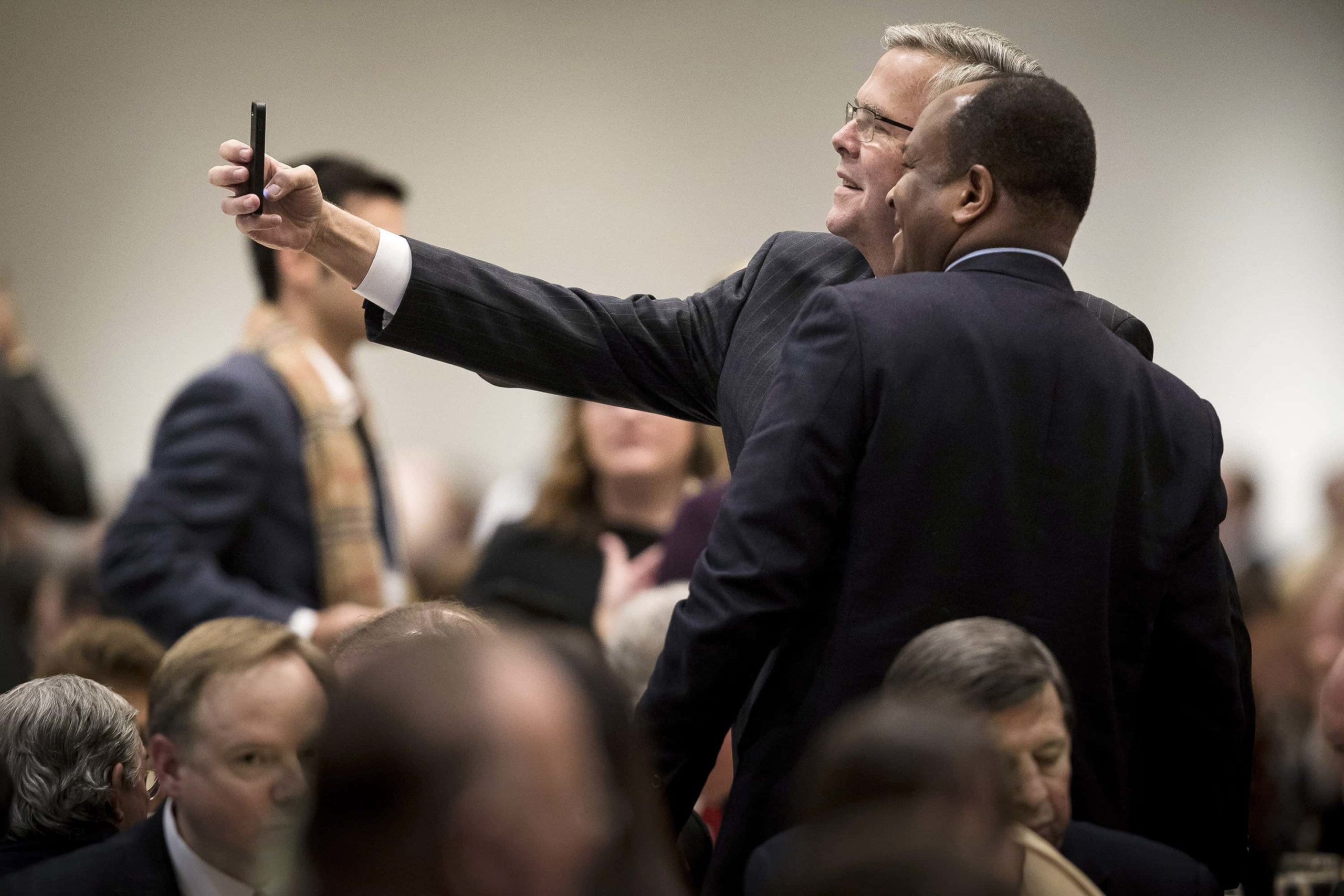 Jeb Bush Says What Everyone Is Thinking: ‘I Should Stop Campaigning Maybe, Huh?’

On Wednesday, Republican presidential candidate Jeb Bush had some less than enthusiastic words for his supporters at a campaign stop. The former Florida governor appeared frustrated as he paced the stage and said: “It’s all decided, I mean we don’t have to go vote I guess, it’s all finished.”

“I should stop campaigning maybe, huh? Let’s just—it’s all done!”

Bush attempted to salvage the misstep by adding “That’s not how democracy works, right?” But if his comments were a joke, it didn’t land—especially not with the audience, who can be heard gasping and booing in the background.

More troublesome is the defeatist tone of the clip, already receiving airtime on MSNBC and other 24-hour news outlets. Are Jeb’s political strategists really the best Bush money can buy? If so, they’re phoning it in. An adviser worth their salt would tell you a candidate must exude confidence to the bitter end—playing the political sad sap won’t get you far. Simply put: voters don’t support losing campaigns.

Then again, Jeb Bush supporters are apparently atypical among Republicans. Writing for Slate, Jim Newell delves into the reasons Bush has been performing so poorly this election season:

“It is not difficult to see why Jeb Bush is losing this presidential election. He is the wrong man in the wrong cycle. Republican primary voters are rewarding passionate, fiery, outsider, ‘anti-establishment’ candidates who paint their visions in broad strokes rather than pesky details. Bush is the very picture of a Republican establishment and his donors the very image of donor-class Republicanism.”