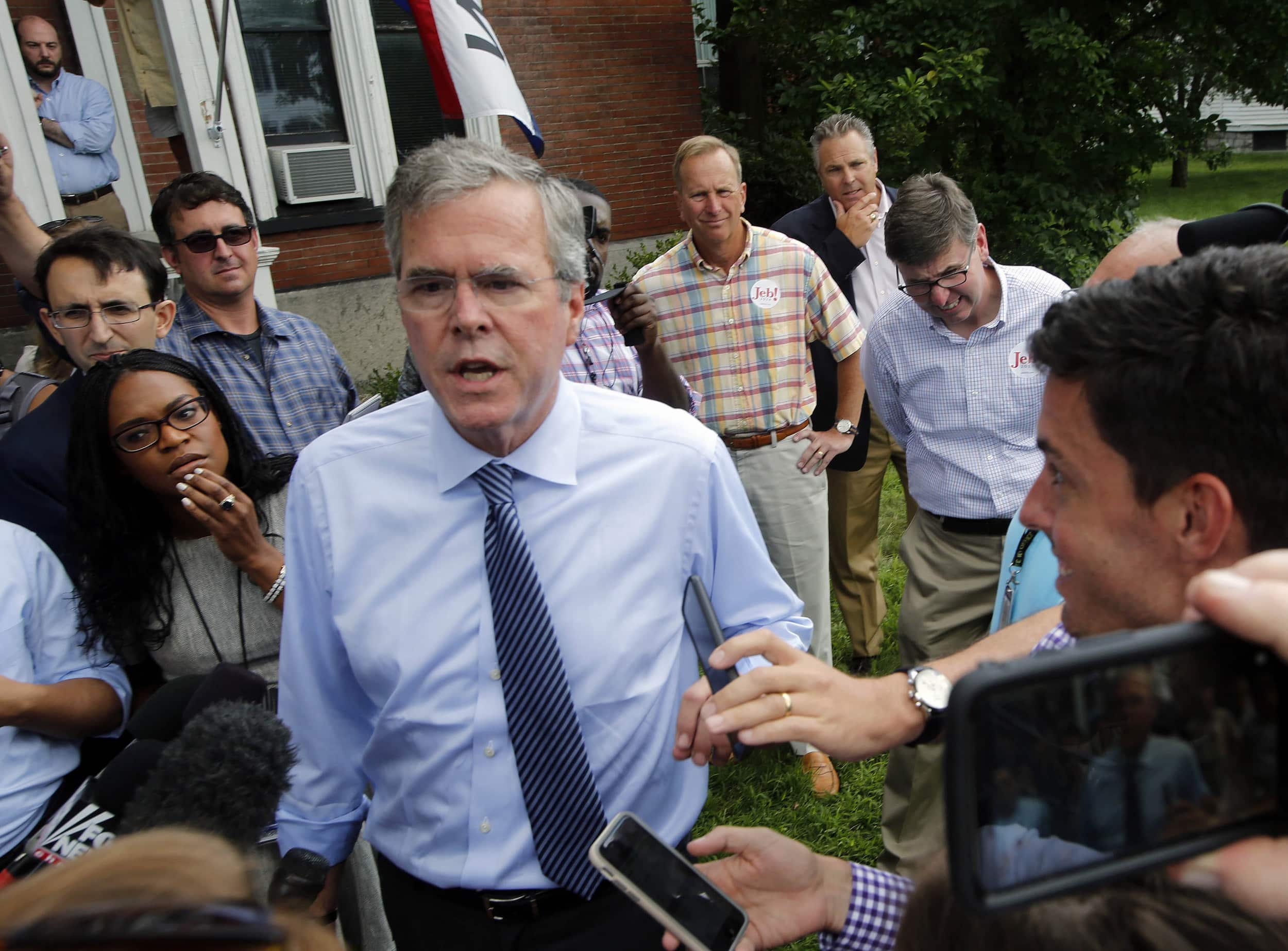 In the GOP’s relentless struggle to prove which primary candidate is the most out-of-touch with the needs and goals of minorities, Jeb Bush may have just closed the massive Donald Trump gap in a single, ignorant statement, when he claimed on Thursday that black voters only back Democrats because they think they’ll get “free stuff.”

During a dinner Thursday evening in Mount Pleasant, South Carolina, Jeb Bush responded to an attendee who asked how Bush would include black voters and convince them to vote for him, to which Bush replied with a statement eerily similar to one Mitt Romney made shortly after losing to Barack Obama in 2012.

“Our message is one of hope and aspiration. It isn’t one of division and get in line and we’ll take care of you with free stuff. Our message is one that is uplifting, that says you can achieve earned success.”

Jeb Bush isn’t alone in thinking minorities only vote for Democrats to score free stuff. Conservatives have been claiming for several years now that Democrats only win big with minorities because of all the “handouts” they’re given. The theory goes that Democrats offer minorities programs like SNAP and Medicaid, and those minorities, who apparently aren’t smart enough to see what’s happening, flock to those Democrats, in the same way giving out free merchandise draws people into a store.

Comments like these are incredibly ignorant, not to mention racist, and have no basis in reality. Of course, we shouldn’t expect anything less from the GOP. After all, this is a party that refuses to acknowledge that racism is a serious problem in this country, and has consistently argued against examples of racism that the rest of us consider to be clear-cut. This is the party that tokenizes what few minorities they have. This is a party that refutes the notion of the mere existence of white privilege.

Take a look back at every news story involving minorities in the past several years, from the arrest of Professor Henry Louis Gates in 2009 and the subsequent White House “Beer Summit,” straight through to the arrest of teenage clock-builder Ahmed Mohamad in Texas earlier this month. There have been many, many high-profile cases of alleged racism in that window. But here’s something fun for you to try at home: think back, long and hard, and try to remember one incident involving race where conservatives sided with the minority. Just one case. One solitary case where conservatives didn’t try to turn the victimization around and blame the story on the person being persecuted. Go ahead and take your time. Google it if you’d like. Don’t worry, we’ll wait.

Welcome back from your moment of reflection. Did you spot the trend? Conservatives have not once sided with the minority in that period. Not a single time. They stood with George Zimmerman when he murdered Trayvon Martin. They leapt at the opportunity to discredit “hands up, don’t shoot.” They scoffed at the death of Eric Garner. They even tried to deny Dylann Roof’s racial motivations. It doesn’t matter what the story is, or how obvious the details are: Conservatives will never side with the minority, and will argue against the very existence of racism. And if they can discredit the minority and blame the entire event on them, that makes it all the better in their minds.

Republicans have been no different legislatively, either. What was the last bill proposed by Republican legislators that solely made an effort to improve the lives of minorities? A bill focused on providing minorities with equality, one that levels the playing field and provides equal opportunity to those who don’t have it? I’ve gone digging on this subject, and I’ve come up empty. The last legislative item Republicans have pushed that helps minorities was Ronald Reagan’s Land-Line program in the 1980’s, and even that is something Republicans aren’t proud of. Have you heard a conservative complain about “Obama Phones?” That’s actually Ronald Reagan’s Land-Line program, which George W. Bush — not President Obama — expanded to include cell phones.

So no, Jeb Bush and his likeminded ilk, minorities do not support Democrats because they want “free stuff.” Minorities support Democrats because the Democratic party listens to their concerns and cares about the outcome. Democrats want a better life for minorities. They recognize white privilege and the vastness of inequality in this country, and they try their best to trudge through the slop of hyper-partisanship and Republican obstructionism to get things done. Equality isn’t “free stuff,” Jeb. Equality comes at a price that you have not, do not, and will not understand or appreciate.