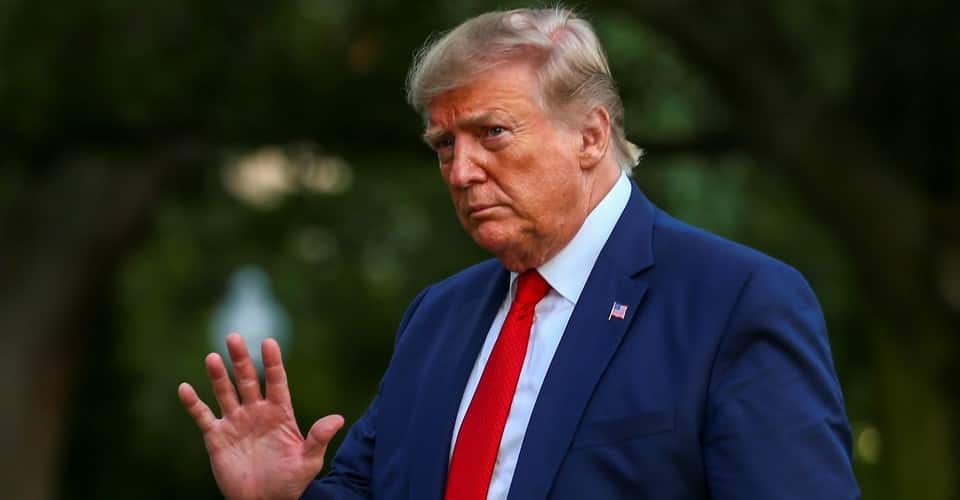 Breaking from all rules and traditions, a top psychologist from the respected Johns Hopkins University diagnosed President Donald Trump.

Doctors don’t diagnose patients without actually meeting them. Called the Goldwater Rule, it’s an the American Psychiatric Association’s Code of Ethics and states that it’s unethical for those within the profession to give a professional opinion about people they have not examined in person.

But desperate times call for desperate measures. And Dr. John D. Gartner, one of the nation’s top psychologists and a professor of John Hopkins, told US News that he believes Donald Trump, the current president of the United States, has “malignant narcissism.” Malignant narcissism differs from narcissistic personality disorder, and cannot be cured. And he willingly spoke out, despite the code of ethics within his profession, because he believes the “Trump case” warrants that.

Based on Trump’s behavior, including his propensity for such narcissistic traits as feelings of grandeur, sadism, his often aggressive turns of behavior, his obvious paranoia, and repeated patterns of anti-social behavior, Dr. Gartner said the following:

“Donald Trump is dangerously mentally ill and temperamentally incapable of being president.”

And although Dr. Gartner has never met with Trump in-person, he feels confident in his diagnosis. After all, who has dominated the television screen more than our current president over the past two years?

“We’ve seen enough public behavior by Donald Trump now that we can make this diagnosis indisputably.”

The doctor confirmed just what many of us have suspected – there is something seriously, mentally wrong with our president.

What Does ‘Malignant Narcissism’ Mean?

The actual diagnosis reads like a description of Donald Trump himself.

According to Psychology Today:

“Malignant Narcissists will go to great lengths to achieve their aim. They can be intelligent, high functioning (hold an important job for example) soft-spoken, charming, tearful/seemingly emotional, gracious, well mannered, kind and have the ability to form relationships. They may lie, falsely accuse, dramatize, smear, cheat, steal, manipulate, accuse, blame or twist to get what they want and feel justified in doing so. Because they are entitled, egocentric and desperate, they do not experience it as wrong. They are determined to gratify their wishes and furious if thwarted. Their desire can be so consuming that there is little comprehension of, respect for or ability to empathize with the other. They lack guilt or remorse and tend to feel or pronounce that it is they who have been mistreated.”

Donald Trump has had some business successes (and plenty of failures). He even managed to con enough people in the United States into voting him into the Oval Office. And certainly he has a mind-blowing ability to lie, repeatedly. And to smear his opponents far beyond what political norms allow. (Remember when he implied that Ted Cruz’s dad helped assassinate JFK, and called Cruz’s wife ugly? Or perhaps the many times he promised to “lock her up” when speaking of former Secretary of State Hillary Clinton?) Furthermore, he seems unconcerned with the fact that Russia helped sway the election.

On the Hill, lawmakers express nervousness over the temperament of Trump.

“We’ve moved from the entertainment to the clinical concern. There is a serious clinical concern about, how delusional is this guy?” said Rep. Gerry Connolly, D-Va. “It will only get worse, because this guy is the president and he’s surrounded by enablers and sycophants, who instead of trying to call him on it are fueling the delusion. They’re enablers.” He then added:

“They’re not stopping the drinking problem. They’re handing out the Scotch bottles.”

“What concerns me is that a man who is convinced of obvious falsehoods, based on some psychological need to believe it – maybe this will occur in something important, too. And then he’s [potentially] acting on, taking a position on something that could get us involved in God knows what, based on imagination.”

And although Republicans aren’t as openly concerned as Democrats – or, perhaps, not as vocal – they don’t defend Donald Trump, either. Instead, they try to change the subject, from their leader’s temperament to politics.

Even John McCain, who has been willing to criticize the president, sidesteps the question of Trump’s temperament.

“Long ago, I gave up talking about what the president talks about. I’m concerned about what he does.”

Yes. And so is the entire world. But Donald Trump does an awful lot of talking. And when it’s someone with an actual mental health concern calling the shots, we all have reason to be concerned.

ALERT: There Are Still 5 Days To Sign Up For ObamaCare – Despite Trump’s Attempt At Sabotage