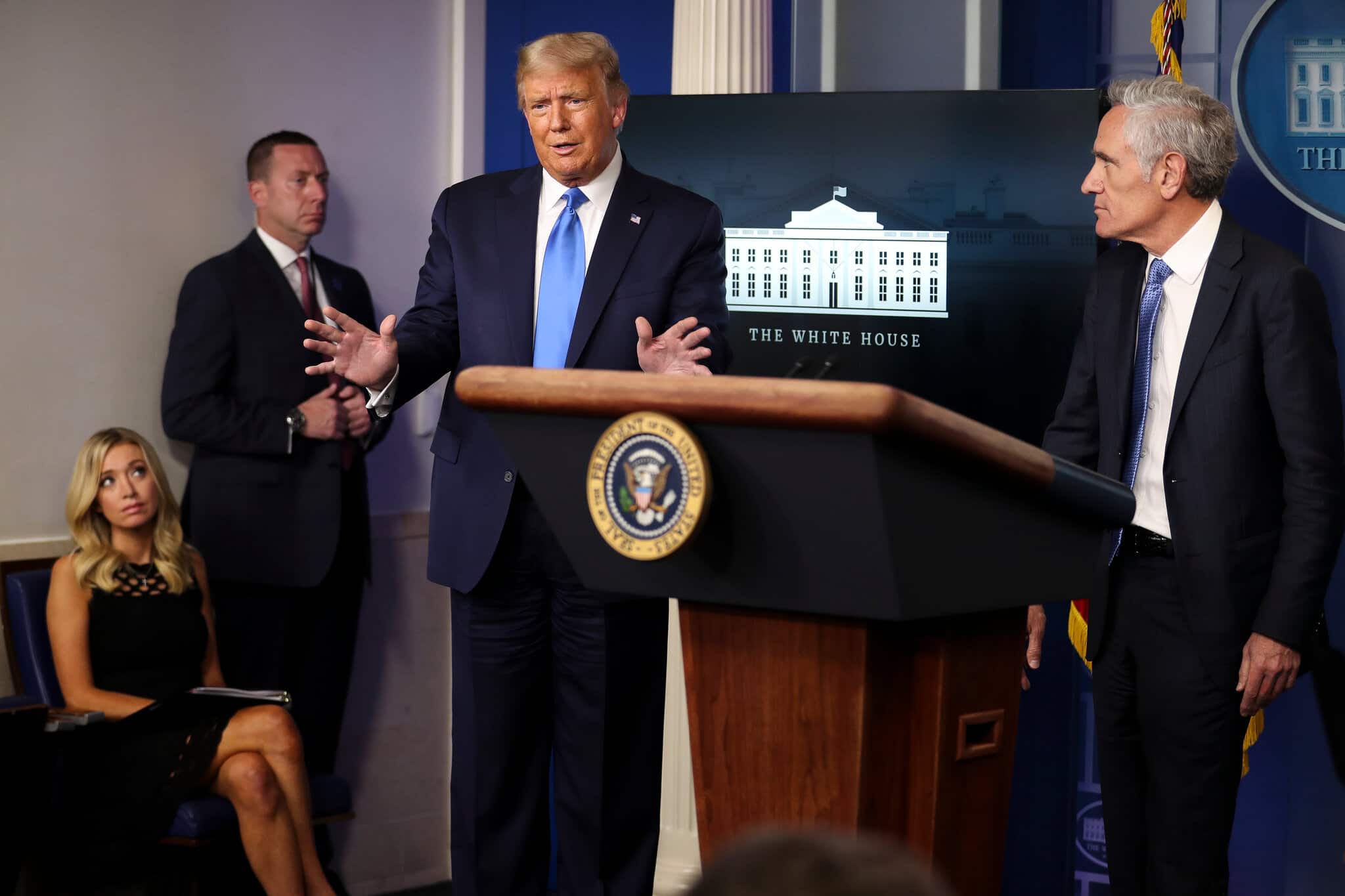 As Republican presidential front-runner Donald Trump grows in his delegate lead, knocking off one major rival after another, much of the Republican party have begun fretting about him securing the nomination at the Republican National Convention in Cleveland, Ohio, starting on July 18th. Yet, prominent Republican leaders, such as House Speaker Paul Ryan, have decried his ideological heresy and encouragement of violence on one hand, but continue to say they’ll back whoever wins the nomination on the other. Recent analysis shows that Trump is likely to go into the convention with a bare majority, but it could be extremely close. Now, the Editorial Board of the Washington Post, one of the nation’s premier newspapers, is pleading with the Republican party to use that dynamic to engineer a different outcome.

In an editorial, Wednesday, the Washington Post argued that the Republican party “must aim for a brokered convention” in order to “defend our democracy against Trump.” They did not hold back, comparing Trump to “strongmen” leaders, describing his campaign in the same terms that could be used to describe a true fascist like Benito Mussolini,

“Mr. Trump must be stopped because he presents a threat to American democracy. Mr. Trump resembles other strongmen throughout history who have achieved power by manipulating democratic processes. Their playbook includes a casual embrace of violence; a willingness to wield government powers against personal enemies; contempt for a free press; demonization of anyone who is not white and Christian; intimations of dark conspiracies; and the propagation of sweeping, ugly lies. Mr. Trump has championed torture and the murder of innocent relatives of suspected terrorists. He has flirted with the Ku Klux Klan and other white supremacists. He has libeled and stereotyped wide swaths of humanity, including Mexicans and Muslims. He considers himself exempt from the norms of democratic contests, such as the release of tax returns, policy papers, lists of advisers and other information that voters have a right to expect.”

Given the current context, this is a logical choice. But it is a stark, and chilling statement of where we are at this political moment in America. It is virtually unprecedented for a major newspaper to issue such a klaxon broadside against a presumptive standard-bearer of one of the two major parties. It’s one thing for a newspaper to say a man isn’t qualified to hold an office. It’s quite another to call on the party to bend the rules, overturn decades of precedent, and throw the man overboard. It underlines the extreme danger of the Trump candidacy that the media is drawing a moral line in the sand, ditching their usual role of riding in the sidecar of the political process.

Stopping Trump At The Convention Won’t Be Easy

Trump could come into the convention with a majority. If so, Republicans would have to turn some of his delegates even before the first ballot, a move with no precedent. If he comes in without a majority, he will nonetheless have far and away the most delegates. But if he does not win on the first ballot, the Republican Convention could become one of the most fascinating snake pits of political intrigue in generations. For decades, the party has steered their preferred candidate toward the voters, who have usually affirmed the choice with varying degrees of enthusiasm, and the outcome of the convention has been a well-choreographed, foregone conclusion. If a few thousand party hacks conspire to pull the rug out from under Trump, it could revive long-dead campaigns, like that of Jeb Bush, or Mitt Romney, or some true dark horse.

If Republicans did that, their caucus would be in absolute chaos. Trump menacingly implied that if the GOP took the nomination away from him, there would be riots, as the Washington Post pointed out. Even if Trump took the rebuke maturely, which is frankly hard to imagine, his millions of supporters would be incensed. That anger would be unpredictable, and difficult to tame or even channel. It would make the right wing half of the general election extremely volatile, and would hobble whoever the nominee is.

If Trump does secure the nomination, the Republican party could disavow him, and run a seasoned Republican as a third party candidate. Again, a name like Mitt Romney, 2012’s nominee, or even his running mate, Paul Ryan, could come up in that situation.

If the Republican party does the spineless thing and rubber stamps Trump’s Mussolini routine at the convention, large numbers of Republican voters could balk. Exit polls in some crucial states on Tuesday showed that numbers approaching 40% of Republican voters might refuse to vote for Trump and even consider a third party candidate. That could create an enormous opening for a middle-of-the-road fiscal conservative unsatisfied with the Republican party, to build a new kind of conservative brand.

Despite Trump’s frightening rise, internal schism is likely to define the right in the general election. But the Washington Post is right to insist that the Republicans not run the risk of finding out how Trump would govern.