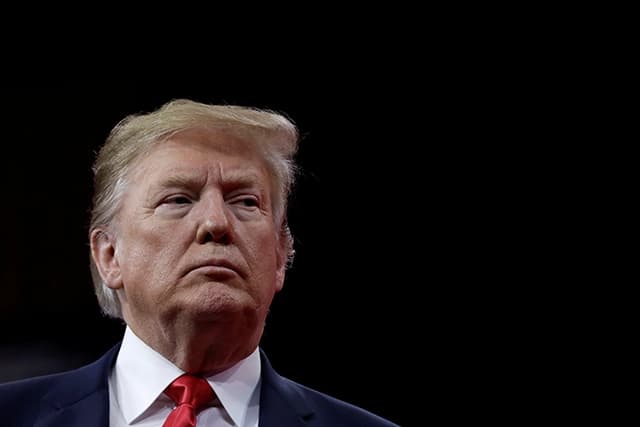 Republican Author: ‘We Are Now The Party Of Donald Trump’

A lifelong Republican author, who has, for thirty years, been a proud member of the GOP, has resigned from that party. And in leaving, he penned a powerful letter, reminding other Republicans that their party once stood for values. That, as a lifelong member of the GOP, he understands the inclination to simply accept Donald Trump as the party nominee and “soldier on” despite the man being morally reprehensible, but that line of thinking is wrong, and dangerous.

This letter is powerful. It’s powerful because it comes from a place of both love and despair. This is a man who admires what he believed his party once stood for so much that he is able to see, plainly, that it is no longer worthy of that admiration, and so, he will not take part in what he sees as the very thing that will ultimately destruct it — the election of Donald J. Trump.

We come together in political parties to magnify our influence. An organized representative institution can give weight to our will in ways we could not accomplish on our own. Working with others gives us power, but at the cost of constant, calculated compromise. No two people will agree on everything. There is no moral purity in politics.

If compromise is the key to healthy politics, how does one respond when compromise descends into complicity? To preserve a sense of our personal moral accountability we must each define boundaries. For those boundaries to have meaning we must have the courage to protect them, even when the cost is high.

From his fairy-tale wall to his schoolyard bullying and his flirtation with violent racists, Donald Trump offers America a singular narrative – a tale of cowards. Fearful people, convinced of our inadequacy, trembling before a world alight with imaginary threats, crave a demagogue. Neither party has ever elevated to this level a more toxic figure, one that calls forth the darkest elements of our national character.

Our leaders’ compromise preserves their personal capital at our collective cost. Their refusal to dissent robs all Republicans of moral cover. Evasion and cowardice has prevailed over conscience. We are now, and shall indefinitely remain, the Party of Donald Trump.

I will not contribute my name, my work, or my character to an utterly indefensible cause. No sensible adult demands moral purity from a political party, but conscience is meaningless without constraints. A party willing to lend its collective capital to Donald Trump has entered a compromise beyond any credible threshold of legitimacy. There is no redemption in being one of the “good Nazis.”

The man is Chris Ladd. You probably don’t recognize his name, because he’s not a big name in Republican politics. He has written for David Frum’s blog, the Washington Times, the Houston Chronicle and the Huffington Post. He has worked on numerous local and state Republican campaigns. The position he resigned — York Township Republican committeeman — isn’t major and won’t make headlines.

It may not have been a big job, and he may not be a big name, but he has a big voice. Let’s, as he says good politics should do, magnify his influence. Share his words. Let other Republicans know that they don’t have to “accept” Donald Trump as their party’s leader. They do not have to vote for him. They do not have to elect him. Doing so will, in the end, cause irreparable damage to the party they purport to love. Urge them to be the Republicans who, back in 2016, said “no” to the very worst in this country’s character, who collectively refused to participate in Trump’s ugly brand of politics, who said, simply, “Not us.”

Remind them, as Ladd said so powerfully, there is no redemption in being one of the “good Nazis.”